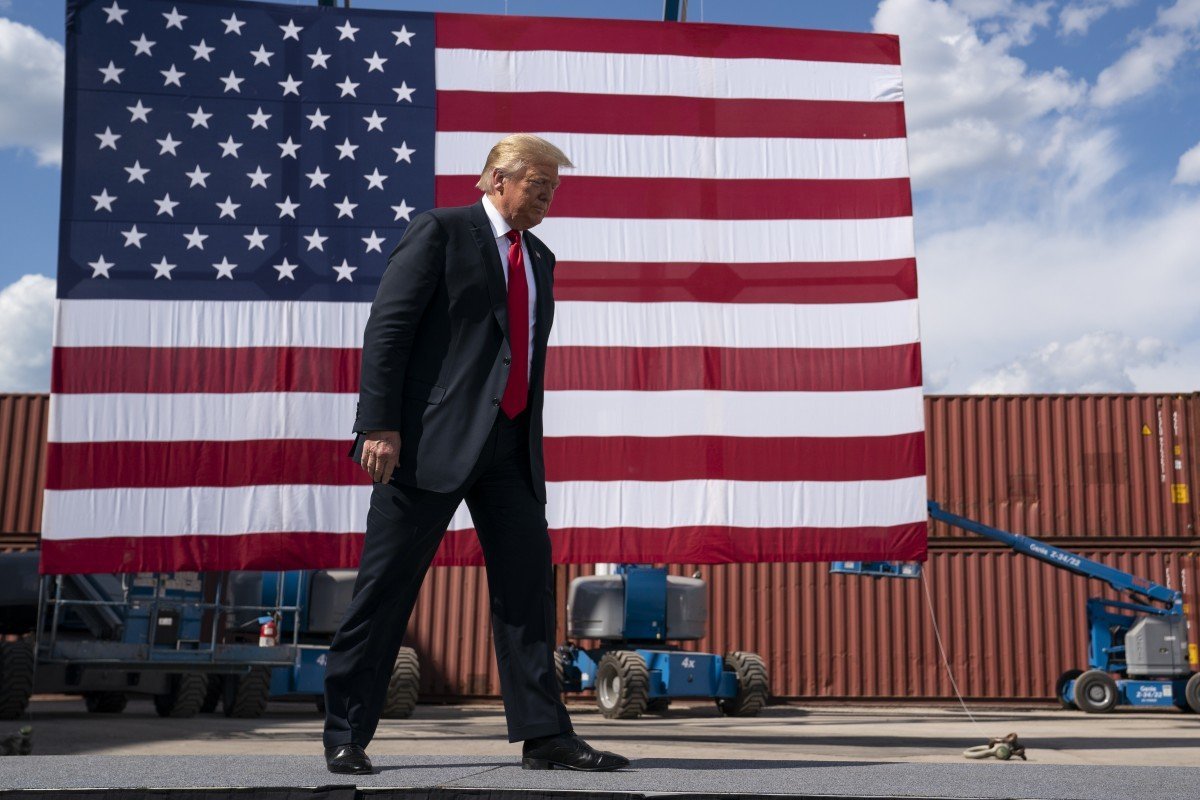 As US President Donald Trump faces pressure from rare bipartisan US congressional support for a bill authorising sanctions against officials deemed to have eroded Hong Kong’s autonomy, legal analysts are attempting to predict what exactly the American leader – who has shown a reluctance to dole out hard-hitting sanctions on China and Russia – will do next.

On Thursday, the US Senate gave final approval by unanimous consent to a bill requiring mandatory sanctions on individuals found to have helped end Hong Kong’s “high degree of autonomy” from mainland China, as well as financial institutions who fund them. The bill, passed unanimously by the House of Representatives the previous day, now awaits Trump’s signature.

Secretary of State Mike Pompeo will then have 90 days to decide which officials to sanction, with Treasury Secretary Steven Mnuchin then having up to 60 days to identify “any foreign financial institution that knowingly conducts a significant transaction with a foreign person identified in the report”.

“Not later than one year after the date on which a foreign person is included in the report,” the president must impose sanctions on officials that could ban them from buying US property or travelling to the country. At the same time, banks or other financial institutions found to have financial dealings with these individuals could be banned from US dollar transactions and have their own executives sanctioned.

By this stage, Trump may not even be in the White House, but analysts are nonetheless parsing his recent behaviour, statements and attitude towards bills relating to Hong Kong and China and finding a leader who is not happy to go gung-ho on sanctions.

At the White House’s instruction, lobbyists and Department of Treasury officials worked Capitol Hill trying to water down the Hong Kong Autonomy Act, the sanctions bill, to shape it into legislation that Trump would be happy to sign, said a former US government official, speaking on background due to the sensitivity of the issue.

Trump also confirmed late last month that he had declined to put sanctions on Chinese officials under the Uygur Bill for perceived human rights violations in forced detainment camps in Xinjiang because he wanted to protect his phase one trade deal with China.

“Probably the more sober assessment is to take a look at the president’s interests in this, take a look at the State Department’s messaging and look at prior cases and try to decide if the administration would be satisfied taking action against a big name, but doing it in a small way, getting those headlines and messaging out,” said Nicholas Turner of US law firm Steptoe & Johnson.

“That ticks off all their objectives without having to take that next step and do something which would be truly damaging to the financial institution, the global financial system and Hong Kong in particular,” Turner said.

Trump’s track record suggests that he is reluctant to use sweeping sanctions on Chinese and Russian officials, with experts pointing to the light touch sanctions doled out in response to the alleged Russian involvement in the poisoning of a dissident in Britain in 2018. Last March, Trump belatedly banned US banks from rouble-denominated transactions in Russia, but left Russian banks untouched.

Trump had been obliged to sanction Russia under the terms of the 1991 Chemical and Biological Weapons Control and Warfare Elimination Act, but did so reluctantly and not to the full extent of his powers under the law.

Instead, analysts expect surgical sanctions targeted at relatively low-level officials, such as Luo Huining, head of the Liaison Office in Hong Kong, who was recently appointed National Security Adviser.

Such sanctions would not come with the same commercial impact of those used previously on Russian oligarchs. Because they have vast networks of assets around the world, banks can face havoc from sanctions.

“We would expect any future US moves to be pretty targeted. That could involve entity-specific sanctions – so against specific individuals and companies – but we’re not expecting entire sectors to be cut off from dealing with China or Hong Kong,” said Nick Marro, global trade lead at The Economist Intelligence Unit.

“I think with the disruptions from Covid-19, the US knows it needs to tread carefully to prevent any blowback on its own economy, or the global economy.”

The legislation, if signed into law as expected, would impose sanctions on foreign banks who engage in “significant transactions” with Chinese and Hong Kong officials and others deemed to have eroded the autonomy of the city.

But it does not specify what constitutes a significant transaction, so it is unclear whether that would apply to instances as simple as having a current account at a local branch or taking out a mortgage for a flat in Hong Kong.

US Senator Pat Toomey, one of the bill’s sponsors, said covered persons could include police officers involved in a crackdown on protesters in the city or Chinese Communist Party officials responsible for adopting the national security law.

“It penalises banks that finance the erosion of Hong Kong’s autonomy – banks that would put marginal profits ahead of the basic human rights of the people of Hong Kong,” Toomey, a Pennsylvania Republican, said on the Senate floor on Thursday.

US banks are not included in the legislation, but would likely close accounts and sever ties with any blacklisted officials, as they have done in prior instances where Russian or Iranian officials and entities have faced American sanctions.

It can become more complicated for foreign banks that operate in the US or want to access the American financial system, particularly as the US dollar is a key currency for global trade.

Among the listed sanctions, the US could bar American institutions from making interbank loans to affected foreign banks, prohibit dollar clearing activities by those banks, forbid them from owning property in the US and ban them from serving as so-called primary dealers in transactions between the Federal Reserve and financial markets. Bank executives also could face similar sanctions and be barred from travelling to the US.

No Chinese banks currently serve as primary dealers with the Fed, but more than half of the 24 securities dealers who act as counterparties for the central bank are foreign institutions that could see their access cut off. Those lenders include Barclays, Credit Suisse, Deutsche Bank, Mizuho Financial Group, Nomura Holdings and UBS.

However, the biggest challenge could be for HSBC, which is based in London but generates most of its profit in Asia.

The lender, a primary dealer in the US, publicly supported the national security law tailored for Hong Kong, its biggest market, in June, along with a litany of businesses that depend on the city as a profit driver, including Jardine Matheson, the owner of the Mandarin Oriental hotel; Swire Pacific, the parent of the city’s de facto flagship carrier Cathay Pacific; and banking rival Standard Chartered.

HSBC previously ran afoul of American sanctions in 2012 and agreed to pay US$1.9 billion to the US government as part of a settlement to avoid criminal prosecution. It was accused of laundering at least US$881 million in Mexican drug proceeds through the US financial system and allowing US$660 million in prohibited transactions from countries facing US sanctions, including Cuba, Libya and Iran.

Trump has time to make the decision, but the speed with which the bill moved through both chambers of the US Congress suggests that he is under pressure to crack down hard on China, with other legislation to punish Beijing also currently under consideration.

“The US government might be looking to see what it all means: how forcefully China will implement the law, how widespread and vocal the opposition is from the Hong Kong people, the pressure from Congress, and the potential impact on US economic interests,” said Kenneth Jarrett, senior adviser at Albright Stonebridge Group and former US deputy consul general for Hong Kong. “In principle, the next action should be the specifics on the visa sanctions, since that has been announced. There’s been talk of some refugee status arrangement for Hongkongers, but we do not know how quickly that will move.”