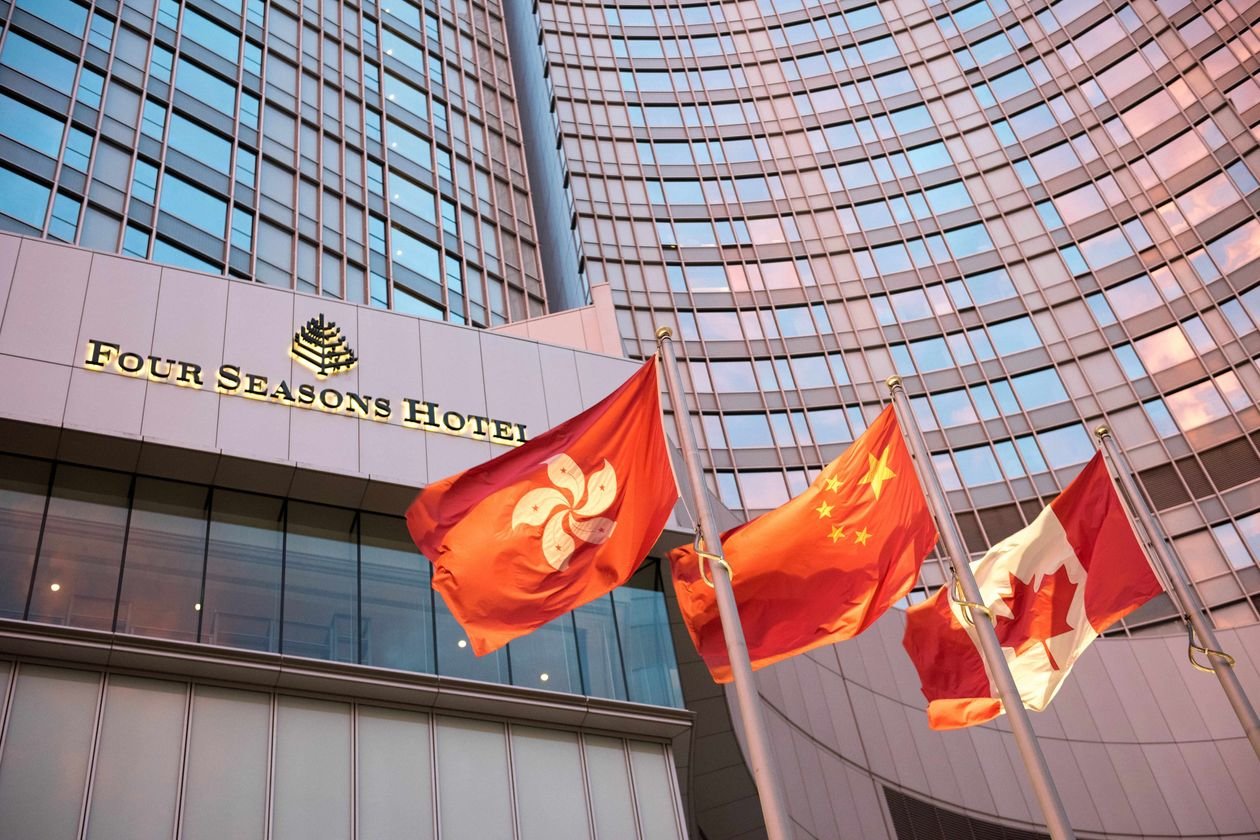 Western companies with large operations in Hong Kong are activating plans for employees to work remotely, and considering how to respond to a variety of possible scenarios, as protests and police actions in the city become more widespread and unpredictable.

On Tuesday, as protesters disrupted Hong Kong’s airport for a second day after earlier causing scores of flights to be canceled, bankers and company executives said rising social unrest in the city—now in its 10th week—has led to postponements of business meetings, deal discussions and other events.

Three Hong Kong-based bankers said investment roadshows planned for this month—including one for a Chinese property developer planning its inaugural sale of U.S. dollar bonds—have been put off until September. Some bankers have been forced to cancel trips to meet clients, while executives at some Chinese debt issuers have also delayed trips.

BlackRock Inc., the world’s largest asset manager, has rescheduled a two-day conference at the Four Seasons Hotel in Hong Kong that was supposed to take place in early September. The event, which usually draws top BlackRock executives and more than 100 of the firm’s clients to Hong Kong, is now planned for February.

“Despite the planning to date, we believe the event is best held at a later time when more attendees from throughout the region are able to join,” BlackRock said.

What started off as peaceful demonstrations against a contentious extradition bill have escalated, with clashes between protesters and police becoming more violent and frequent. Police have fired rounds of tear gas in residential neighborhoods and subway stations, as protesters’ tactics have become more fluid and geographically dispersed.

The situation has led many companies to hold employee briefings and circulate memos advising staffers on what to do if they find themselves in danger or can’t travel to work.

European insurance giant AXA, which has about 2,000 employees in Hong Kong, has security teams closely monitoring the situation in the city and at times has asked people to leave the office early because of the unrest, said Gordon Watson, the company’s chief executive for Asia.

“We advise our people to be cautious, stay alert and remain calm,” he said, adding that AXA has also encouraged managers to allow flexible working arrangements for their teams, including working from home. Mr. Watson said the company also provides a third-party hotline that employees and their dependents can call for counseling and other advice.

At Goldman Sachs Group Inc., Hong Kong-based employees are receiving frequent communication updates on travel and safety issues including advice on contingency plans, a spokeswoman said. She declined to elaborate.

Citigroup Inc. has at different points during the protests closed some branches as a precautionary measure, according to a spokesman, guiding customers toward mobile-banking access. An internal memo sent to Hong Kong employees on Aug. 1 said the bank respects freedom of speech—a nod to people’s rights to take part in the protests—but also emphasized it was important to serve clients especially during difficult times.

Standard Chartered PLC closed branches in the city’s Admiralty business district in mid-June, and in the outlying district of Yuen Long in late July, because of the protests, directing customers instead to visit nearby outlets or use mobile-banking services.

Despite business disruptions and a growing economic hit to Hong Kong, most companies contacted by the Journal said it is largely business as usual and they aren’t making plans to move personnel, significant assets or certain job functions out of the city because of the protests.

That could change, however, if the situation escalates and becomes a major threat to workers’ safety, or causes major power shutdowns or other significant disruptions, some of them said.

For weeks, ATG Business Travel Management, a U.S. travel agency that books trips for large companies, has been telling clients it is safe for them to travel to Hong Kong despite the protests. Trip bookings to the city, however, fell 12% in July from a year earlier.

After protesters poured into Hong Kong’s airport Monday, the situation changed. “It’s escalating to the point that we are now reconsidering our advice to customers,” said Tammy Krings, ATG’s chief executive. “The concern is with these antigovernment protests you don’t know where the tipping point is, when it’s going to erupt.”

For now, ATG staff members are telling clients to hold off on making travel decisions if possible, and to trust their instincts. Several of the firm’s clients have decided to put off until October trips to Hong Kong that had been planned for next month, while others have asked to avoid connections through the city’s airport.