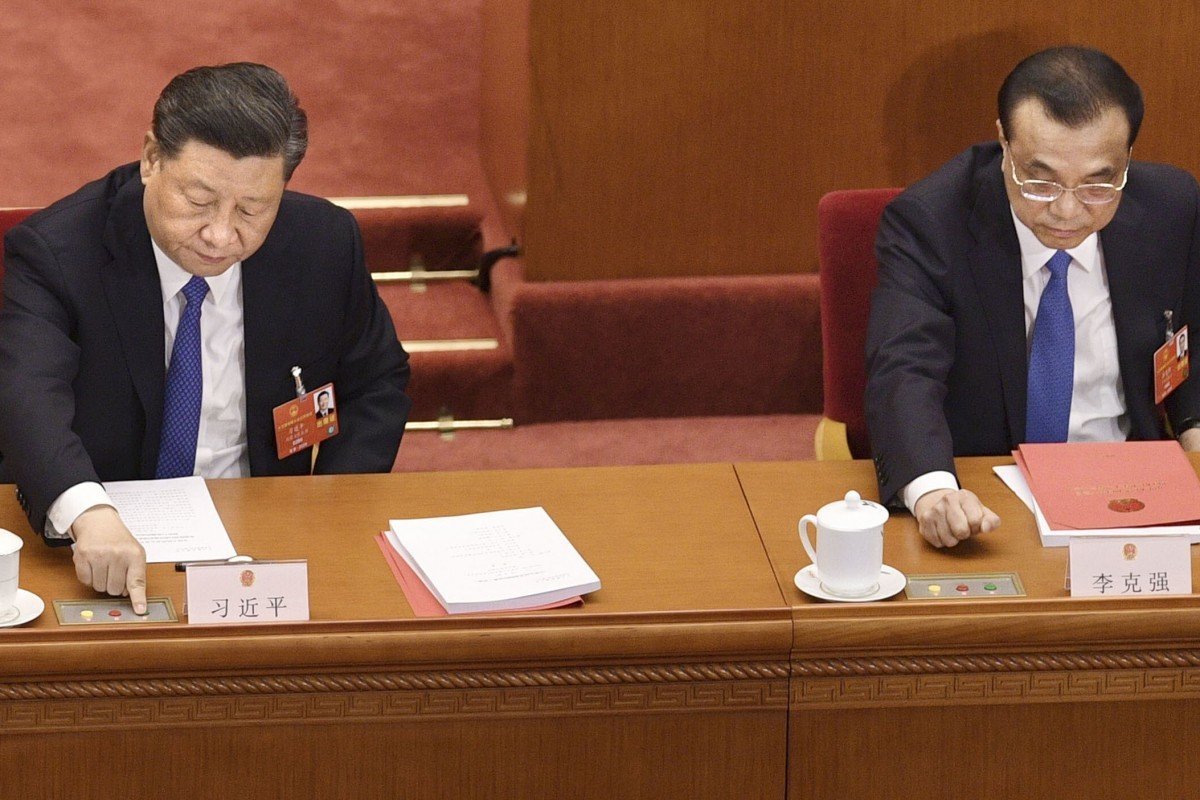 As the US prepares to unveil policy action against China over the new Hong Kong national security law, other nations prefer not to rock the boat. Some governments fear ‘touching a raw nerve in Beijing’, while others prefer to protect business interests with world’s second largest economy

While a series of major governments have expressed serious concerns about the new Hong Kong national security law approved by China’s legislature on Thursday, few are prepared to follow the United States in suggesting punitive action against Beijing, fearing they do not have the “leverage” to stand up to the world’s second largest economy.

Diplomats and analysts close to governments in Asia and Europe said that while there was “sympathy” with the pro-democracy movement in Hong Kong, leaders did not want to be seen to “interfere in China’s domestic affairs”.

The US State Department told Congress on Wednesday that Hong Kong was no longer considered autonomous from China, an assessment that could threaten the city’s long-standing special trading status. US President Donald Trump is expected to follow up with sanctions on individuals by the end of the week, with sources also suggesting that the “nuclear option” of revoking Hong Kong’s trade status is still in play.

US assistant secretary for East Asian and Pacific affairs, David Stilwell, told a briefing on Wednesday evening that “our job at the State Department is to do things that coordinate with ‘like-mindeds’ and get them to – those who share our ideas to stand up, be counted”.

Britain, the US, Australia and Canada scolded China on Thursday for imposing a new security law that they said would threaten freedom and breach a 1984 Sino-British agreement on the autonomy of the former colony.

“Hong Kong has flourished as a bastion of freedom,” the countries said. adding that the new national security legislation would “curtail the Hong Kong people’s liberties, and in doing so, dramatically erode Hong Kong’s autonomy and the system that made it so prosperous.”

But few seem willing to commit to following the US’ lead, with China taking aggressive steps to try and head off any sort of Washington-led coalition.

“I have deep sympathy for the people in Hong Kong, but there is nothing we can do about it,” said a Beijing-based foreign diplomat, who had read a letter sent out by Beijing to foreign embassies asking for their support of the law. “We do not want to be seen as interfering with China’s domestic affairs.”

A statement from Japan’s Foreign Ministry said it was “seriously concerned”, with the ministry summoning the Chinese ambassador to Tokyo on Thursday to directly express its concern.

But an analyst close to the Japanese government said that Tokyo does not have “enough leverage” to force China to change its policies towards Hong Kong.

“Without that economic or political power over China, the only thing that Japan can do is what it has already done, it can express its concerns,” said the source, who declined to be named, adding that Tokyo was also concerned about damaging its own economic ties with China. “So while the government may say it has serious concerns, it is also very keen to maintain a stable relationship with Beijing.”

In a statement issued to the South China Morning Post, a South Korean foreign ministry spokesman said: “We have close personnel and economic exchanges with Hong Kong. We believe it is important for Hong Kong to continue its development and prosperity under the one country, two systems rule.”

South Korea’s Foreign Minister Kang Kyung-hwa said on Thursday the government was “well aware of concerns over the recently growing international conflicts and their ripple effects”.

“The government is watching related developments very carefully,” she added, without mentioning the names of the US and China, as she presided over a meeting of government officials to discuss diplomatic strategies hours before the new Hong Kong security law was to be passed by China’s National People’s Congress.

Lee Seong-hyon, head of the Sejong Institute's Centre for Chinese Studies in Seoul, said South Korean people, who live in a vibrant democracy brought about by public protests in the past, are generally sympathetic with Hong Kong’s pro-democracy movement. But the government must prioritise national economic and security interests, Lee said, and cannot afford to be caught in the crossfire between China and the US.

“The government is facing the moment of truth now in the form of a very inconvenient question raised by both the US and China: Whose side are you on?” Lee said. “The shelf life of Seoul's so-called strategic ambiguity in the face of mounting rivalry between the US and China appears to have expired.”

Elsewhere in Asia, Taipei offered its “full support” to Hongkongers who would wish to flee the city due to the incoming law, but political analysts do not expect public rebukes from governments in India nor the 10 members of the Association of Southeast Asian Nations (Asean).

“As a general policy, the Indian state has decided never to interfere in the domestic politics of other countries,” said Sinderpal Singh, a senior fellow at Nanyang Technological University in Singapore.

“Therefore, the Hong Kong situation will not pose any kind of quandary for the government. When it comes to China, India has been very sensitive to not comment on what it sees as domestic issues such as Tibet, Xinjiang and now Hong Kong.”

Dylan Loh, an assistant professor at Nanyang Technological University, added that “the issue of Hong Kong’s autonomy, or lack thereof, does not rank very high in Asean’s priorities with China”.

“Frankly, none of the Asean countries have the economic and political wherewithal, nor the desire to irritate China over the Hong Kong issue,” said Loh. “Countries in Southeast Asia are sensitive enough to know that this touches a raw nerve in Beijing and that their influence on this is limited.”

European Union sources privately fumed about China’s move on Hong Kong, but business figures from the bloc are also concerned that they are caught in the middle of a power struggle.

He compared the situation to the fallout from Russia’s invasion of Crimea in 2014, after which “official sounding NGOs” tried to force European firms to choose between Russia and the US.

“European companies had to employ trade lawyers and lobbyists, lots of pressure built up,” Roessler added. “We wanted to do business with all of them. For us, Russia is important, the US is important, but China could really be a good market for us. It’s so difficult doing business in China anyway.”

Britain was so far the only European country known to have been working with US Secretary of State Mike Pompeo on a response to the former British colony.

“We are coordinating closely with international partners and the Foreign Secretary [Dominic Raab] spoke to Secretary Pompeo on the matter [on Wednesday] evening,” a British Foreign Office spokesman said.

“I would watch the G7 in the next few weeks, the United Kingdom in particular feel strongly about this issue, there is no way it stays off the agenda,” said a former senior White House official, speaking anonymously.