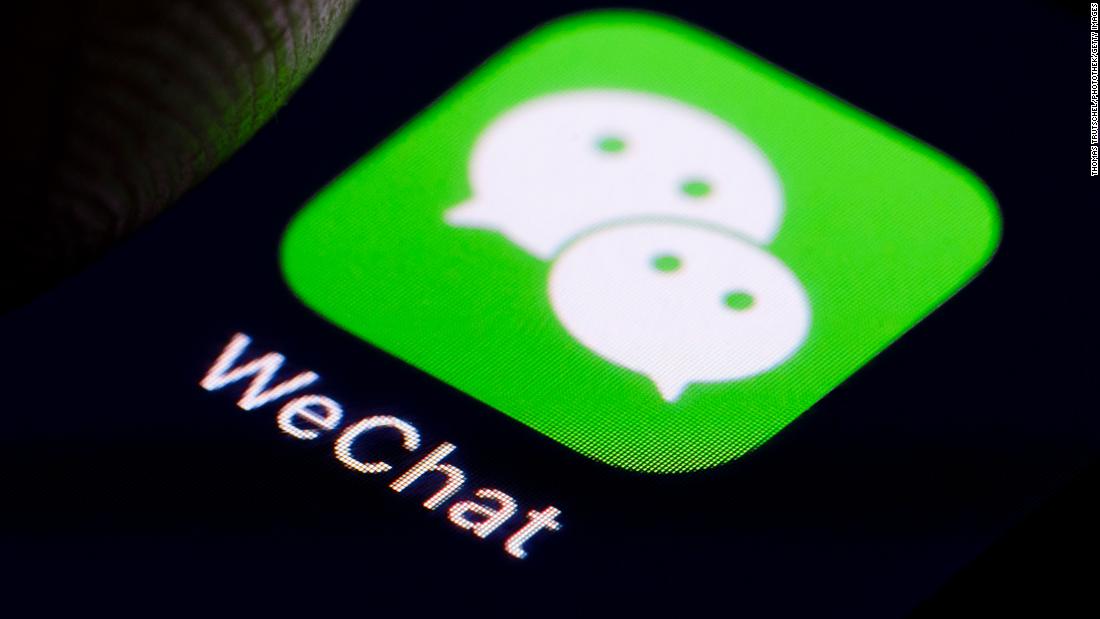 President Donald Trump's threat to ban WeChat has already upset millions of users in America who depend on the app as a lifeline to family and friends in China. But it could also become a major headache for US companies operating in the world's second largest economy.

The executive order, issued earlier this month, would prohibit Americans and US firms from "any transaction that is related to WeChat" — a significant escalation of the tech war between Washington and Beijing that has already resulted in sanctions and threats against other Chinese companies, including TikTok and Huawei.

The Trump administration alleges that WeChat poses a national security risk because it collects a lot of user data that could be accessed by the Chinese Communist Party.

WeChat's Chinese parent company Tencent (TCEHY) did not respond to a request for comment for this story. It said previously that it was seeking clarification of the order and has emphasized that the international version of WeChat is separate from the Chinese app, which is also known as Weixin. Its website says Tencent uses data "in strict accordance with applicable laws and regulations."

The order clearly targets usage of the app stateside, but its broad wording also suggests that its effects "could go beyond the United States, and restrict all US entities whether they were in the United States or globally here in China," said Ker Gibbs, president of the American Chamber of Commerce in Shanghai.

That would be a huge problem for US firms operating in China, where WeChat has become essential for hundreds of millions of people who use it to message friends, pay for goods, hail rides, book train tickets, order food and more. Companies use the platform to engage with customers, advertise goods, and most importantly, accept payments.

WeChat and Weixin users can easily send messages and payments to each other. And, like many other people, Tencent executives as recently as last year were using the names interchangeably.

The ubiquity of WeChat in China means the order could be a big problem for US companies.

Starbucks (SBUX), Walmart (WMT) and Nike (NKE), for example, could be cut off from customers who use WeChat to order their products. Walmart said last year that 30% of transactions in China came from its "Scan and Go" app, a program embedded within WeChat.

During an earnings call in December, Nike president and CEO Mark Parker said the company was seeing "great momentum" with digital partners, such as "Instagram and Google and Tmall and WeChat." The company uses the apps to build "relationships with the consumer," Parker said.

Starbucks, Walmart and Nike did not immediately respond to a request for comment.

Washington officials are reportedly seeking to reassure US companies that they can still conduct business with the WeChat app in China, according to a Bloomberg report citing people familiar with the matter. The report cited one person as saying officials are still deliberating the scope of the ban, and that "the president could ultimately overrule anything they decide."

But those reports are little comfort to many businesses, according to Gibbs, the AmCham Shanghai president. The business organization has 3,000 members from 1,500 firms, including Fortune 500 companies and small- and medium-sized enterprises.

"We're not reassured at all, and we're not hearing from the government at all," he said. "For US companies in China, losing the ability to use the WeChat platform could literally be an existential threat."

Gibbs added that "almost everything" in China is purchased using a digital platform like WeChat Pay or the Alibaba-affiliated AliPay.

Gibbs added that some companies have flagged that a ban limited to the United States could still affect their ability to accept payments using WeChat's platform, because orders placed in China often use global IT systems that pass through the United States.

Paul Triolo, geotechnology head at Eurasia Group, said the order could also require Apple (AAPL) to remove WeChat from its app store in China, which would be devastating. Last year, Apple made nearly $44 billion in revenue in greater China, an area that includes Hong Kong and Taiwan.

It would "be cataclysmic for Apple's business in China — without Weixin available on the iPhone, for example, sales would likely plummet," Triolo wrote in a note earlier this month.

"WeChat is like oxygen for a lot of Chinese people," said Mei Zhang, a Hong Kong-based columnist for Week in China. "It's hugely important, of course, for people inside China. But now increasingly, for people outside of China as well."

Chinese diaspora rely on the app to keep in touch with family.

A coalition of WeChat users in the United States filed a lawsuit against the Trump administration on Friday, challenging the executive order against the app.

"There are critical Constitutional protections at stake in this case. Chinese Americans use and depend on WeChat as their critical mode of communication, personally and professionally, every day," Michael Bien, co-counsel for US WeChat Users Alliance, said in a statement.

Zhang, for example, uses the app to stay in touch with her sister and her sister's children, who all live in the United States, and her mother, who lives in mainland China, where popular Western social media platforms such as Facebook (FB) and WhatsApp have long been banned.

"Three generations in three different parts of [the world], and the only way we can [...] constantly stay in touch — by doing calls, by sharing photos or making jokes — is through WeChat," Zhang said.

The Trump order against WeChat is expected to go into effect next month.