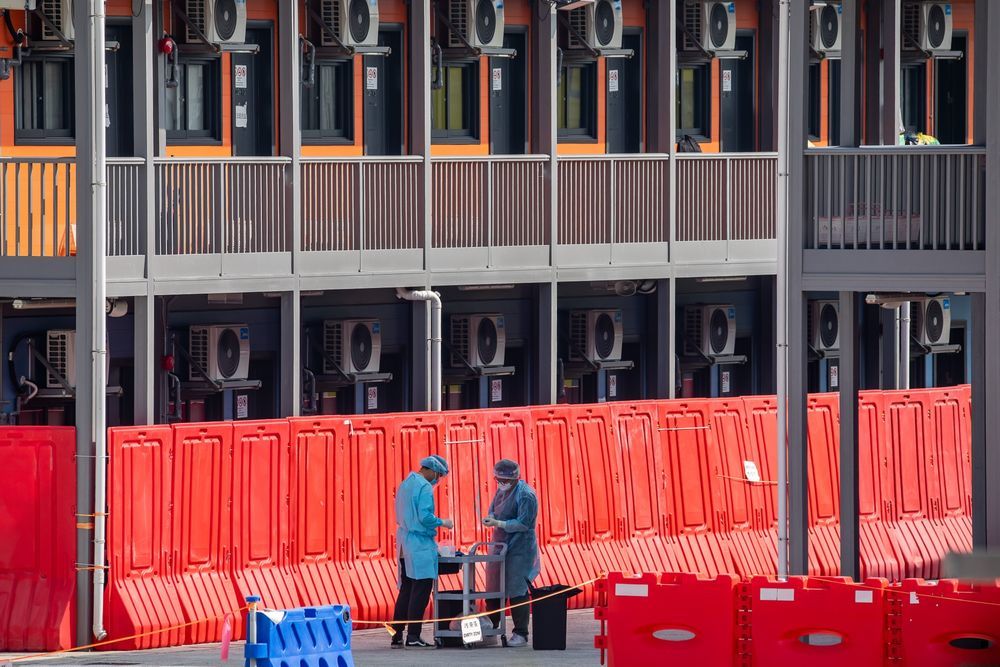 Some Hong Kong government officials who attended a large birthday party that emerged as a Covid-19 cluster may avoid the city’s spartan quarantine camp after a surprising turn of events.
One of the two people who were at the party and tested positive for the virus was found to be a false positive, microbiology and infectious disease expert Yuen Kwok-yung and Albert Au, an official at the government’s Center for Health Protection, said at a briefing on Saturday.

About 80 of some 180 people who were at the event and in contact with the woman, an anchor for broadcaster Radio Television Hong Kong, are not at risk of catching the virus, they said.

About 30 government officials gathered Monday for the birthday of Witman Hung, a local representative for the Shenzhen Qianhai Authority, despite government warnings to avoid mass gatherings. The celebration began at 6 p.m. as a dinner at a Spanish restaurant and then continued until about midnight, officials said Friday. The two guests who tested preliminary positive for Covid-19 weren’t at the party at the same time.

The sample from the RTHK anchor that tested positive was contaminated by a strain of virus used to make China’s Sinovac vaccine and isn’t a currently active strain, which ruled her out, Yuen said.

Hong Kong Chief Executive Carrie Lam ordered detailed investigations into government officials who attended the party, and said they have been told not to continue with their duties as they enter quarantine using their vacation leave. Those who will stay in the camp include Home Affairs Secretary Caspar Tsui.

The details about the party came to light as more evidence emerged suggesting that the highly contagious omicron variant was already spreading widely. Hong Kong now has at least three transmission chains and officials said they can’t rule out hidden clusters in the community.

A large outbreak would undermine Lam’s ability to maintain a Covid Zero strategy. That policy has underpinned her goal of restarting quarantine-free travel with the mainland. The scandal also risks feeding further public resentment against the Beijing-backed government, which has maintained some of the world’s toughest travel curbs, jailed scores of pro-democracy activists, forced newspaper closures and installed a new opposition-free legislature.
#COVID-19  #vaccine  #Covid
Add Comment