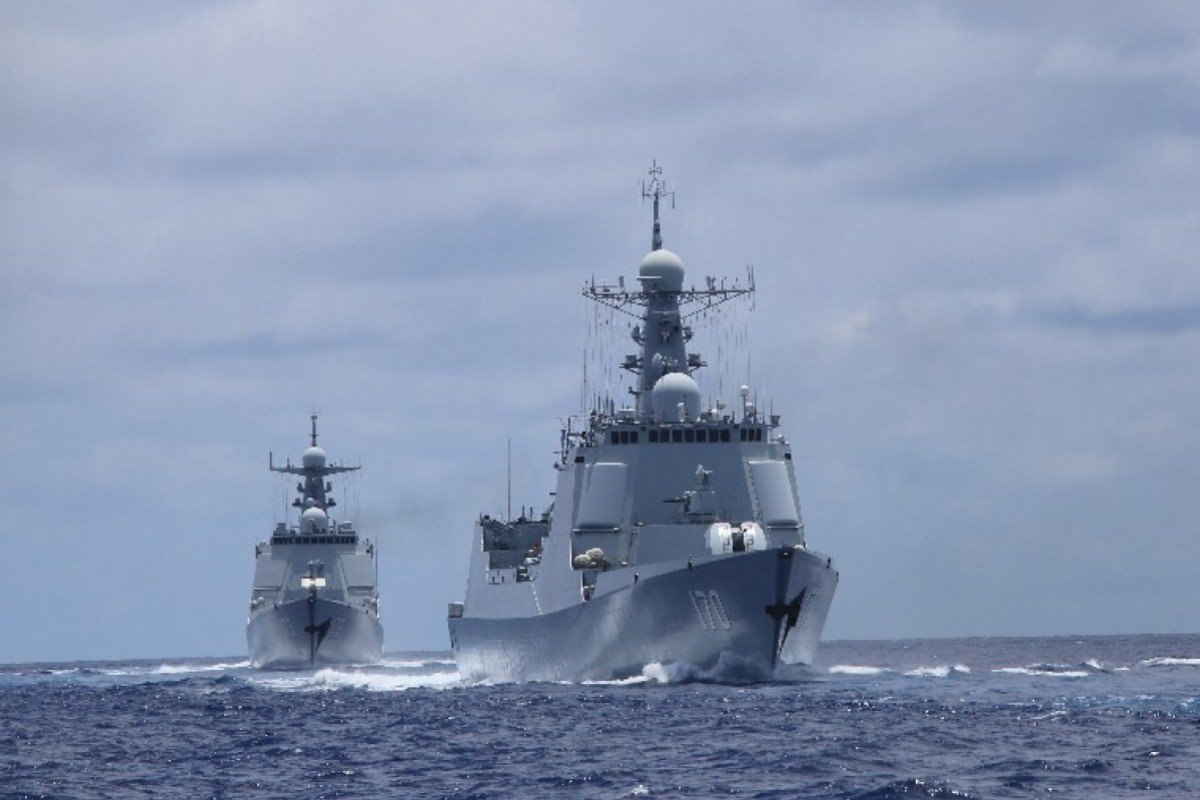 Risk of military conflict between US and China higher than ever, experts say

Tensions rose after near-collision between American and Chinese destroyers, according to president of National Institute for South China Sea Studies. Existing communication mechanisms might not be sufficient to keep every encounter under control, Nanjing University professor says

The risk of a military conflict between China and the US is higher than ever as communication channels between the countries’ armed forces have fallen largely silent, Chinese experts say.

Wu Shicun, the president of the National Institute for South China Sea Studies, said that with Beijing and Washington locked in a rivalry on multiple fronts, the political distrust that had built up between them had led to hundreds of “track one” intergovernmental communication channels shutting down.

According to a report about US military presence in the Asia-Pacific region released by the institute on Tuesday, communication between the US and Chinese armies has been in sharp decline since 2018.

Relations deteriorated after the US withdrew its invitation for China to take part in a large-scale, multinational naval exercises, known as Rim of the Pacific, two years ago.

The US said it was in retaliation for the People’s Liberation Army deploying missile systems and landing a bomber aircraft in the Spratly Islands in the South China Sea, the report said.

“I think the risks of conflict are rising, especially after the near-collision between the USS Decatur guided-missile destroyer and China’s destroyer the Lanzhou in September in the South China Sea,” Wu said.

In a tense face-off in September 2018, the USS Decatur, which was performing a “freedom of navigation” operation, came within 41 metres (130 feet) of the Lanzhou close to Gaven Reef, which China claims as its territory, according to the US Navy, though Beijing accused the US of taking “provocative actions”.

“If situations get out of control and a crisis happens, the impact on bilateral relations could be devastating. And that’s why dialogue is needed,” Wu said.

While military conflicts have flared up from time to time, the two sides have prevented them from escalating, and communication channels have played a significant role in that.

Conflicts include the Taiwan Strait Crisis in the 1990s, when Beijing launched a series of missile tests in the waters surrounding the self-ruled island, and the 2001 mid-air collision of a US EP-3 Aries and a Chinese fighter jet near China’s Hainan island that resulted in a death of a Chinese pilot.

Among the communication channels are a hotline between the two defence ministries and a dialogue mechanism for the two armies.

Military officials from the two countries also meet unofficially at events like the annual Shangri-La Dialogue in Singapore, although this year’s meeting had to be cancelled because of the Covid-19 pandemic.

But as the tension between Beijing and Washington has grown, so have been the fears of a new Cold War. For the first time since the actual Cold War, three 100,000-tonne US Navy aircraft carriers are now patrolling in the Pacific Ocean, while the US Pacific Fleet said last month that all of its forward-deployed submarines were conducting operations in the western Pacific.

Earlier this month, Taiwan’s defence ministry said it scrambled its warplanes to warn off a group of Chinese fighter jets that had crossed the Taiwan Strait and briefly approached the island, only hours after a US transport plane had flown over the same area.

Zhu Feng, a professor of international relations at Nanjing University, said the existing mechanisms might not be sufficient to keep every encounter under control, and the two sides should come up with a more effective way to manage possible crises.
“I am quite concerned as the encounters of the two armies in the South China Sea and Taiwan Strait appear not to be incidental but intentional, both at sea and in the air,” he said.

“I am quite concerned as the encounters of the two armies in the South China Sea and Taiwan Strait appear not to be incidental but intentional, both at sea and in the air,” he said.

Chinese military officials have not met their US counterparts in the Indo-Pacific Command since 2017.

“I think the Indo-Pacific command should engage in communication with the Chinese counterparts,” Zhu said.

“This is acquaintance-building between the two armies. We can’t just rely on speculation to know each other.”