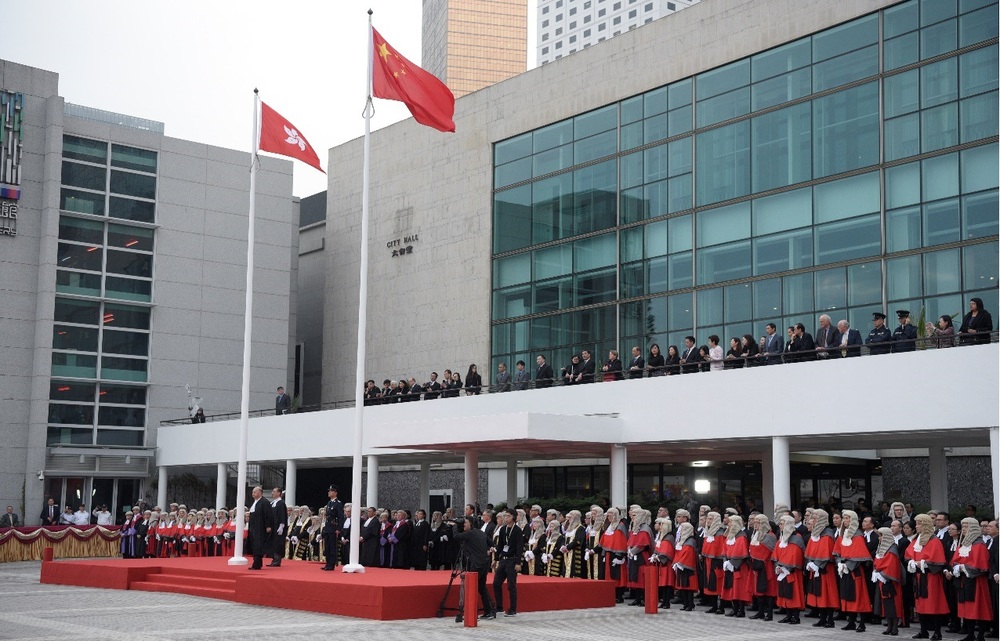 A proposed new law that tightens patriotic loyalty tests for Hong Kong politicians could also ensnare the city’s judges, further threatening its vaunted judicial independence, say legal scholars, lawyers and diplomats, Greg Torode of Reuters reports.
They warn that the so-called “negative list” - which proscribes unpatriotic acts - under the oath-taking bill is far too vague and could put judges under intense pressure if their rulings and judgments are viewed as challenging the government.

The bill, launched last month and due to be debated in the city’s legislature this week, is part of a new drive by the Chinese and Hong Kong governments to ensure only “patriots” govern the city.

Long seen as the bedrock on which Hong Kong’s freedoms and international financial status are built, the city’s independent judiciary and common-law-based legal system have grown in importance since the imposition of a sweeping national security law in June.

Diplomats, businesspeople and activists say that as various Hong Kong institutions crumble, including the legislature, local media and academia, the judiciary is the key remaining check on Beijing’s tightening authoritarian grip on its freest city.

Much of the bill involves ways that legislators and community-level district councilors can be disqualified if their oaths are deemed insincere. Such moves are expected to pave the way for mass disqualification of the pro-democracy politicians who humiliated the pro-Beijing camp when they won district polls by a landslide in 2019.

But as the city’s ranks of judges, including leading foreign jurists, must take oaths to Hong Kong under long-standing requirements, they also come under the sweep of the legislation.

Tsang defined patriotism as a “holistic love” that included the leadership of China’s ruling Communist Party.

Simon Young, a professor at the University of Hong Kong law school, said the vague nature of some of the elements of the negative list could spark intense scrutiny and complaints.

He singled out references to acts that had a “tendency” to undermine the order of the political structure or the “overall interests” of Hong Kong.

“These references are extremely vague and it creates more possible complications for how the judiciary itself has to regulate judges against these new standards,” Young told Reuters. “There is still time to clarify things... the point is we should not be defining these specific parameters of the oath in such vague ways with such over-reaching scope that it could undermine judicial independence.”

A spokesman for the judiciary said that because of judicial independence, it was inappropriate for it to comment on any legislative proposals. The Hong Kong government did not immediately respond to questions from Reuters.

The spokesman added that it had been stated in “express terms” that Hong Kong’s courts “shall exercise judicial power independently, free from any interference”.

“As reflected in their judicial oath, in exercising their judicial power, judges are required to determine and handle cases strictly in accordance with the law and legal principles,” the judiciary spokesman said.

The legislation would still have to comply with the Basic Law, which outlines judicial independence, including legal immunity for judges.

Senior lawyers warned the proposals added a new layer of outside political scrutiny and could complicate long-standing arrangements involving the appointment and disciplining of judges.

“The shift here is that you are not swearing to uphold a constitutional principle or value, but are expected to effectively make an oath to a party or an individual,” one veteran lawyer said.

A senior Western envoy said that the city’s once-extensive autonomy was “hanging by a thread” and that the “judges are all that is left.”

“We are telling the Hong Kong and Chinese governments not only that we and our business communities are watching closely, but that we are all deeply concerned at the prospect of what Beijing is styling as reforms putting extra pressure on the legal system,” the envoy said. “The judiciary must be left alone to do its work.”
Add Comment