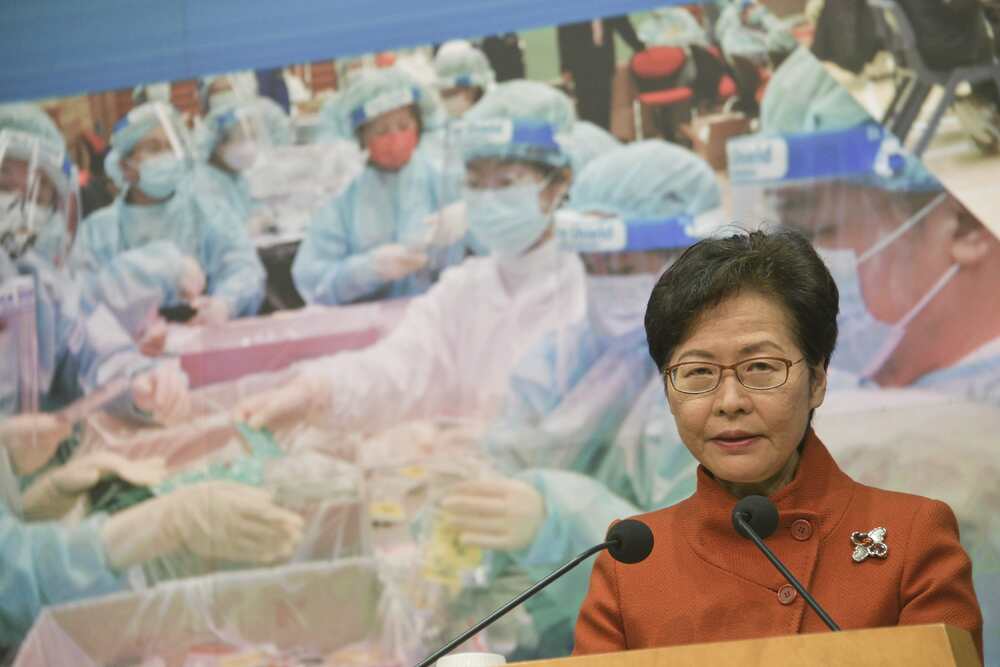 Hong Kong is still working out details of a plan to test its population for Covid, as surging cases overwhelm the city’s health system and throw its zero-tolerance approach to the virus into disarray.
Chief Executive Carrie Lam said details of the testing blitz are still being worked on, according to a government transcript of a media conference released late Thursday.

Chinese medical experts will likely be brought in to assist in the plan to test all of the financial hub’s 7.5 million residents, people familiar with the government’s thinking told Bloomberg News Thursday. Officials are still deciding whether to make the mass testing compulsory, they said, with vans currently used for vaccinations to be converted to mete out tests, one of the people said. The effort will probably start next month, local media have reported.

Hong Kong recorded 6,116 new Covid infections Thursday, along with 6,300 preliminary cases. The latter figure reflects specimens that are awaiting a second, confirmatory test. There are more than 10 patients in a critical condition. Officials announced measures to free up space at hospitals and isolation facilities, with segregating positive cases from the community a key way of containing the virus under the Covid Zero strategy by Hong Kong and China are still pursuing.

Chinese President Xi Jinping called this week for Hong Kong to take “all necessary measures” to contain the widening outbreak, which came after months of being virus-free. While other parts of the world start to live alongside Covid, Beijing is continuing to pursue elimination, with mass testing a key tool in an arsenal that also includes effectively closed borders and lengthy mandatory quarantines for travelers.
#Covid
Add Comment