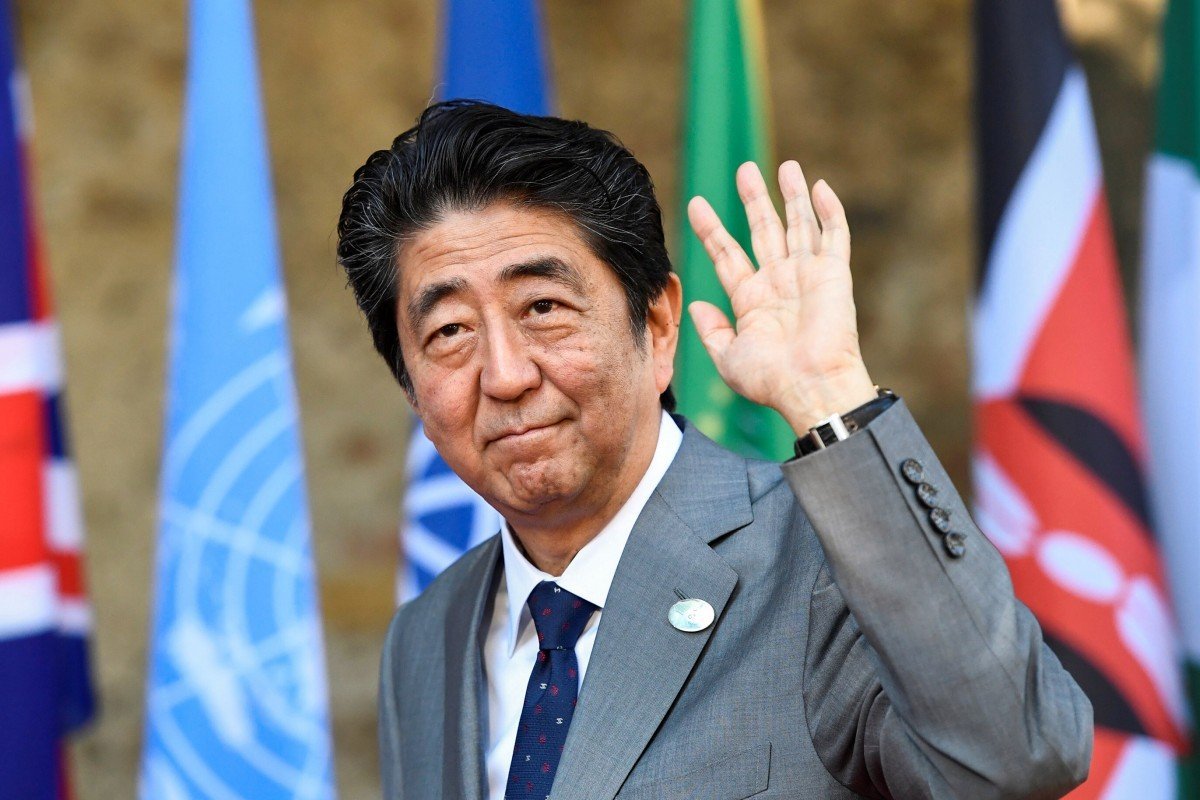 Japan will take the lead among Group of Seven (G7) countries in drafting a statement on China’s plan to introduce a controversial national security law in Hong Kong, Japanese Prime Minister Shinzo Abe said on Wednesday, as Tokyo joined Washington and London in putting pressure on Beijing.

By siding with US President Donald Trump on the issue amid rising US-China tensions, Abe is set to infuriate the Chinese leadership and cast a deep shadow on an already strained relationship between Tokyo and Beijing, observers said.

The move is also likely to add to the uncertainty around Chinese President Xi Jinping’s planned state visit to Japan – the first by a Chinese president since 2008 – which was initially scheduled for April but delayed due to the Covid-19 pandemic.
Noting that Tokyo had earlier expressed its “deep concerns” about Beijing’s move, Abe told parliament that “Japan wants to take the lead among the G7 countries in issuing a [joint] statement based on the premise of the ‘one country, two systems’ principle.”

Speaking during a session of the House of Representatives budget committee, he said that the G7, which “groups together countries sharing universal values such as freedom, democracy and rule of law, has a mission to lead global public opinion”, according to a Reuters report.

China’s foreign ministry spokesman Hua Chunying said on Wednesday that Beijing had expressed its “grave concern” to Japan over the planned statement.

Hong Kong and its legislation were China’s internal affairs and foreign countries had no right to interfere, she said.

Japan did not join the US, Britain, Canada and Australia when they issued a statement on May 28 – the same day China’s National People’s Congress passed a resolution calling for the new law – lashing out at Beijing’s flouting of its international commitments on Hong Kong.

Instead, it issued a separate statement expressing “deep concern” and summoned the Chinese ambassador to Japan.

It is not unusual for foreign ministers from the G7 – which comprises the US, Britain, France, Canada, Germany, Japan and Italy – to issue joint statements on global flashpoints and other hot-button issues, such as Ukraine, Syria and North Korea.

With much of the world caught in the crossfire of the intensifying China-US rivalry during a global public health crisis, observers said Japan is in a delicate position, torn between its economic interdependence with Beijing and geopolitical alliance with Washington.

“Ideologically and politically speaking, there is little doubt that Tokyo values its coalition with the US over the improvement of China-Japan relations, and it is on the side of the Trump administration in the China-US tensions,” said Liu Jiangyong, an expert on Japan at Tsinghua University in Beijing.

Although China’s often frosty ties with Japan have improved markedly over the past two years, the coronavirus crisis has dealt a blow to the fragile relationship, especially in the wake of flare-ups of tensions between Beijing and Washington, prompting growing fears of an outright confrontation.

While Xi has spoken to dozens of world leaders over the phone since the coronavirus was first discovered in Wuhan late last year, he has yet to talk to Abe, which Liu said was “a telling sign” of their strained ties.

Experts said that Abe is expected to take a soft approach to drafting the G7 statement, so as not to incur Beijing’s wrath.
“Japan shares the same worries as the US on Hong Kong and ‘one country, two systems’, but it is also concerned about an intensive confrontation with China,” said Liang Yunxiang, an expert on international affairs and China-Japan ties at Peking University.

“Japan would be exposed to greater security risks if the stand-off on Hong Kong between the US and China were to escalate, so it is likely to adopt a soft approach compared with the US and, objectively speaking, it might better serve China’s interests.”

Benoit Hardy-Chartrand, an international affairs expert at Temple University in Tokyo, said it remained to be seen how far the G7 statement would go, beyond reiterating what countries had said in earlier statements.

“Nonetheless, given the international clout that G7 members have, a joint statement always carries more weight than individual declarations,” he said.

Miwa Hirono, a Japanese professor specialising in China at Ritsumeikan University in Kyoto, said Abe’s move showed Tokyo’s willingness to take the lead diplomatically while “striking the right balance from the Japanese perspective”.

Depending on the content and language of the statement, most experts believe Japan’s stance on Hong Kong will damage its ties with China and make Xi’s state visit untenable.

Kyodo reported last week that Tokyo was unlikely to fix a new date for the visit mostly due to the coronavirus situation in Japan but also because of public opposition to Beijing’s move to tighten its grip on Hong Kong.

But Huang Jing, a professor at Beijing Language and Culture University, said Beijing should not overreact and avoid pushing Japan further into the US camp.

“At a time of boiling tensions with the US and Washington’s attempt to forge an anti-Beijing coalition, it’d be unwise to link Xi’s visit to Japan’s moves on Hong Kong,” he said.