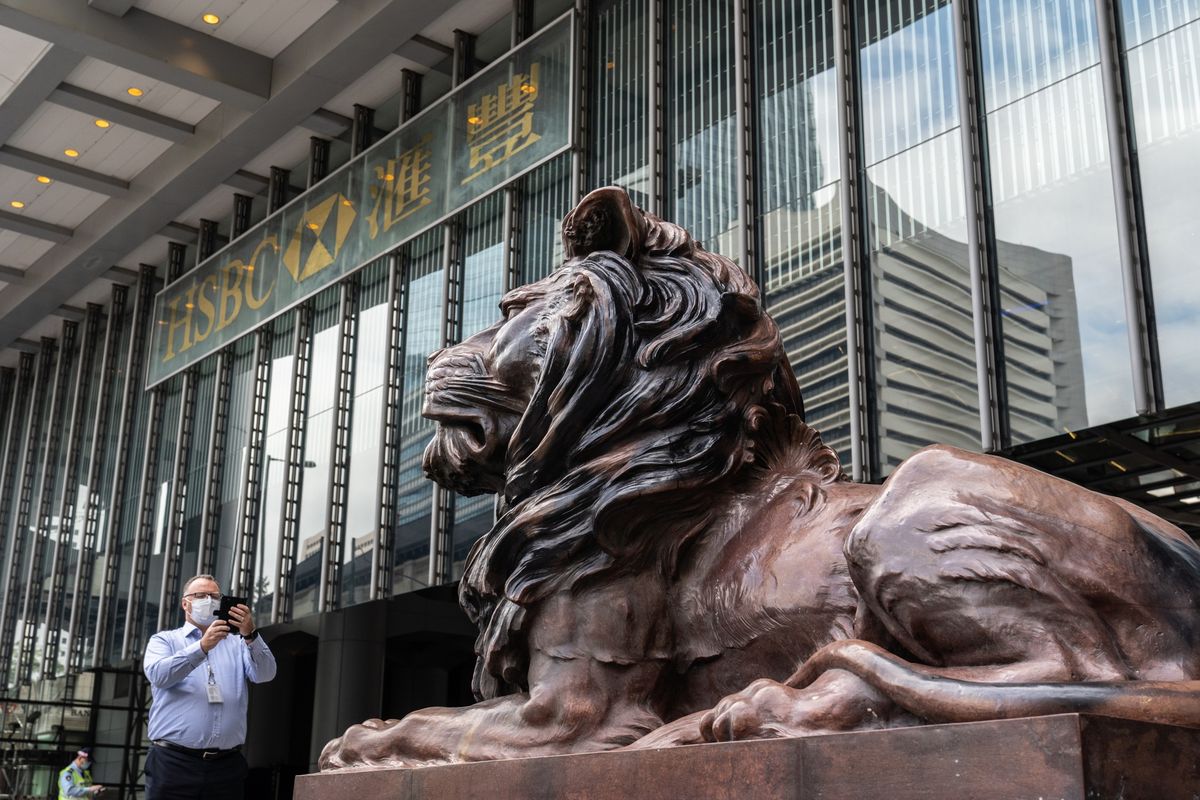 Damaged and defaced during tumultuous protests at the start of this year, the two bronze lion statues standing guard outside HSBC Holdings Plc’s main office in Hong Kong have made their return to the public in a city subdued by a Chinese crackdown on dissent.

The lions, nicknamed “Stephen” and “Stitt,” were unveiled on Thursday following an almost 10-month restoration project after they were splashed with spray paint and partly set ablaze during a mass march at the start of this year.

“Stephen and Stitt have watched over HSBC Main Building for 85 years,” Peter Wong, the bank’s Asia Pacific chief executive officer, said in a statement. “Through good times and bad, they have been an enduring part of Hong Kong’s story.”

Pro-democracy protests rocked the city for months last year, but have all but disappeared after China imposed a new security law on the city and strict social distancing rules were put in place to prevent the spread of the coronavirus. Most recently, attempts at protests on China’s national day earlier this month were quickly stamped out by thousands of riot police, who swept up scores of people before they could mobilize.

HSBC, which counts Hong Kong as its biggest market, has been caught in a tough spot. The attack on the lions came after the bank closed an account linked to the city’s pro-democracy movement in November. It has also seen some of its branches attacked.

Under pressure from Beijing, the lender also this year publicly endorsed China’s new security law, drawing further ire from activists in the city. The London-based lender’s relationship with China has become increasingly tense, with Chinese media blasting it over its role in the U.S. investigation of Huawei Technologies Co. Last month, the ruling Communist Party’s Global Times newspaper reported that the bank could be put on an “unreliable entity” list that aims to punish firms that damage China’s national security.

China is crucial in HSBC Chief Executive Officer Noel Quinn’s plan to boost profits. Quinn is speeding up shakeup of its global operations, pivoting further into Asia as its European operations lose money and it struggles with ballooning bad debt and low interest rates. The bank was this month for the first time since 2017 not part of a group of banks arranging China’s sovereign dollar debt sale.

But there are now indications the standoff with China could be easing. The Global Times on Oct. 20 in a post on Twitter highlighted comments HSBC Chairman Mark Tucker made to a conference in Shanghai about the bank’s plans to expand in China. The tweet was then followed up on by China’s U.K. ambassador, Liu Xiaoming.

#China is continuing to promote reform and opening up, and strive to create a better business environment, which will create more opportunities for international businesses, including #HSBC. @HSBC_UK https://t.co/w1IIA6Yh3r

The two lions -- animals the Chinese believe bring good fortune and prosperity to those they guard -- were first placed to watch over its Shanghai office in 1923. They were replicated in 1935 and shipped to Hong Kong, where one was named “Stephen” -- after A.G. Stephen, who commissioned the sculptures and served as the bank’s chief manager from 1920 to 1924 -- and the other “Stitt,” after G.H. Stitt, its then-manager in Shanghai.