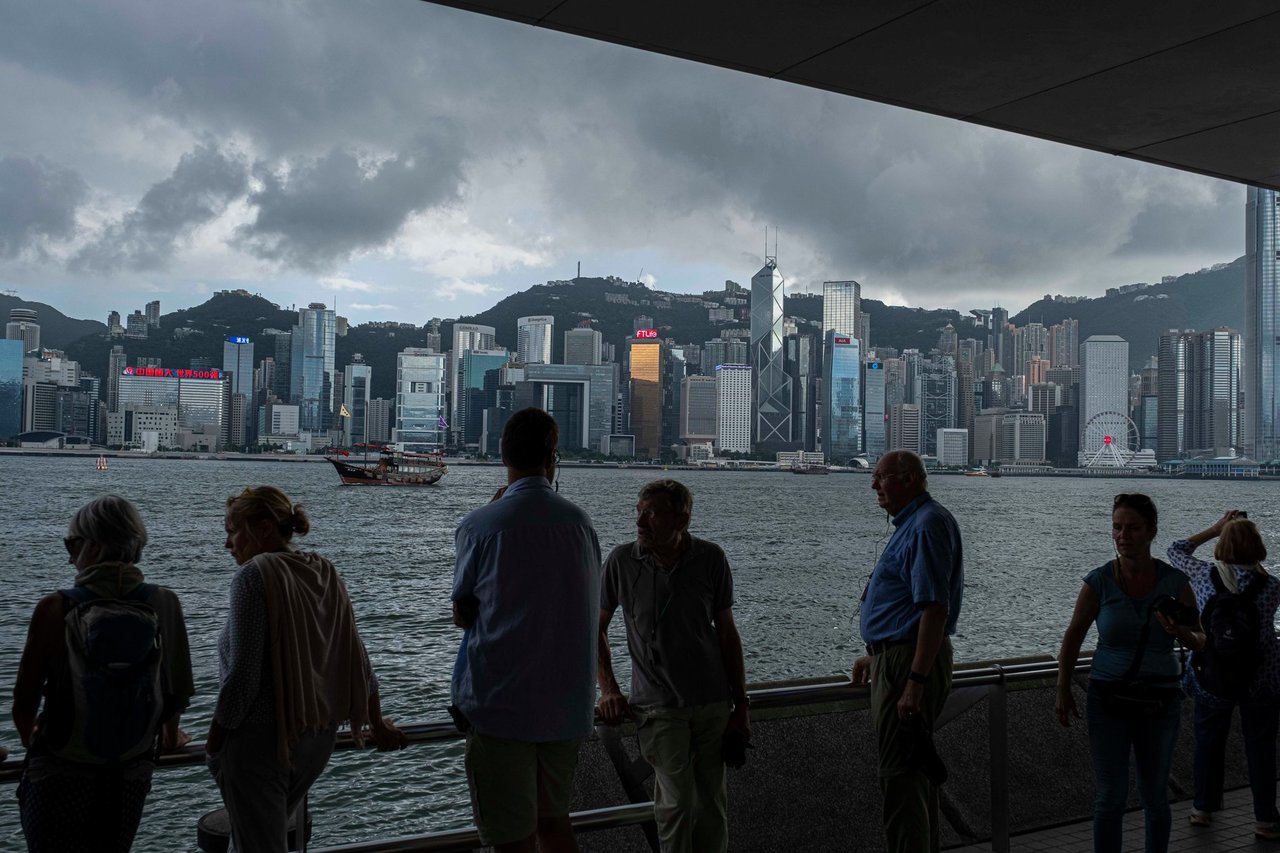 Hong Kong Was Once Passionate About China. Now, It’s Indifferent or Contemptuous

As a young student learning classical Chinese, I stopped off in Hong Kong nearly 40 years ago to catch a slow train up to Beijing, then still known as Peking. At the station, I bought a Chinese-language magazine of politics, culture and ideas that I was advised to hide when I crossed the border out of what was then still a British colony into China.

With only a rudimentary grasp of modern Chinese, I spent much of my three-day journey north trying to decipher the Hong Kong magazine’s articles that were wrestling with China’s past political convulsions under Mao, its present challenges and future possibilities. It was my first taste of what was then the city’s raucous and passionate debate about China.

Hong Kongers at the time were endlessly curious about life across the border and, tugged by bonds of family, culture and in some case politics, saw their city as part of a bigger Chinese story.

But returning to Hong Kong this month after many years away, I found that the magazine was gone, along with what had been Hong Kong’s deeply felt role as a place inextricably tied to the rest of China, not just economically but intellectually and emotionally.

As the city’s political elite have become increasingly beholden to China, and its business leaders ever more intertwined with the mainland, many ordinary citizens have pulled away, becoming less engaged.

“People, particularly the young, are just not interested in China. They don’t care,” Lee Yee, the 83-year-old founding editor of that now defunct magazine, known first as “The Seventies” and later as “The Nineties,” said over coffee in a Hong Kong retirement home. China, he added, doesn’t stir excited discussion these days, only indifference or contempt.

In a busy shopping district on Hong Kong Island, a big sign still juts out over the street advertising the location of Causeway Bay Books, an emporium of weighty political tomes and salacious potboilers about China and its leaders, many of them banned on the mainland. But the shop — several of whose staff members were  abducted in 2015 and sent across the border into detention — has vanished, replaced by a sex toys store.

The demise of Mr. Lee’s magazine and the disappearance of Causeway Bay Books are small signs of a larger victory for the Chinese Communist Party in its long campaign to prevent Hong Kong becoming a “base of subversion” against its rule.

But by squeezing the finances of journals critical of Beijing, kidnapping booksellers and generally limiting the space for open discussion of China, Beijing has promoted what could be a more dangerous threat to its grip on Hong Kong: distance from and disinterest in China.

“Young Hong Kongers want nothing to do with China. They have no more interest in subverting China than they do in subverting Zimbabwe,” said Liu Kin-ming, a veteran Hong Kong journalist who now works as a consultant, advising companies on political and business affairs in China.

This is a dramatic turn for a city that, under British rule, sheltered and supported Sun Yat-sen, the leader of a 1911 revolution that brought down’s China’s last imperial dynasty. Hong Kong also gave refuge and sustenance to prominent revolutionaries working to overthrow the Nationalist government of Chiang Kai-shek in the 1930s and 40s.

Hong Kong played such an important role in shaping China’s history in the 20th century that, ahead of its handover to Chinese rule in 1997, many in the city seriously believed that the big question was not so much how China would change Hong Kong once it regained sovereignty but how tiny Hong Kong would change China.

Nobody believes that now.

Instead, despair has set in over China’s direction. And with it is a growing rejection of the country to which most people in Hong Kong are bound by ethnicity but that many now shun as an alien power.

Jin Zhong, the longtime editor of Kaifang, another China-focused magazine that has shut down its print version in recent years, though it still appears online, said hope and expectation about China had, despite its stunning economic success, curdled into bitter repudiation.

Hong Kongers “have totally lost faith in China,” said Mr. Jin, who now lives in New York. “For decades Hong Kong opposed ‘one-party rule’ on the mainland but nothing changed. All they got was one-man rule instead,” he said, referring to the Communist Party leader Xi Jinping. “Everyone feels disappointment. Why care about China? What is the point?”

Close links to China abound, particularly in Hong Kong’s economy, which has grown increasingly dependent on money from and trade with the mainland. And Hong Kong’s newspapers are filled each day with ever more slavish declarations of “love” for China by business people trying to protect their investments on the mainland.

But the ties of the heart and mind, at least among young people, have withered away.

The result is the blunt, handwritten message pinned to the back of a protester I met last week: “Hong Kong Is Not China.”

Under British colonial rule, most people in Hong Kong, including fierce anti-Communists, felt undeniably Chinese in the face of a system run at its highest levels by Britons who often couldn’t speak their language, didn’t know much about their culture and enjoyed a lavish lifestyle far beyond the reach of all but the richest Chinese tycoons.

But the British, whose obvious foreignness and colonial arrogance helped solidify a shared sense of being part of China among their subjects, have given way to a new elite of mandarins from Beijing. They also rarely speak the local language, Cantonese, also live apart and often seem no less — and sometimes even more — out of tune with ordinary Hong Kongers.

Even Communist Party-controlled newspapers in the city that were run largely by Hong Kongers during British rule are now staffed at their senior levels by mainlanders who view Hong Kong through a prism fixed decades ago by China’s late paramount leader, Deng Xiaoping. He regarded the city as a greedy, self-indulgent place that had no real interest in politics and so could easily reabsorbed into “the motherland.” In Hong Kong after 1997, Mr. Deng promised, “horses will still run, stocks will still sizzle and dancers will still dance.”

That promise has largely been kept so far. But it has come in tandem with a steady diminishment of the city as a place engaged in shaping China’s future.

This reduced role, said Eddie Chu, an elected member of Hong Kong’s Legislature and an early champion of the city’s localist movement, has fed a widespread sense of despondent detachment from the rest of China.

“As a city confronting an empire, it seems an obvious expectation that we are doomed,” he said.

For a foreigner, Hong Kong still feels unquestionably Chinese, its streets flashing with neon Chinese characters, its graveyards filled with tombstones recording ancestral homes in faraway provinces, its cacophonous restaurants offering endless varieties of Chinese cuisine. But for many Hong Kongers these are no more signs of the place being part of Communist-ruled China than the magnificent collections of Chinese art in Taiwan are proof that the island belongs to Beijing.

Mr. Lee, the editor, said it pained him to see this but added that the Communist Party had only itself to blame. He said it has treated critics in Hong Kong who considered themselves Chinese patriots as enemies and repeatedly frustrated hopes in the former colony that the system in China might become less repressive.

“Loving China,” he said, became synonymous with “loving the party,” something he and most people in Hong Kong don’t want to do. “I used to be a patriot. But of course I am not a patriot now.”