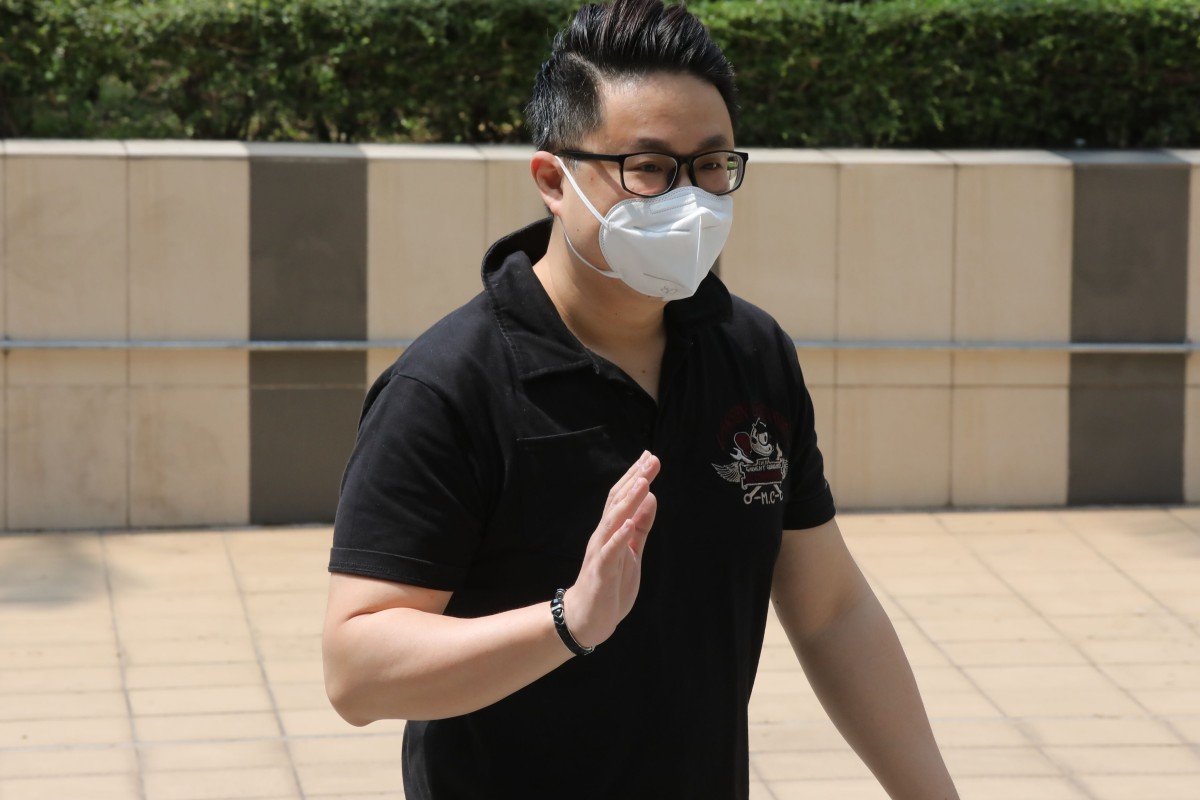 Weslie Siao, a former Chinese-language instructor, worked with two teachers to obtain confidential information on university exams, court finds. All three were found guilty of conspiracy to commit misconduct in public office and now face up to two years in jail

A celebrity tutor in Hong Kong faces up to two years in jail after being found guilty of leaking public exam questions online to boost his business.

Tuen Mun Court convicted Weslie Siao Chi-yung of two counts of conspiracy to commit misconduct in public office after he directed two teachers, who acted as examiners for the Hong Kong Examinations and Assessment Authority, to send him confidential materials about the university entrance tests in 2016 and 2017.

Cheung Kwok-kuen and Ng Wang-leung, who were Siao’s former classmates at Shue Yan University, were each convicted of a single count of the same charge and also face up to two years in jail. All three were remanded in custody.

Magistrate Kelly Shui said Siao had undermined the integrity of the city’s globally recognised exam system and had dragged “people around him into the pond for his own business”.

“This case is very serious. I will only consider immediate imprisonment,” the magistrate said as she adjourned sentencing to May 25.

Siao’s wife Tsai Ying-ying, who was an invigilator, was accused of supplying him with exam questions, but was acquitted of the charge of misconduct in public office after the magistrate ruled her breach of duties was less serious.

The court heard that Siao, a former Chinese-language instructor at the Modern Education tutorial centre, had Cheung send him questions used in the 2016 Chinese oral exams. The tutor posted them on his Facebook page before the exam period had ended.

The next year, Siao asked Ng to send him internal notes of the assessment authority on the marking scheme of the Chinese oral exam, which he used to create a video walk-through of the tests that he posted on his YouTube channel.

While no evidence suggested exam candidates had benefited from the leaks, the exam authority said the conspiracies perpetrated by the trio had led to perceived unfairness and tarnished public confidence in the tests.

The magistrate said that although the authority was not a government body, its work involved “substantial public interest” and the tests were of “international influence”; hence Cheung and Ng were charged with breach of confidence in public office.

Shui called Cheung’s actions “staggering” as he had sent the exam questions to Siao over nine days when the tests were being held, even on days when he was not acting as an examiner. That allowed the tutor to build up a reputation of having inside information about the tests.

“[Siao] is dubbed a ‘tutor king’. If he can obtain official information in the first instance and elaborate on it, he can make himself more popular and reputable, which in turn helps his business,” Shui said.

Ng gave details about the marking scheme to Siao, which allowed his students and online followers to potentially gain an edge over other candidates, the magistrate said.

Shui ruled Tsai had broken her promise to the exam authority to keep the test materials secret, but her actions were not serious enough to warrant the charge, especially as she was not contracted to the authority.

In mitigation, Siao’s lawyer David Ma Wai-kwan said his client had only intended to use the leaked materials to attract students not taking part in the exams. Cheung’s lawyer Amanda Li Wing-man said her client had been battling depression during the three-year-long proceedings.

Shui called for a background report on the trio before sentencing.

The exam authority said in a statement the production of public exam materials was a strictly monitored process subject to regular review. It also reiterated that all examination personnel were required to keep all test information confidential.