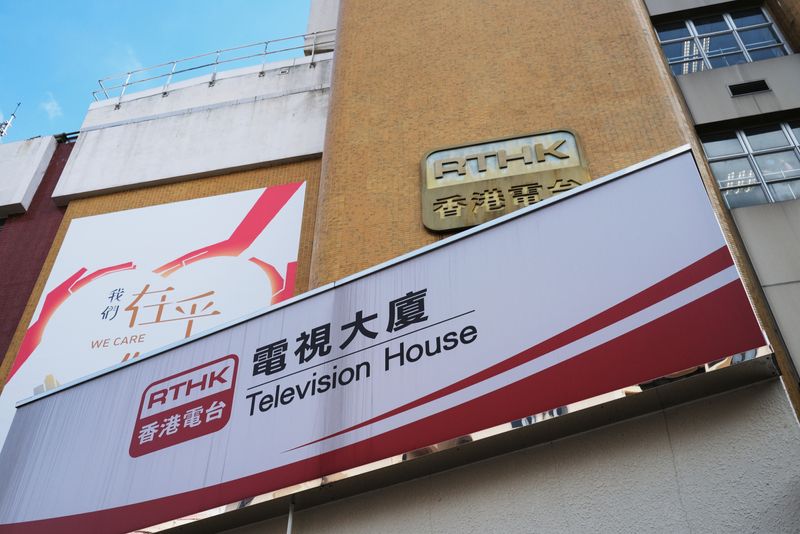 Staff of Hong Kong’s embattled public broadcaster were ordered on Wednesday to support the national security and interests of the Chinese and Hong Kong governments, the broadcaster reported, a move certain to stoke fears over press freedom in the city.

The only independent, publicly funded media outlet on Chinese soil, Radio Television Hong Kong (RTHK) has been broadcasting since 1928 and is sometimes compared to the British Broadcasting Corporation. Its charter guarantees it editorial independence.

The broadcaster angered the Hong Kong government, police and many across the city’s pro-Beijing establishment with its coverage of the anti-government protests that rocked the city for much of 2019.

RTHK said a detailed document was issued to staff setting out its editorial responsibilities, policies and procedures. It follows criticism in a government review in February.

The broadcaster reported the document, issued by management, stressed that RTHK programmes must not provoke or deepen hatred, discrimination or hostility towards the Beijing or Hong Kong governments.

It states that “under no circumstances should our programmes provide a platform to encourage, incite, promote, glorify, endorse or sympathise with any act or activity endangering national security or otherwise contain any contents which are contrary to the interests of national security.”

Staff that did not comply risked disciplinary action.

RTHK did not immediately respond to a request for comment.

China imposed a sweeping national security law on Hong Kong last year that critics say has been used to crush dissent in the city, an accusation authorities in Beijing and Hong Kong reject.

Hong Kong returned to Chinese rule in 1997 under a “one country, two systems” agreement that promised it wide-ranging freedoms unavailable on the Communist Party-ruled mainland.

Protests that roiled the city in 2019 were fuelled by perceptions that Beijing was tightening its grip on those freedoms, which authorities have denied.

RTHK’s role has come under increased scrutiny as the government implements its national security law.

The document “would enable RTHK to better fulfil its public purposes and mission as a public service broadcaster, and its responsibilities as a government department”, a press release on RTHK’s website said.

“RTHK is editorially independent under the Charter. This point is reaffirmed in the document.. However, editorial autonomy also involves responsibility,” the press release said.

RTHK quoted Kitty Choi, an adviser to the director of broadcasting, saying that staff could continue to interview people who were critical of the government.

The document also reminds staff to avoid contacts with foreign governments or political organisations to prevent conflict with their official duties.

They must also be cautious in their use of social media.

Some staff expressed confusion and concern to Reuters. “I’m not sure that I will be able to produce any more programmes that aren’t directly in line with the government’s stance,” one staff member said.

The memo follows several recent moves by the government to overhaul the broadcaster, with a review in February finding deficiencies in its editorial management and a lack of transparency in handling complaints.

A senior civil servant, Patrick Li, was appointed as director of broadcasting in March.