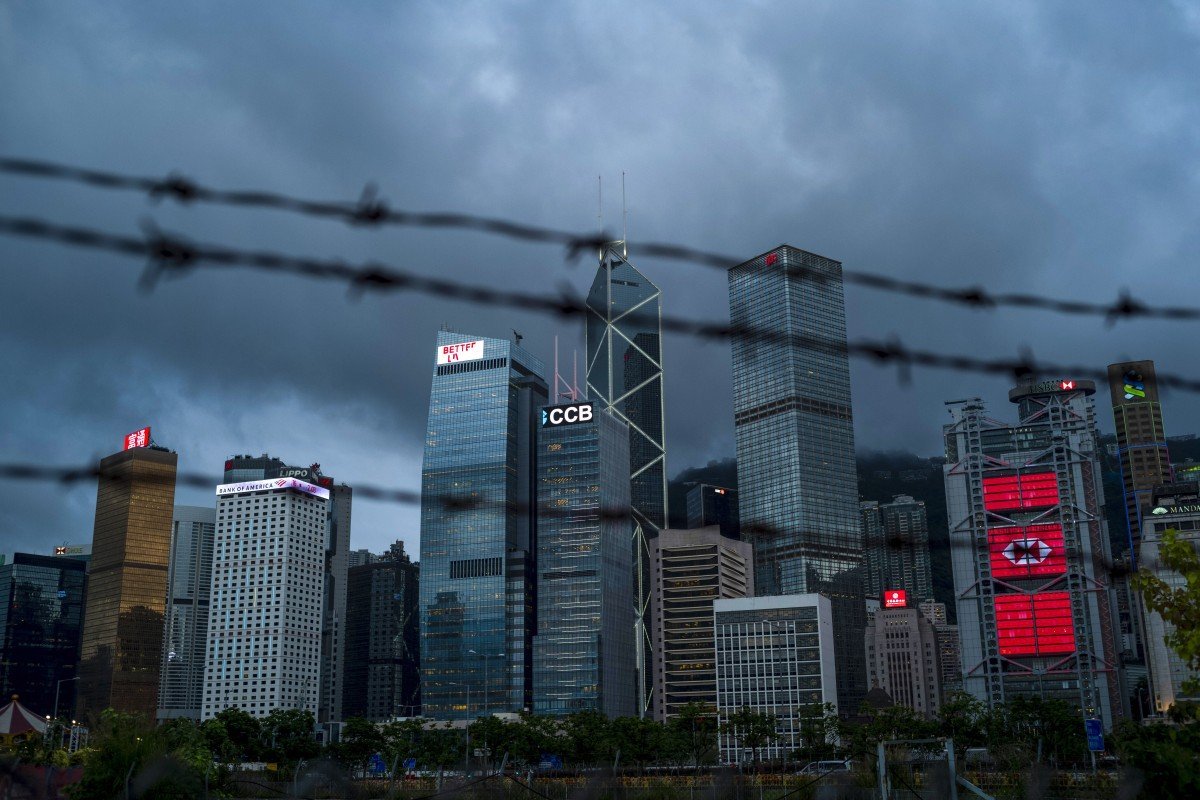 Hong Kong’s financial institutions, from banks and fund managers to brokerages and insurance companies, have been gripped by anxiety and uncertainty since the United States slapped sanctions on key local and mainland Chinese officials over the imposition of the city’s national security law.

Bank insiders told the Post on Sunday that they were caught between a rock and a hard place, having to tread an unclear line on US requirements to avoid doing business with the 11 officials named in the sanctions list while also ensuring they did not run foul of local law by complying.

They expressed surprise over the Hong Kong Monetary Authority’s (HKMA) assurance that unilateral sanctions had no legal status in the city, and that they were not obliged to comply, despite the risk of retaliation by the US.

Some also warned that the sanctions, on top of other punitive measures by Washington such as its crackdown on Chinese-owned video service provider TikTok, would temporarily rock Hong Kong’s financial market.

“Banks are operating globally and have business ties with the US. If we don’t follow the sanction rules, we will be penalised,” said one banker who asked to remain anonymous. “What we get from the HKMA is we should continue to serve those who are sanctioned.”

Chief Executive Carrie Lam Cheng Yuet-ngor and 10 other officials were sanctioned by the US President Donald Trump’s administration on Friday for their involvement in the implementation of the national security law in June and for their “actions or policies that threaten the peace, security, stability or autonomy of Hong Kong”.

They have mostly laughed off the sanctions, saying they have no assets to lose in the US, but their dealings with financial institutions and American businesses in the city may be more complicated because of compliance risks.

Beijing hit back at the sanctions for the second day in a row, with a spokesman with the Hong Kong and Macau Affairs Office saying the US used the sanctions to disguise both its failure to contain the Covid-19 pandemic and an ill-fated plan to subvert China by agitating freedom in Hong Kong.

The Office of Foreign Assets Control (OFAC), the financial intelligence and enforcement agency under the US Treasury Department, stipulates that US citizens and organisations or foreign nationals with US-based assets are generally barred from dealing with sanctioned individuals or entities.

In a circular issued on Saturday, the city’s de facto central bank said: “For the avoidance of doubt, unilateral sanctions imposed by foreign governments are not part of the international targeted financial sanctions regime and have no legal status in Hong Kong.”

The HKMA asserted that a unilateral sanction did not create an obligation under Hong Kong law and that licensed financial institutions were still required to treat customers fairly.

Josephine Chung Yuen-yee, a lawyer and founder of CompliancePlus Consulting, which advises financial institutions on legal compliance, said there was a process and procedure for Hong Kong regulators to implement sanctions ordered by the United Nations and other countries. That would involve the Hong Kong government gazetting a public notice for local compliance. 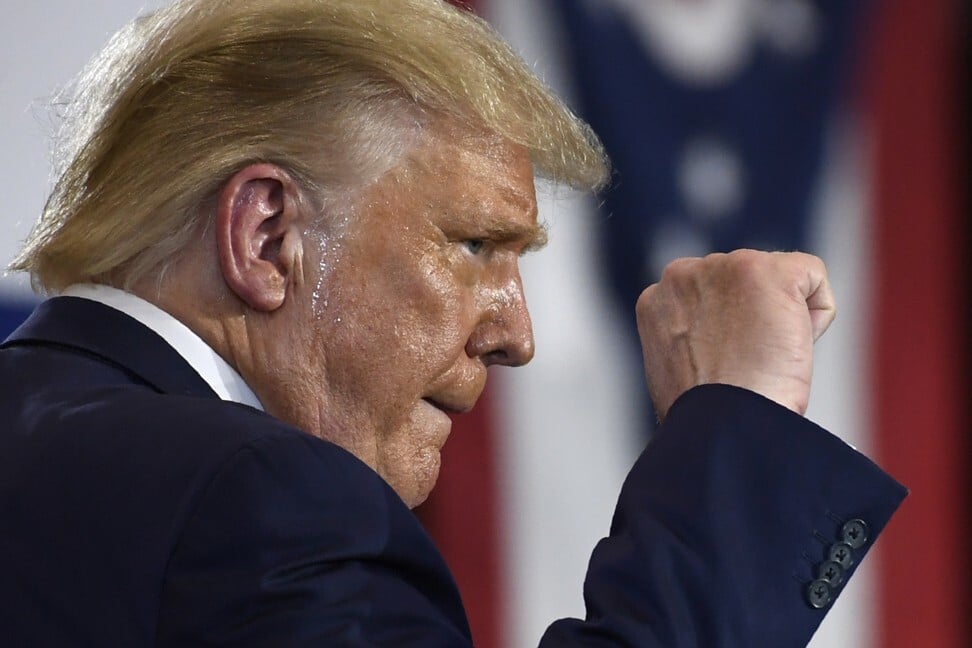 Donald Trump’s administration sanctioned 11 Hong Kong and mainland China officials on Friday for their involvement in the implementation of the national security law. Photo: AP

“For this US order, we have not seen any gazette notice yet and we do not think the government will issue such notice,” she said.

Benjamin Kostrzewa, a registered foreign lawyer at Hogan Lovells and a former attorney at the Office of the United States Trade Representative, suggested banks would have probably been re-examining their business dealings already with the people concerned in anticipation of the sanctions.

“The key is whether there is a US nexus, which can mean any US persons, including US banks, or US dollar-denominated transactions,” he said.

Nicholas Turner, a lawyer with Steptoe & Johnson in Hong Kong specialising in economic sanctions, said American individuals and companies domiciled or incorporated in the US had to follow OFAC sanctions 100 per cent of the time unless agency licensed or exempted their transactions.

Non-US banks in Hong Kong are not “ordinarily” required to follow OFAC regulations – they have a choice but it can get complicated when conducting transactions involving a “US person”, which includes American banks. 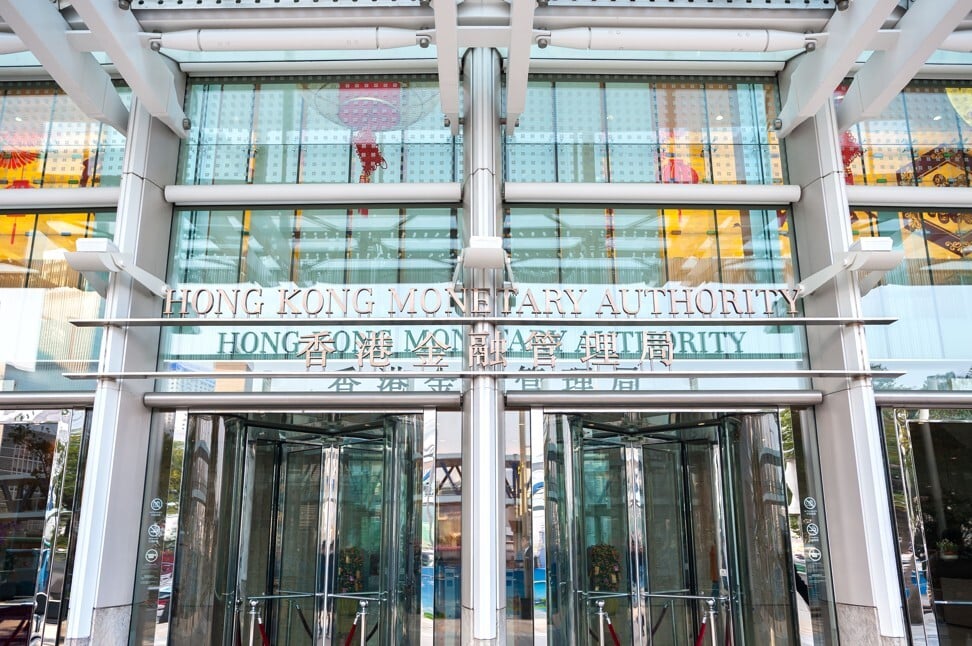 The front entrance of Two IFC skyscraper in Hong Kong. The building is home to the Hong Kong Monetary Authority. Photo: Shutterstock

On their websites, some have declared they comply with sanction laws and regulations in the European Union, Hong Kong, Britain, the US, the United Nations, and other jurisdictions.

Engineering firm Analogue Holdings said on Sunday it would assess its business including in the US after Secretary for Justice Teresa Cheng Yeuk-wah, who is married to its chairman, Otto Poon Lok-to, was sanctioned.

The company, which is listed on the Hong Kong stock exchange, said Cheng did not have any legal or beneficial interests in Analogue, and its business would continue as normal.

A fund manager who spoke anonymously said he feared more countries would follow the US decision to sanction local and mainland officials and companies, which would further complicate legal compliance.

“There are question marks on whether a fund house will be liable to penalty if trading securities for the sanctioned people and companies,” he said.

The Securities and Futures and Commission warned financial institutions to carefully assess any legal, business and commercial risks they might now be exposed to.

“There is no evidence that TikTok leaks American users’ personal data, which is very political,” he said. “My advice to stockbrokers and investors is they should temporarily avoid investing in Chinese companies which have significant market share in the US.”

Francis Lun Sheung-nim, CEO of GEO Securities, expected the US sanctions to have a complicating impact on the Hong Kong stock market.

“Donald Trump is unpredictable,” he said. “You won’t know which Chinese companies he will target the next time, or what further sanctions he could impose on mainland China or Hong Kong. Hong Kong is now caught between US-China tensions.

“It might not scare off investors from Hong Kong in the near future. As long as Chinese companies can come and list in Hong Kong, the party will go on. But if the US escalates its sanctions on Hong Kong, the situation will get very complicated.”

Writing in their blogs on Sunday, Chief Secretary Matthew Cheung Kin-chung and Financial Secretary Paul Chan Mo-po, neither of whom were on the list, rejected the sanctions in their criticism of the US approach.