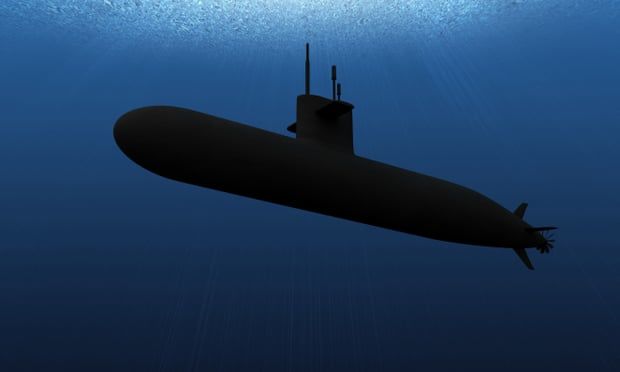 It came out of the blue – but the new military pact between Australia, the UK and the US could transform international relations for a generation. The Guardian’s defence and security editor, Dan Sabbagh, explains the Aukus deal that has enraged Beijing
When Boris Johnson, Joe Biden and Scott Morrison announced a new deal that would provide Australia with the technology to run silent nuclear submarines as part of its navy, one phrase kept coming up: “stability in the Indo-Pacific”. The word the leaders of the UK, the US and Australia did not use may be more important: China. By striking the Aukus deal, an unprecedented agreement on defence cooperation between the three countries, the governments have moved to counter what they view as Beijing’s aggression – and prompted questions about whether the move is an ominous sign of a new ‘cold war’ mentality.

The unexpected announcement of the nuclear submarines – which are nuclear-powered, not nuclear-armed – has also prompted consternation in Paris, where the French government has expressed its fury at the resulting cancellation of a £65bn deal it had with Sydney to provide diesel-powered subs in the coming years.

And it has raised a series of questions about whether it signals a shift in international alliances: what happens if China invades Taiwan? What are the knock-on consequences of adding to the club of countries with nuclear-powered submarines? And will any of it make those who live in the Aukus countries – or their neighbours – any safer?

In this episode, Michael Safi is joined by the Guardian’s defence and security editor, Dan Sabbagh, to unpack the ramifications of the deal and ask what it means for the UK and Australia to be tied to American foreign policy for decades to come.
#Boris Johnson  #Joe Biden  #Johnson
Add Comment