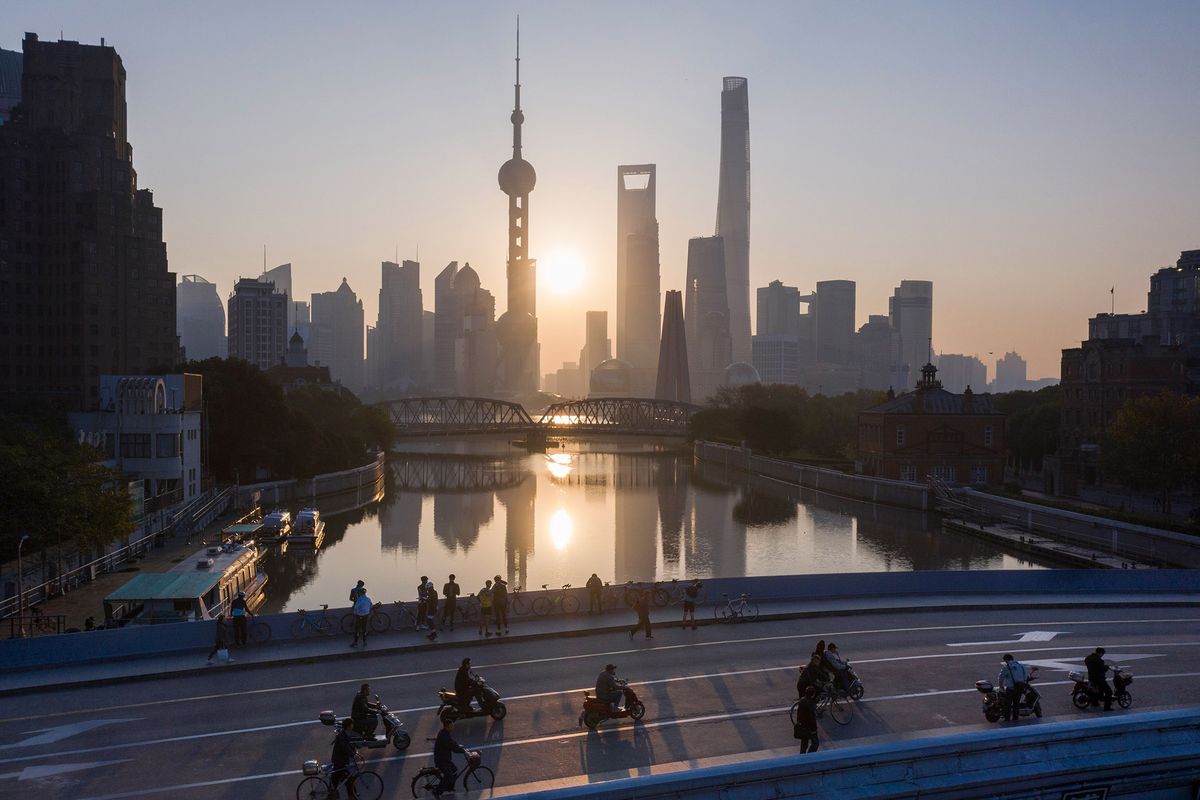 Overseas funds boosted their holdings of Chinese sovereign debt by a record 439 billion yuan ($66 billion) last quarter, according to Bloomberg calculations. With a 10-year yield at 3.19%, the securities are attractive to foreign traders at a time when $16 trillion of the world’s debt yields less than zero.

Foreigners are buying yuan bonds because for one, they are denominated in a currency that just jumped to the strongest since July 2018. Also, they will see long-term support due to passive capital inflows, as FTSE Russell last month followed JPMorgan Chase & Co. and Bloomberg Barclays to include them in its flagship indexes.

Meanwhile in China -- where investment decisions are unaffected by the strength of the yuan -- traders are more concerned that Beijing will become less willing to ease monetary policy amid a strong growth recovery from the virus pandemic. Some key economic data for September, including retail sales and industrial production, exceeded economists’ expectations. That means it’s less likely for the authorities to reduce borrowing costs, typically bad news for bonds. 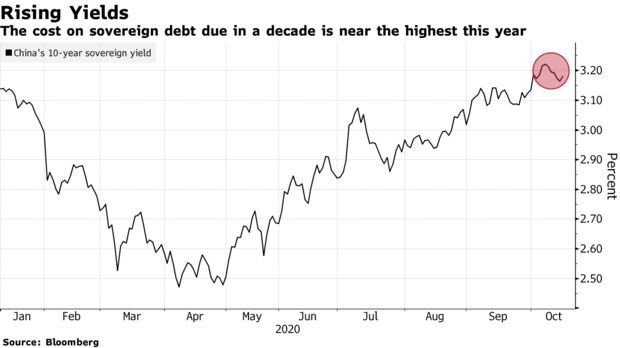 Here are some factors that will affect the bond yield:

The lack of easing will hurt bonds. The People’s Bank of China offered lenders less medium-term loans in October compared with the previous two months, suggesting Beijing is cautious with cash injections. This coincides with prospects of tight liquidity. Commercial lenders, the biggest holders of government bonds, need to repay the most short-term interbank debt in more than two years this quarter. That means they may need to slow their purchase of sovereign notes or even sell their holdings, pressuring the fixed-income market. The 10-year yield will rise by another 10 to 20 basis points this year, said Li Haitao, fund manager at Hexa Asset Management Co.

A quick recovery in growth will pressure government bonds, as that reduces the PBOC’s incentive to ease monetary policy and prompts local investors to chase riskier assets such as stocks. China’s early containment of the virus has set the economy up for a faster rebound than most of its peers in the world. The country’s gross domestic product will expand by 5.9% in the fourth quarter, with growth in industrial production and fixed-asset investment both accelerating, according to economists’ forecasts in a Bloomberg survey.

It depends on who gets the top job. A Joe Biden win may result in a White House that’s less hostile to Beijing in terms of trade and tech policies, a move that would boost risk appetite globally and hurt Chinese bonds. The yield on China’s 10-year government notes may rise to as high as 3.5% if the Democrat becomes the next president, while the cost could drop to 3% if Donald Trump gets a second term of office, according to Jason Pang, a fixed-income portfolio manager at JPMorgan Asset Management.

The good news is the bond market will no longer be hurt by a flood of issuance. China’s central and local governments will net sell 1.6 trillion yuan of debt in the fourth quarter, about 30% lower than the amount sold in the three months through September, according to data compiled by Bloomberg. Concerns about large supply impacted the market several times this year. In July, the 10-year sovereign yield had its biggest one-day jump since 2016, as the nation planned to sell 1 trillion yuan of special government bonds by the end of that month.

Foreign investors had boosted their holdings of yuan bonds for six months in a row to a record high of 3 trillion yuan as of September, according to Bloomberg calculations. China’s fixed-income market will see $140 billion of foreign inflows within a year after FTSE’s inclusion of some onshore debt, according to Goldman Sachs Group Inc. “Compelling valuations, attractive yields and good diversifiers are among the many reasons why now is a good time to build positions in China’s onshore market for long-term asset allocations,” said Cary Yeung, head of greater China debt at Pictet Asset Management.