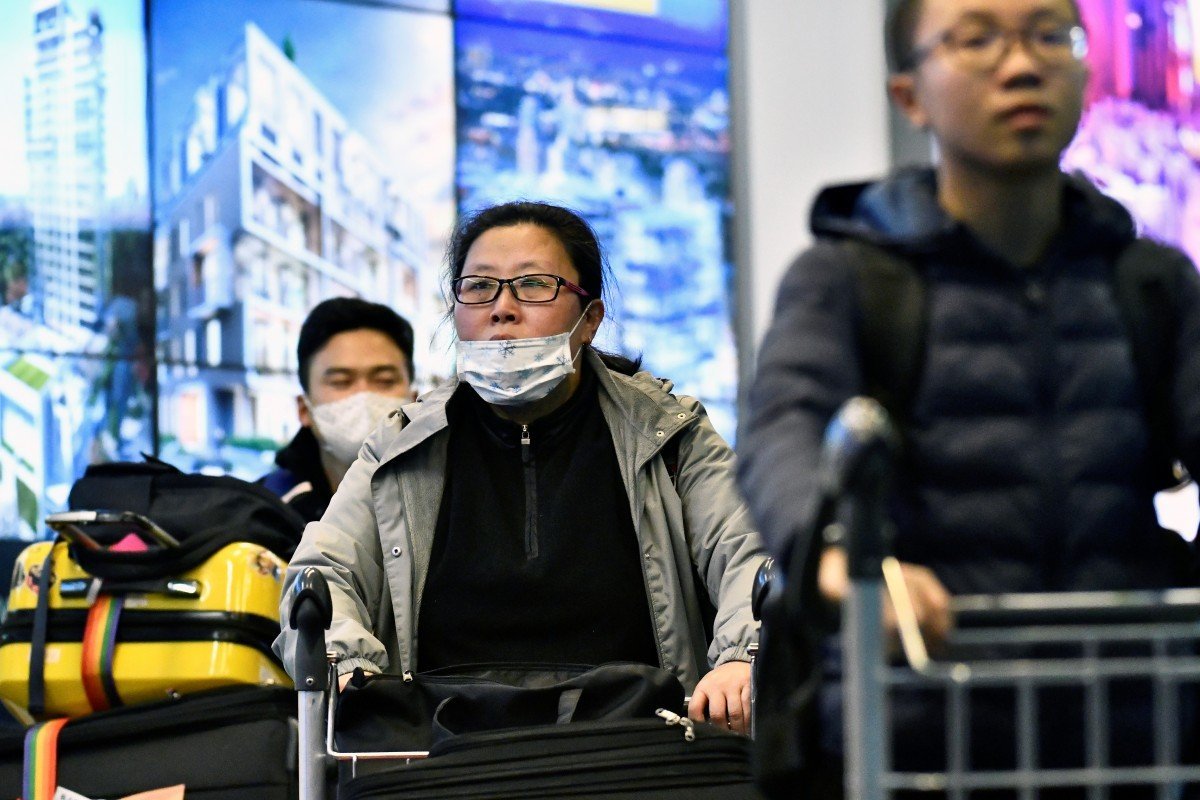 Patient in his 40s ‘regularly travels to China for his work and was in Wuhan city on his most recent trip’, health official says. China’s embassy is telling people in Canada to wear face masks in crowds and curtail gatherings, advice exceeding that of local authorities

Authorities in British Columbia announced the western Canadian province’s first infection of the Wuhan coronavirus and the nation’s third apparent case, in a man who recently returned from China.

Provincial Health Officer Dr Bonnie Henry announced the infection on Tuesday morning. The patient is Vancouver-area resident in his 40s, who is now “doing well” in home isolation and is not hospitalised, Henry said.

“He regularly travels to China for his work and was in Wuhan city on his most recent trip,” Henry said. “He returned to Vancouver last week and had the onset of symptoms after his return.”

Canada has recorded one other confirmed and one presumptive case of the infection, a husband and wife who had recently returned to Toronto from Wuhan.

The announcement came on the same morning that China’s embassy in Canada started telling people to wear face masks in crowds and to curtail gatherings, to avoid spreading the coronavirus – advice that far exceeds that offered by local Canadian authorities.

“Please avoid travelling to crowded areas as much as possible, and do not organise or participate in party activities as much as possible. If you have to go to a public place with a large number of people, it is recommended to wear a mask and wash your hands and disinfect regularly,” said the new advisory, issued by the embassy on Tuesday morning.

The advisory also tells travellers who have recently returned to Canada from Wuhan, the epicentre of the disease, to “self-quarantine themselves at home for two weeks.

“Others coming from China who may be exposed to the virus should also be isolated as much as possible,” it says.

Canadian authorities have so far refrained from telling the general public to wear masks, with Ontario’s Chief Medical Officer David Williams saying at a press conference on Monday that masks were never recommended to halt the spread of viruses, and that people should concentrate on washing their hands and not touching their face.

Henry said that the Vancouver patient went to a doctor on Sunday. Samples taken from him tested positive for the virus – also known as the novel coronavirus – at BC Centre for Disease Control late on Monday night. A second test must be performed by a national lab in Winnipeg before the case is officially recorded.

“But given the history of travel, the contact that this person had in Wuhan city, and the symptoms they were showing, we are confident that this is truly a case of the novel coronavirus,” Henry said.

Health authorities had got in touch with the “small number of contacts” the man has had since returning from China, Henry said.
N95 filtration face masks, which have been recommended for clinicians treating coronavirus patients, have been selling out across Vancouver.

Staff at the Chinese consulate in Vancouver have already been among the buyers, consul-general Tong Xiaoling said last week.
Asked if these purchases were being made privately or as representatives of the consulate, Tong said: “as individuals because they are living here, they have them [face masks] in drug stores, in every shop … but we tell our staff to defend ourselves because this is a really serious epidemic and we need to keep ourselves safe”.