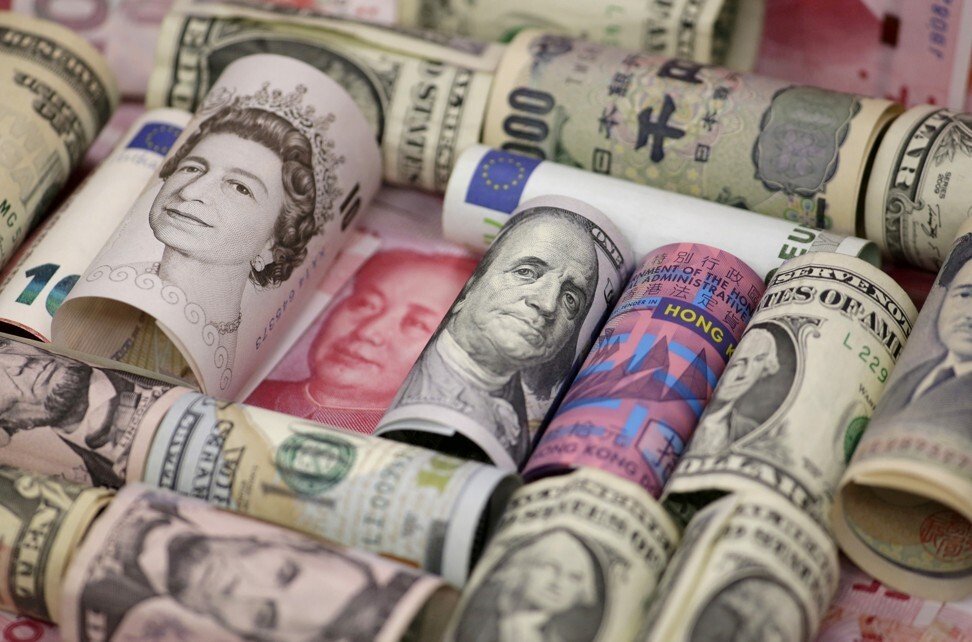 Hong Kong security law: how will US sanctions affect China’s plan to turn the yuan into a widely used global currency?

The threat of US sanctions over Hong Kong has added urgency to Beijing’s efforts to cut its reliance on the US dollar. But analysts say intensifying China-US decoupling is likely to make foreign investors wary of using the yuan in place of the US dollar

Washington’s decision to impose sanctions on Chinese individuals and financial institutions for their role in developing Hong Kong’s new national security law may threaten Beijing’s efforts to make the yuan an international currency, according to analysts.

Meanwhile, some say US threats have added new urgency to Beijing’s goal of cutting its reliance on the US dollar by boosting international use of the yuan.

US President Donald Trump on Tuesday signed an executive order ending Hong Kong’s special status under US law, in response to Beijing’s imposition of the national security law on the city, marking a step towards US financial sanctions against Chinese officials and banks that do businesses with them.

The threat has created significant uncertainty over the future of Hong Kong as a global financial centre and flies in the face of China’s yuan internationalisation plan. The city is the bridgehead for the currency’s access to global markets, accounting for more than 70 per cent of its use in “offshore” payments, analysts said.

Matt Gertken, a geopolitical strategist at BCA Research, a macro research firm, said the intensifying confrontation between China and the United States is causing doubts over the yuan’s value and its “availability” in the long run, dragging on China’s attempt to internationalise the currency.

“The direct geopolitical challenge from the United States will make investors wary of increasing their yuan exposure rapidly,” Gertken said. “Washington is turning more attention to curtailing China’s financial rise as well as its technological rise.”

If the US were to forge deeper trade linkages with other economies, these countries may not join China in creating a global architecture to bypass the US dollar. In particular, the compatibility of the Western liberal democratic model with China’s authoritarian model is being undermined by Beijing’s imposition of stricter central control over Hong Kong, Gertken said.

China’s quest to dethrone the US dollar as a global anchor currency gathered steam after the 2008 global financial crisis. Beijing has increased its use of the yuan in cross-border trade and investment, built up a cross-border yuan payment system, signed bilateral currency swap deals with nearly 40 central banks across the world, and promoted the idea of a super sovereign currency based on the special drawing rights (SDR) – an accounting unit developed and put forth by the International Monetary Fund.

Hong Kong, which has a different currency from the mainland, was the first to entertain Beijing’s global yuan plan. Retailers and money exchanges in Hong Kong catering to mainland tourists started to accept the yuan before other places, and the Stock Connect mechanism, which allows foreigners to invest in mainland stocks and bonds through Hong Kong, offers investment channels for the offshore yuan.

But the primary obstacles to the yuan’s internationalisation remain. The Chinese currency still cannot be freely converted into other currencies, unlike the Hong Kong dollar, even after receiving a nominal international currency status in 2016 via its inclusion in the SDR basket of currencies alongside the US dollar, the euro, the British pound and the Japanese yen.

Beijing has tightened its control over outbound payments in recent years after the capital exodus that followed the stock market rout in 2015, sidelining the goal of making the yuan an international currency.

Jia Kang, a former researcher under the Ministry of Finance, said earlier this month that it was not yet time for China to “tear down its firewall” of capital controls, as it still needs a closed capital account to protect its domestic financial system from external shocks.

“Following the trade war [with the US], we have seen significantly tougher conditions on Chinese citizens’ ability to convert foreign exchange,” Jia said. “The issue is not about how yuan internationalisation could accelerate, but the focus should be on how to hold on to its present position.”

Along with a closed capital account that bars massive outflows, China’s policy of keeping the yuan exchange rate stable against the US dollar, while engineering a quick recovery in economic growth, has resulted in increased capital inflows, data shows.

Tommy Wu, an economist at Oxford Economics, said China still wants to promote use of the yuan beyond its borders, particularly among belt and road countries. But the appetite for the yuan could weaken in a period of US-China decoupling.

“[However] if the use of the yuan should ever decrease, that would be due to the process of US-China decoupling, which is making other countries move away from China,” Wu said. “If this turns out to be a serious matter, then it’s possible that yuan internationalisation would move backwards.”

Still, Beijing’s desire to reduce its reliance on the US dollar is clear, and discussions have intensified into how to increase the use of the yuan as an alternative.

Zhou Li, a former deputy director of the Communist Party’s International Liaison Department, wrote last week that it was time for China to decouple itself from the US dollar ahead of a full-blown confrontation. “By taking advantage of the dollar’s global monopoly position … the US will pose an increasingly severe threat to China’s further development,” Zhou wrote.

But it is always an uphill battle to challenge the dominant role of the US dollar in the global monetary system, which is backed by US economic, military and institutional power and is cemented by choices of banks, traders and investors across the world.

“China will have greater urgency in internationalising the yuan, but the rest of the world will not share that urgency,” Gertken said.