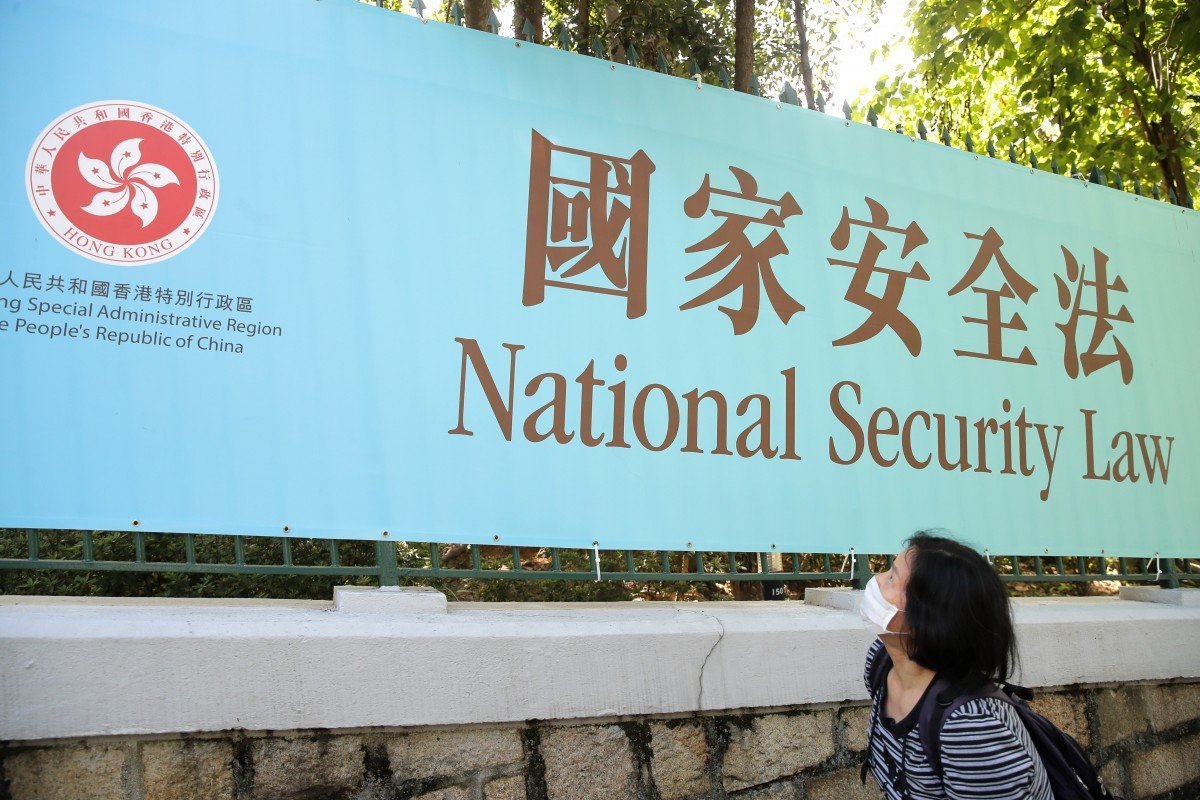 The European Union is preparing to restrict the sale of products that could be used for “internal repression, the interception of internal communications or cyber-surveillance” to Hong Kong, in response to the sweeping and controversial national security law.

A draft document agreed to on Thursday by the European Union Council and seen by the South China Morning Post outlines a “coordinated package responding to the imposition” of the law, to be carried out by the EU or its member states. It is expected to be enacted before the end of July.

The proposal described the national security law as “a matter of grave concern” and “not in conformity with China's international commitments under the Sino-British Joint Declaration of 1984 or with the Hong Kong Basic Law”.

The council also questioned China’s willingness to uphold its international commitments and said the law casts a shadow over EU-China relations. However the document does not propose any direct action against Beijing or Chinese government officials.

Other proposed actions laid out in the draft plan include reviewing the implication of the national security law on asylum, migration, visas and residency; increasing coordination with Hong Kong students and universities; as well as discussing risks to EU citizens posed by the law; and reviewing its implications for European extradition treaties.

The council said it will continue to engage with civil society in Hong Kong and monitor the extraterritoriality of the national security law, which can be applied to people outside Hong Kong or China. The council also proposed “not launching any new negotiations with Hong Kong” for the time being.

The proposed export controls would be more targeted than sweeping measures unveiled by the United States at the end of June, which will cut off Hong Kong from a broad range of dual-use goods that can be used for both civilian and military purposes. Some fear the US action could see some consumer products restricted for sale to Hong Kong.

While the broad-brush US actions removed Hong Kong's exemptions to export control licensing requirements, figures in Brussels aim for the council's conclusions not to isolate Hong Kong completely, but to be “proportionate” for what is perceived to be the crossing of a red line on Hong Kong's autonomy.

Nonetheless, it represents a new blow to Hong Kong's status as a free trade hub separate from mainland China.

The EU also vowed to “follow closely the political situation in Hong Kong in the lead up to the Legislative Council elections on September 6”, but insisted that it will act in coordination with international partners.

Sources close to the council said that the EU has been “working intensively within working groups”, and that the Hong Kong issue is “very hot”.

Reinhard Buetikofer, the European Parliament member overseeing China affairs, called the EU plan a “timid” one since it proposed no direct action against the mainland Chinese government.

“The proposals on the table are signalling on one hand that the EU has understood that just words would not be enough, but it’s still not united enough to take action commensurate to the problem at hand,” he told the Post.

“[That] none of the action will have an impact on the PRC is a timid approach. I’m convinced the EU has to muster the courage to tell Beijing that ignoring international law will come with an economic price,” Buetikofer added.

Another member of the EU Parliament and former Belgian prime minister Guy Verhofstadt, called on the bloc to impose sanctions.

“The crackdown on Hong Kong shows that Europe must adopt its EU Magnitsky Act as soon as possible in order to put in place targeted sanctions against the leaders who are responsible,” he told the Post.

Last week, the EU’s top diplomat, Josep Borrell, said the national security law “will have an impact” on EU-China relations, and mentioned restrictions on the export of sensitive technologies to Hong Kong.

Also on Friday, EU and Chinese negotiators finished the 31st round of talks for a bilateral investment treaty, without any sign of a clear breakthrough.

China’s Ministry of Commerce said in a statement that “the two sides started negotiations around the text and list and made positive progress”, but no further details were made public.