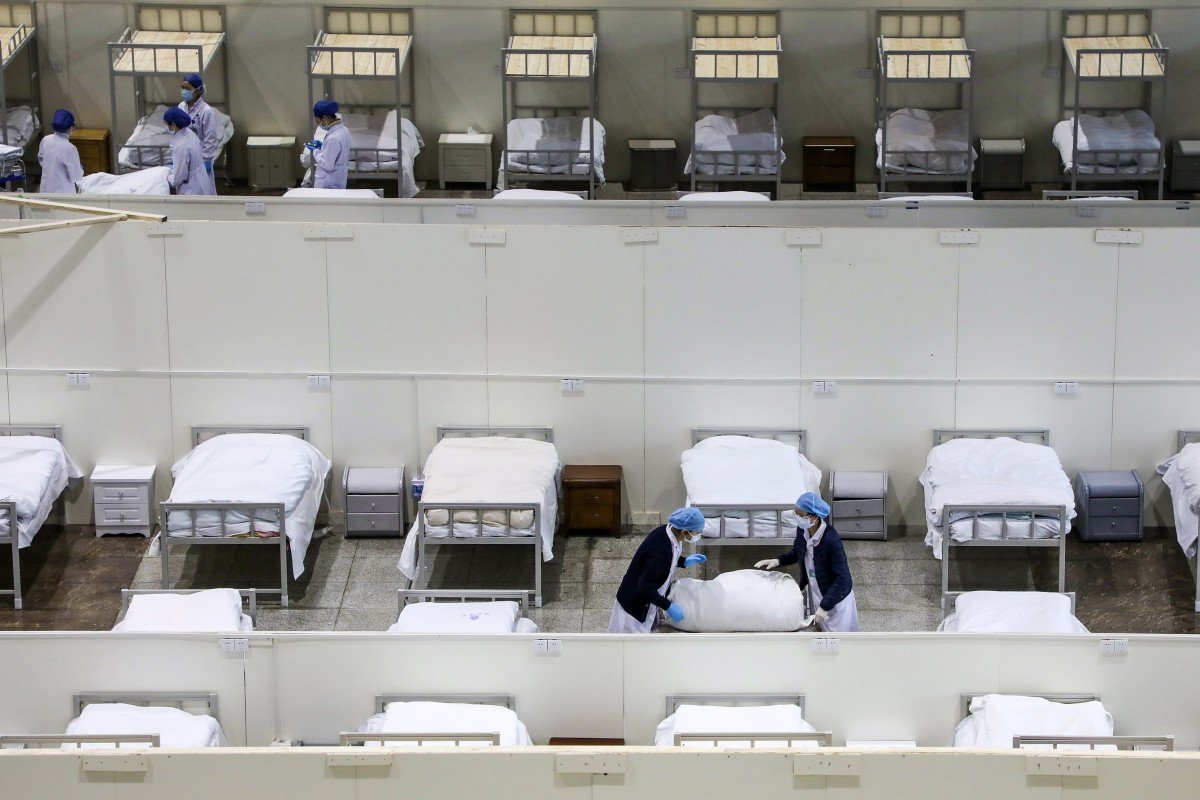 Small sample of people discharged from hospital after being infected shows people in serious and critical condition can be treated, Peking University specialist says. But more real-time data is needed to assess the true threat posed by the contagion, Japanese virology professor says

Chinese health officials on Friday sought to assuage a jittery public over the strength of the novel coronavirus which has sickened more than 31,200 people across the country.

Speaking at a press conference in Beijing, Wang Guoqiang, an infectious disease expert at Peking University No 1 Hospital, said that preliminary data about people who had recovered after being infected was promising.

“This shows that cases in serious and critical conditions can be treated and discharged from hospital after receiving proactive treatment, and that has given us great confidence,” he said.

“We now have expert teams supporting Wuhan, especially those who have been transferred from intensive care units.

“I think this will greatly reduce the mortality of patients in critical condition and improve the recovery rate,” he said.

Guo Yanhong, a senior inspector with the National Health Commission, said at the briefing that the addition of “medical shelters” in Wuhan – which will provide 4,600 beds once completed – would greatly help in the treatment of patients with mild symptoms, and prevent them from developing complications and aggravating their illness.

“Our capacity to treat patients is significantly boosted by these medical shelters … enabling us to lower infections,” she said.

Wang said the new shelters would “enable us to segregate the patients, ensure they are properly isolated and hence preventing infection, and also allow us to better identify patients who may have the risk of becoming critically ill”.

The new coronavirus, which was first reported in Wuhan in December, has killed 638 people – all but two of them in mainland China – and sickened more than 31,500 people globally. As of Friday, more than 1,600 people had recovered after being infected.

Hitoshi Oshitani, a virology professor from Tohoku University in Japan, said it was promising that some critically ill patients had recovered.

“[Mortality] is definitely much lower than Sars. The true figure may be even lower. But it is also definitely higher than seasonal influenza,” he said referring to severe acute respiratory syndrome, which killed about 800 people around the world in 2002-03.
But Oshitani called on China to make more real-time data available.

“For example, we want to know what is happening in major cities such as Chongqing. This is critically important in predicting what is going to happen in other cities such as Tokyo,” he said.

As well as figures for confirmed cases, those in serious condition and discharged, Oshitani said it would be useful to have data on how many patients had been infected because of local transmission or were imported cases from Wuhan as that would hold the key to determining whether the spread of the virus was controllable.

“If most of them are still imported cases from Wuhan, they may be able to control the situation. If there is a widespread local transmission, it is totally different,” he said.

The most recent figures, released on Tuesday, showed that about 60 per cent of Chongqing’s cases were imported and 40 per cent were locally transmitted.

Gregory Gray, an infectious disease epidemiologist and professor at Duke University in the United States, said that without population-based studies, metrics such as pathogenicity, the percentage of those who develop severe disease among the infected, and mortality may not be precise.

“I think many epidemiologists suspect the estimates for 2019-nCoV disease severity are a bit exaggerated,” he said, using the official name of the virus.

“Metrics like pathogenicity and mortality are falsely elevated because infected people with few or no symptoms are being counted in the denominators.”

But Gray also acknowledged that there were people in China suspected of contracting the coronavirus but who had not been tested. They would not be counted in the statistics, which further complicated the assessment of the disease, he said.