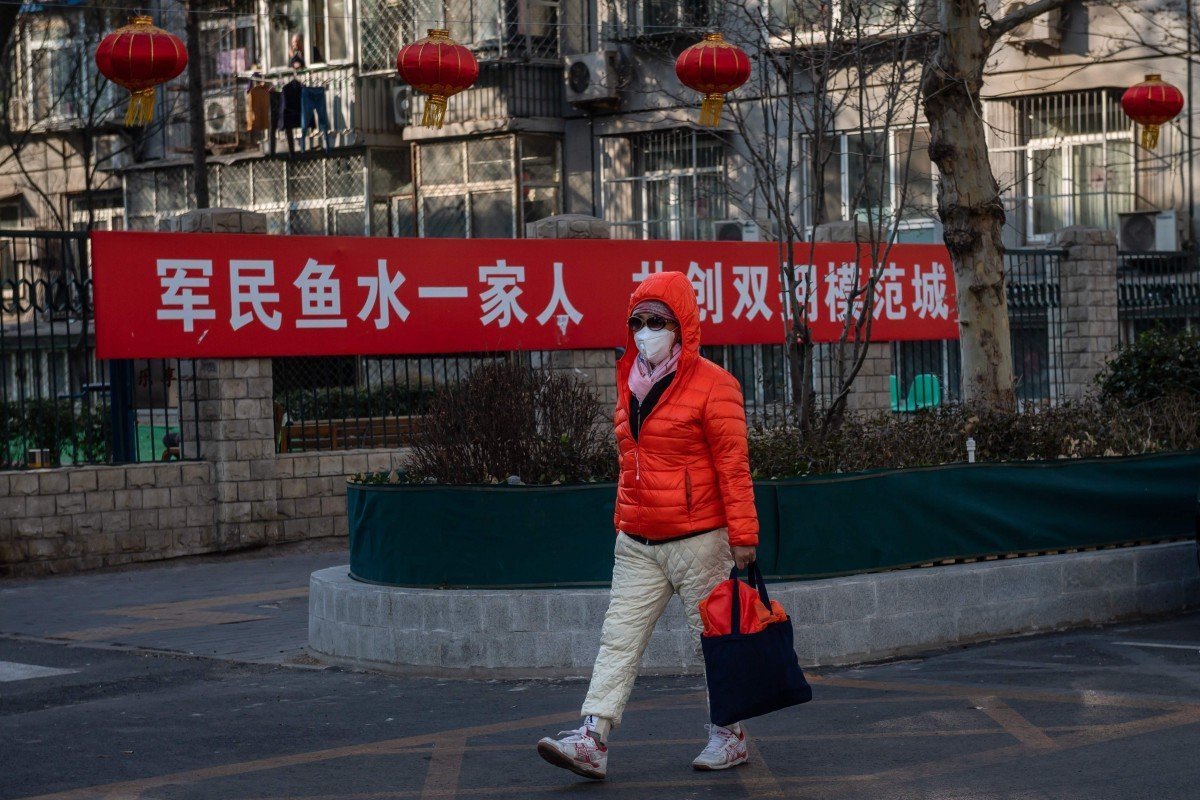 Number of cases of the pneumonia-like illness has surpassed the total for severe acute respiratory syndrome in the mainland 17 years ago. Hubei governor says the situation is ‘particularly severe’ in Huanggang, where a makeshift hospital has been set up

China is facing a larger epidemic than Sars, with the number of Wuhan coronavirus infections in the mainland surpassing the tally of severe acute respiratory syndrome cases it saw during the 2002-03 outbreak.

And as the pneumonia-like illness – also known as the novel coronavirus – continues to spread six days after authorities took the unprecedented step of locking down Wuhan, the capital of Hubei province and epicentre of the outbreak, more cases of human-to-human transmission have been reported outside China.

Meanwhile, the only region in China that had yet to be affected, Tibet, reported a suspected case, and Sichuan reported its first death from the virus – the seventh province outside Hubei to report a fatality. The first confirmed cases of foreigners in China contracting the virus were also reported on Wednesday.

As of 6pm on Wednesday in Beijing, China had reported 6,061 confirmed cases and 132 deaths. That was more than the total of 5,327 Sars infections in mainland China 17 years ago. But some 1,755 people in Hong Kong were sickened during the Sars outbreak, and there were more deaths – 349 people died in the mainland and 299 in Hong Kong.

In Hubei province, governor Wang Xiaodong said the epidemic in the cities of Huanggang, Xiaogan, Jingmen and Xianning was acute. “It is particularly severe in Huanggang. There are over 1,000 confirmed and suspected cases, and we cannot allow Huanggang to become a second Wuhan,” he said.

The provincial government has sent a team to handle the crisis in the city, which has a population of 7.5 million and is 78km (48 miles) away from Wuhan. A makeshift hospital similar to those in Wuhan has been set up with 1,000 beds.

A leading group to tackle the outbreak headed by Premier Li Keqiang met again on Wednesday, saying the virus was still spreading and calling the epidemic “complicated and grave”.

It said it would speed up research for a vaccine and fast-track approval for drugs that showed effectiveness. The Chinese Academy of Sciences has identified three drugs which are relatively effective in suppressing the new strain of coronavirus.

But Chinese Sars experts, including Zhong Nanshan, the respiratory disease specialist who had a key role during that epidemic, said they were optimistic that the outbreak would “peak in around the next week or 10 days”.

China has extended its national “golden week” holiday for the Lunar New Year until Sunday, and Zhong said that would provide an opportunity to identify further cases.

Other experts quoted by state media, including Gao Fu, head of the Chinese Centre for Disease Control and Prevention, and its chief virologist Zeng Guang, were also upbeat and predicted a turning point in about 10 days.

The predictions were in stark contrast with those made elsewhere. A study by the University of Hong Kong suggested that the outbreak would not peak until April and that the real number of cases could have already passed 40,000 because many may not have been officially recorded.

And a study led by British infectious disease specialist Neil Ferguson at Imperial College London has estimated that 100,000 people could already be infected.

The disease is also spreading to more countries. Health officials in the United Arab Emirates said on Wednesday that four members of a Chinese family who had arrived from Wuhan were diagnosed with the coronavirus, the first confirmed cases in the Middle East.

Meanwhile, British Airways and Indonesia’s Lion Air, Southeast Asia’s biggest carrier by fleet size, announced they would suspend all flights to and from mainland China amid concerns about the virus.

United Airlines, the largest US carrier operating in mainland China, also cancelled 24 of its flights to the mainland and Hong Kong until February 8. And the EU Commission advised staff to suspend non-essential travel to China.

More cases of human-to-human transmission overseas are also causing concern. At least one of four people in Bavaria who were confirmed on Monday as the first coronavirus cases in Germany fell ill after a colleague from China visited their workplace, DPA news agency reported.

In Taiwan, a 50-year-old man contracted the illness without travelling to mainland China. His wife, who had returned from the mainland, had the virus. In Vietnam, a 27-year-old man whose father had returned to Hanoi from Wuhan also tested positive.

Meanwhile, at least three foreigners in Guangdong – two from Australia and one from Pakistan – have been infected, according to provincial authorities. Guangdong health commission deputy head Chen Zhusheng did not give details of the Australians, but said the Pakistani was a student in Wuhan.

Michael Osterholm, director of the Centre for Infectious Disease Research and Policy at the University of Minnesota, said it was difficult to predict the peak, but he expected the epidemic would be worse than Sars.

“I think this is going to be a much larger outbreak than Sars,” he said. “I would urge caution in the case numbers. The case numbers are tied totally to the availability of testing. There’s likely many, many cases in China that are not being called cases because they weren’t tested in time to be positive.”

“It appears that the novel coronavirus is better at spreading between humans than the Sars virus and the outbreak has the potential to be bigger in terms of case counts,” Adalja said. “What remains to be seen is the severity level of the outbreak, what is the ratio of mild to severe cases?”

Osterholm also said the spread of the virus overseas was alarming.

“If you look at the number of countries that cases have showed up in, this is very similar to the 2009 H1N1 [swine flu outbreak], which first appeared in Mexico. Within a month of it first being recognised in Mexico, it turned up in 42 different countries around the world,” he said.

“I think that probably if you add two more weeks to the dynamic transmission of this outbreak, it could very likely be in as many countries.”