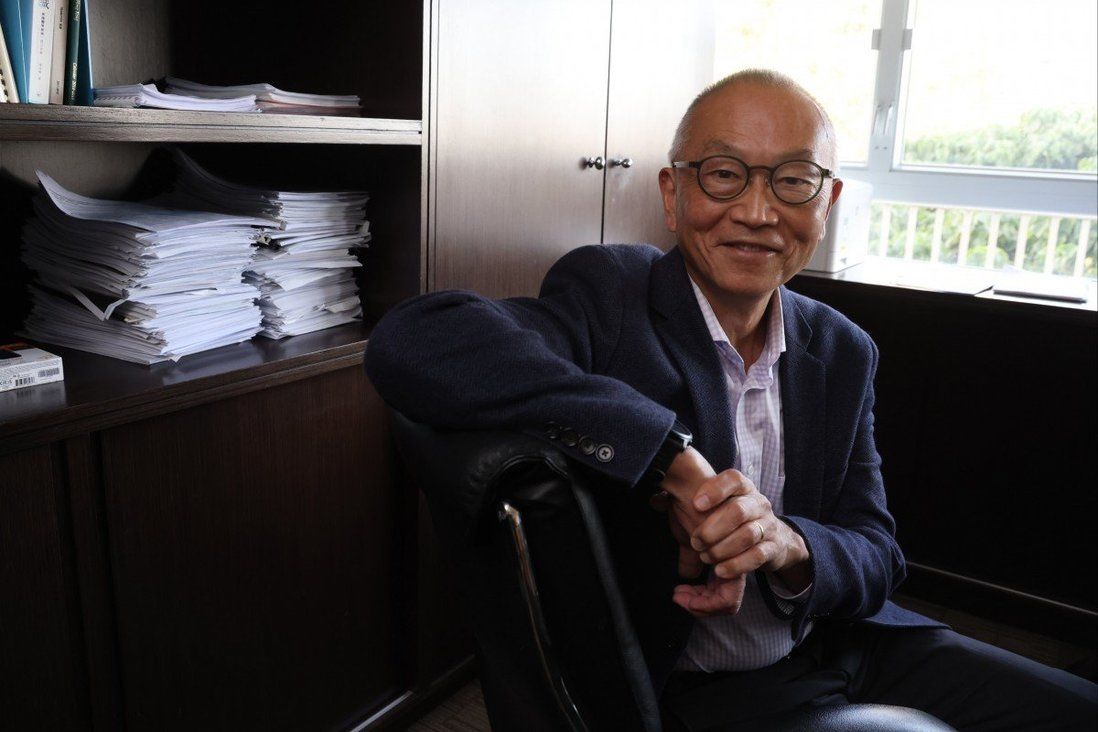 Hong Kong needs to persuade mainland China to let it move forward by changing its zero-Covid strategy to living with the virus, according to Professor Keiji Fukuda, a leading epidemiologist and outgoing head of the city’s top public health school.

He said the zero-Covid approach, with strict travel restrictions, quarantine rules and other measures to prevent the coronavirus from entering the city and spreading, was only a “limited-term strategy”.

“Living with the virus is where we will all have to be at some point. We cannot close borders, we cannot close travel for the long term,” he told the Post in an interview.

“The consequence of having few cases is also that Hong Kong is relatively isolated, and there are so many people unhappy about the travel restrictions, about the quarantine restrictions, and you can see that many businesses have really suffered.”

Hong Kong has stayed firm with its zero-Covid approach with a view to reopening the border with the mainland, which has adopted the same strategy.

But Fukuda said Hong Kong and the mainland needed to agree on how the city could move towards living with the virus, an approach adopted by many other countries.

Since the recent emergence of the coronavirus’ Omicron variant, which is possibly more transmissible and might also reduce vaccine effectiveness, Hong Kong has tightened restrictions on travel from more than 20 countries considered high risk. 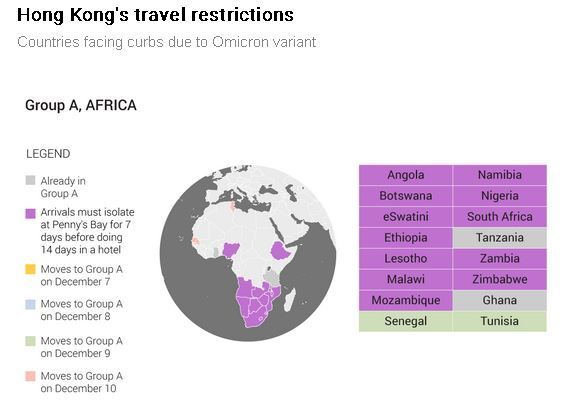 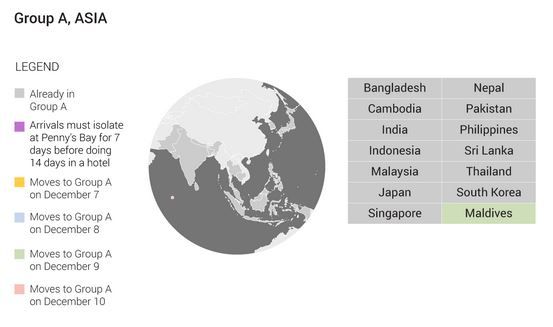 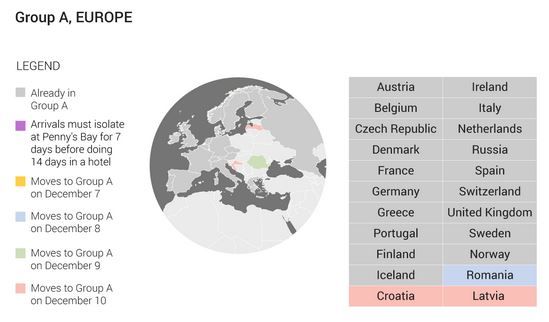 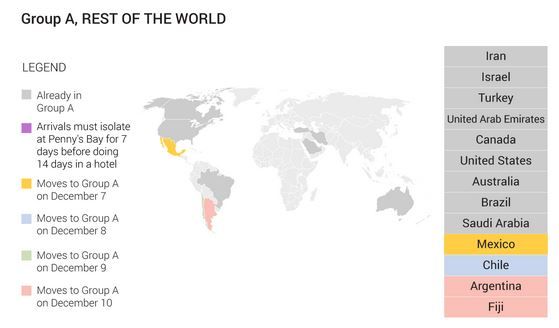 Non-residents from such countries are banned from entering Hong Kong, and only fully vaccinated residents will be allowed in.

American citizen Fukuda, 66, a former senior World Health Organization official, was an adviser to the Hong Kong government on Covid-19 and coronavirus vaccines until December 1. He conceded that his advice had not always been in line with the administration.

He came to Hong Kong in 2016 and became director of the University of Hong Kong’s public health school the following year.

Fukuda, whose last day of work is Wednesday, said he was told in August last year his five-year contract would not be renewed. He said he was surprised by the decision and was not given any reasons. 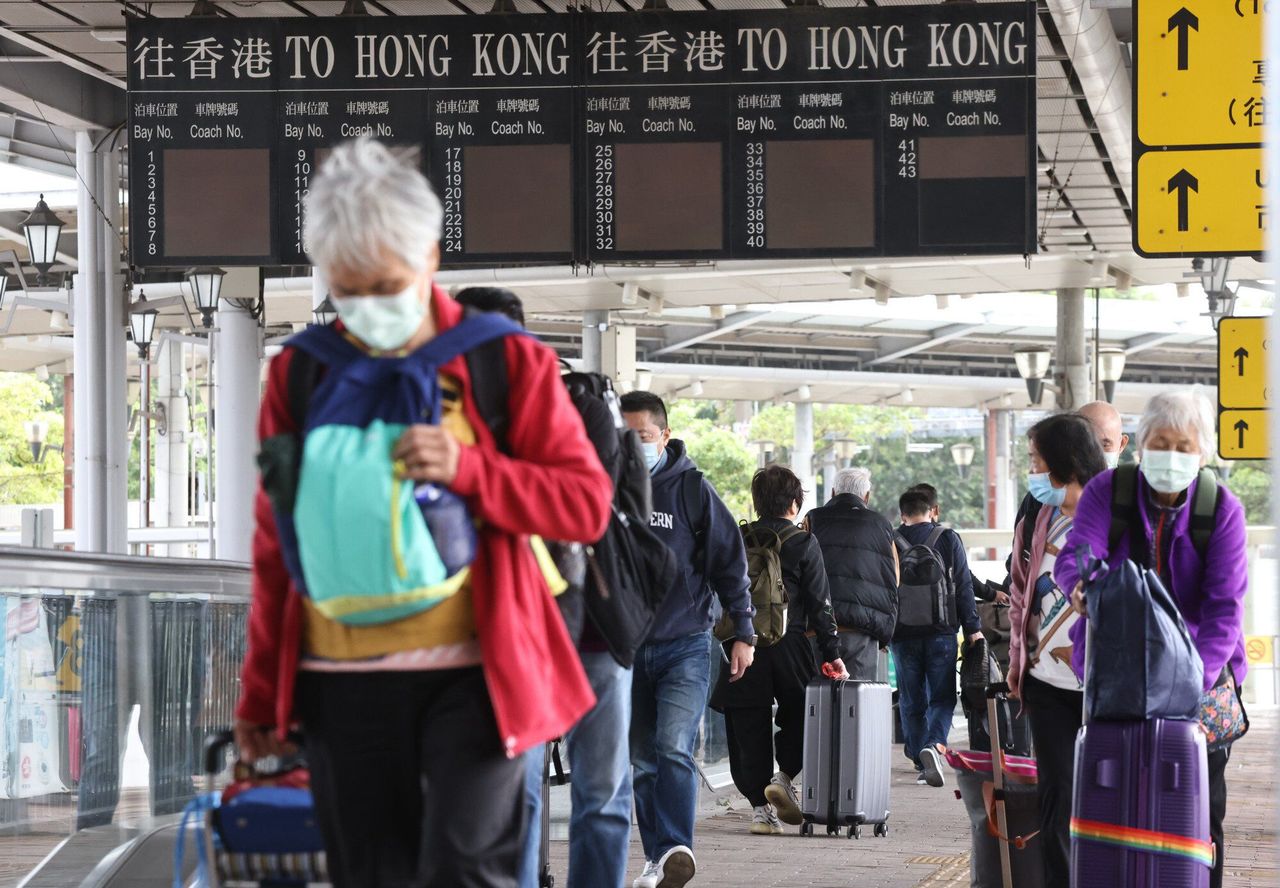 Hong Kong’s focus is on a full reopening of the border with mainland China.

“I have an unusually broad, global experience working with a lot of countries,” he said, adding that he had been looking forward to passing on his experience to students.

“You know, there are not so many people that can do that,” he said. “I don’t see the strategic value of not retaining somebody like me.”

HKU did not comment on Fukuda’s case specifically, but a spokesman said last year that its retirement age was 60 for all staff and professors reappointed beyond 65 were “rare cases who display exceptionally high levels of academic achievements”.

But one area where he disagreed with the authorities was the need to impose a 21-day quarantine on Hong Kong residents returning from more than 50 countries considered high risk.

Instead of introducing sudden travel bans, he said, a more stable response would be to reach agreements between jurisdictions on ways to normalise travel as much as possible even as new variants emerge. There should also be a consistent standard for information which countries share.

To move towards living with the virus, he said, the city’s Covid-19 vaccination rate needed to be as high as possible and social-distancing measures such as mask-wearing and certain restrictions in gatherings would still be required.

He noted that choosing to live with the virus would be a policy decision rather than a scientific one.

Acknowledging that the government must weigh a number of issues in making decisions, he said: “I respect that. So it will make decisions that I don’t agree with sometimes.”

Fukuda said he had hoped to remain in Hong Kong for another two years, and still did not know why he had been asked to go.

He said if HKU wanted to be a top-tier university, it ought to embrace a diversity of people and ideas.

“It has to be a place where people can talk freely, and different ideas, different perspectives can be openly debated,” he said.

Fukuda said the difficulties in travel brought by Covid-19, the uncertainties in Hong Kong since the introduction of the national security law and questions about academic freedom at HKU could hinder the university’s efforts in attracting the best talent. 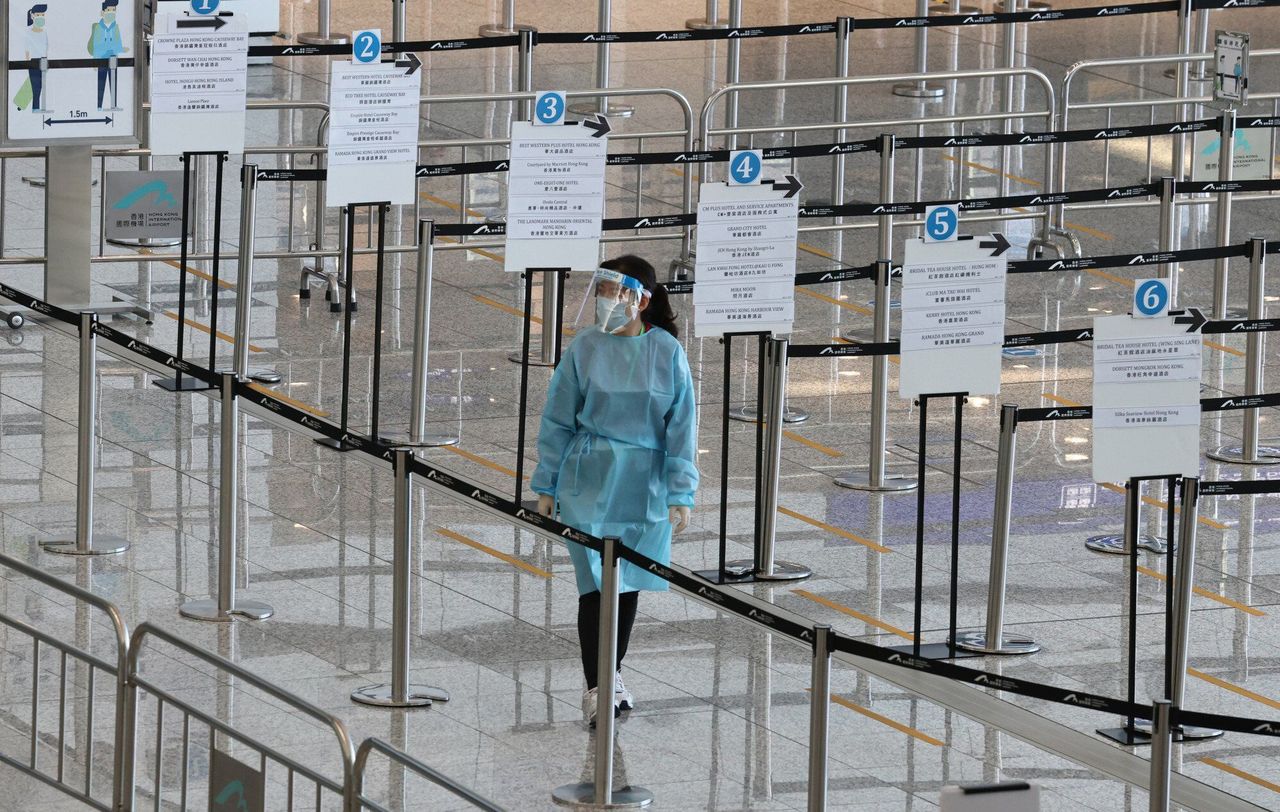 Hong Kong has barred non-residents from dozens of countries from entering the city.

“The university is in a very precarious position right now,” he said, adding that institutions around the world were watching the state of academic freedom at HKU.

Only last month, Professor Gabriel Leung, also a top epidemiologist who has been at the forefront of Hong Kong’s Covid-19 battle, announced his resignation as dean of HKU’s medical school.

He leaves at the end of the current academic year to join the Jockey Club, where he will oversee its charities and community affairs.

Fukuda and his wife will return to Atlanta and spend Christmas with their two daughters, whom he has not seen for two years.

His retirement plans include learning Italian, French and Japanese, going back to the cello which he picked up more than 40 years ago as a college student, and learning to play the accordion. 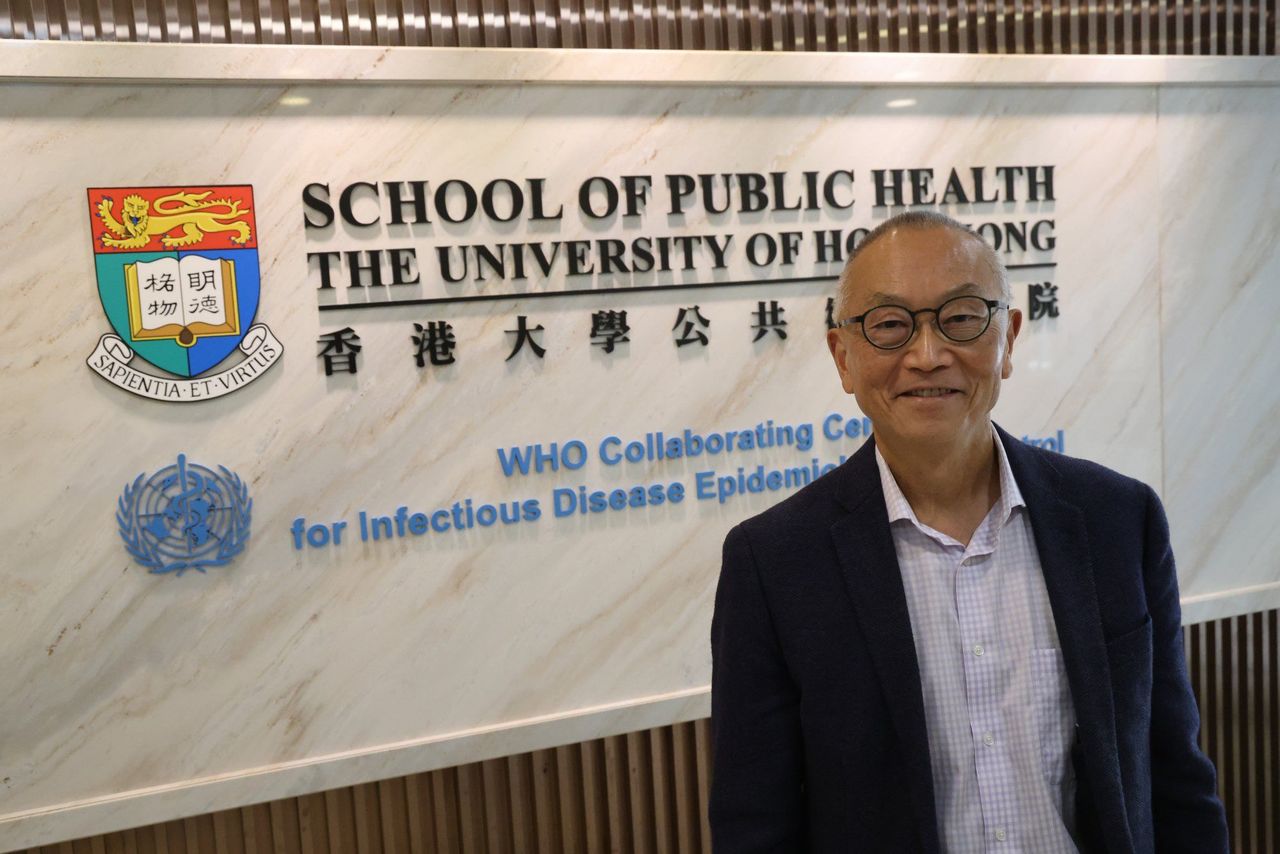 Professor Keiji Fukuda joined HKU with decades of experience in public health including at the WHO.

A sports lover, he also hoped to go cycling around the world with his wife, and write a children’s book with his younger daughter who paints, and another book about his experiences in public health.

Fukuda said he fell in love with Hong Kong when he visited the city for the first time in 1976, as a student.

“I had never seen a city like Hong Kong – it struck me as being messy, mysterious, intense and full of contrasts,” he recalled.

If not for the expensive property prices, he said he and his wife would have liked to continue living in the city.

Fukuda said he believed Hong Kong would pull through difficult times as it had survived occupation and outbreaks, thanks to its resilience and the strength in its culture.

“If Hong Kong can retain its vitality and uniqueness, it will come through,” he said.