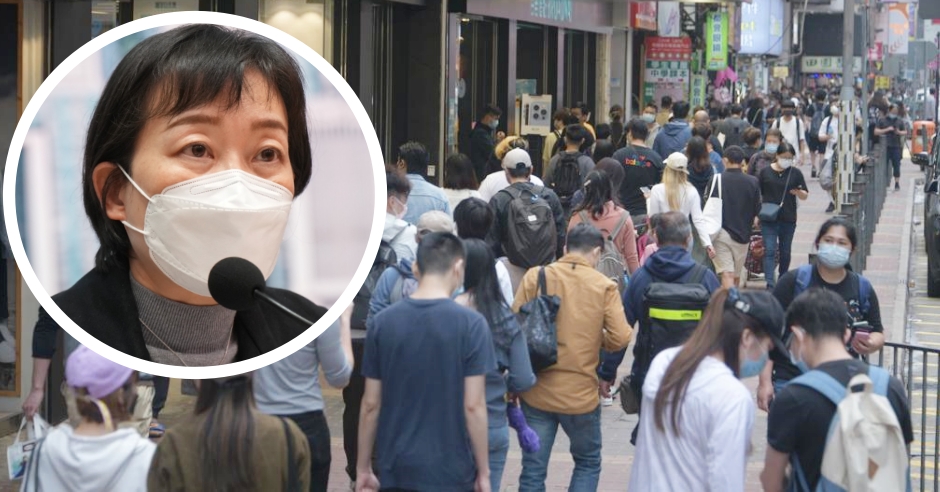 Hong Kong reported 233 new Covid-19 cases and added one related death on Monday, as the infection outbreak cluster at Peony Golden Court in Yuen Long recorded a total of 12 cases.
Among the new cases, 120 were confirmed via PCR tests, and 113 were positive rapid antigen test results reported by citizens. The overall tally of the fifth wave of the pandemic outbreak has now exceeded 1.194 million.

Chuang Shuk-kwan, head of the communicable disease branch at the Centre for Health Protection, also reported 33 imported cases, including 19 detected at the airport.

Chuang said the number of cases related to the Peony Golden Court cluster has increased to 12. The authorities have stepped up tracking some 190 diners, 49 of whom are still waiting for the test results.

One of the 48 staffers tested positive on May 8. He was a chef at the restaurant and had worked on May 1 and May 5. As he had participated in other activities in the community, Chuang did not rule out that he was not infected at the restaurant.

Chuang added that the environmental samples taken from Peony Golden Court were all negative, and the restaurant had already been cleaned and disinfected.

The deceased was an 89-year-old woman who passed away in a public hospital and had no vaccination record.

Public hospitals and treatment facilities are now housing 959 patients. Among them, one is in serious condition and two were admitted to the intensive care unit.

In the past 24 hours, 74 patients have recovered from Covid, and 42 of them have been discharged.
#COVID-19  #Covid
Add Comment