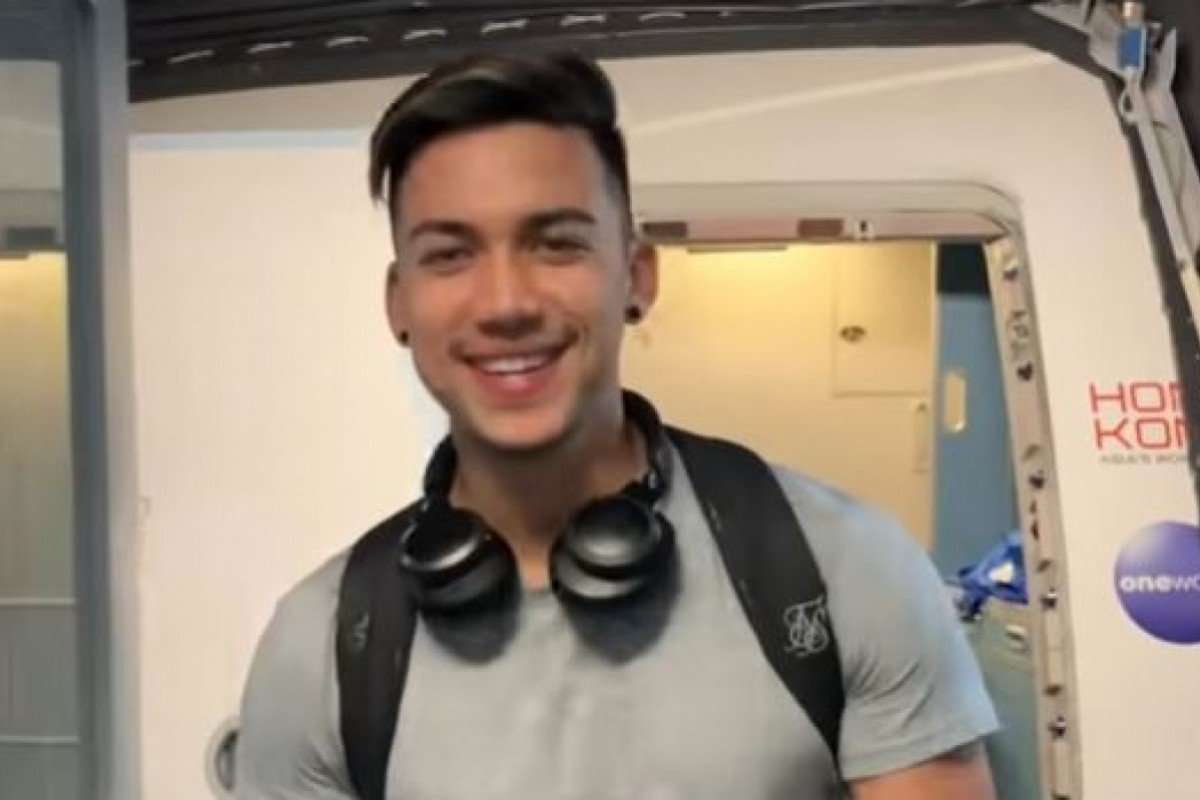 How to get a Cathay Pacific business class upgrade for free: YouTuber’s stunt prompts anger

Australian influencer Jamie Zhu claims he was upgraded to business class for free after faking a broken ankle. Calling him a ‘loser’, viewers said that Zhu’s stunt would make it harder for those with actual injuries to convince flight attendants

An Australian YouTuber has been widely criticised for using a fake ankle injury as an excuse to get an upgrade to business class for free on a Cathay Pacific flight.

Jamie Zhu even made a video titled “How To Fly Business Class For Free” showing him going into a pharmacy to purchase an orthopaedic boot for his “broken ankle” before an eight-hour flight.

Later, Zhu claimed that he was able to successfully convince flight attendants that he needed a new seat, as he could not fit the leg with the orthopaedic boot in the economy class seat.

Zhu then showed viewers footage of him sitting in business class, at some point exclaiming that he cannot believe that his plan worked.

The video ended with a clip of Zhu walking out of the flight without his orthopaedic boot. When a flight attendant said “I hope your ankle gets better …”, Zhu said he forgot about that and walked away laughing. The video has garnered over 40,000 views on YouTube.

Viewers left scathing comments on Zhu’s video – most described his act as “infuriating” and “shameful”. Some also called him a “loser” and “scammer”, and others were concerned that Zhu’s stunt would make it harder for those with actual injuries to convince flight attendants.

One viewer even urged others to file a complaint about Zhu’s video by posting a link to Cathay Pacific’s customer feedback page.

A few viewers suspect that Zhu may have faked the whole video, claiming that he could have actually bought the business class seat.

Some even claim they spotted Zhu’s dad sitting next to him in business class. In a reply to users on Facebook, Zhu claimed that it wasn’t his father but just another passenger.