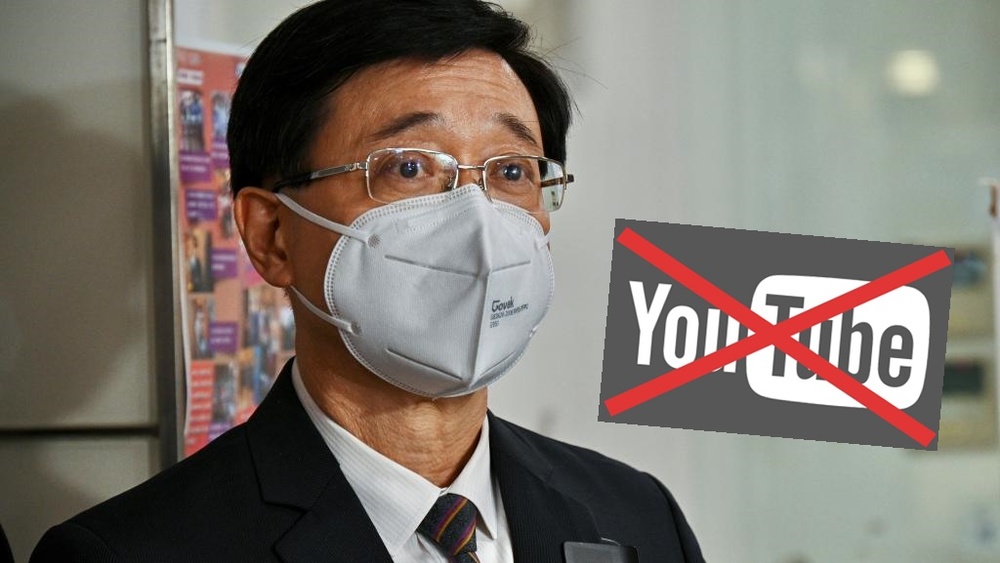 YouTube took down the campaign channel of HK chief executive candidate John Lee Ka-chiu on Wednesday, as its parent company Google said to comply with the US sanctions against the HK former number-two official.
This came a day after Lee’s campaign office started to live broadcast Lee’s meeting with Hong Kong deputies to the NPC and CPPCC on Facebook and YouTube on Tuesday, and was originally planning to broadcast the meeting with the Sports, Performing Arts, Culture and Publication sector today.

Upon request for comments, a Google spokesman said the company complies with applicable US sanctions laws and enforces related policies under its Terms of Service.

“After review and consistent with these policies, we terminated the Johnlee2022 YouTube channel,” the spokesman added.

It was understood the move by the video streaming platform was triggered by US sanctions laws, in which Lee has been under US sanctions since 2020 for his involvement in the implementation of the Beijing-imposed national security law in Hong Kong, which bans acts of secession, subversion, terrorism and collusion with foreign forces.

Lee was the city’s secretary for security by the time he was sanctioned, before he was promoted to the city’s No. 2 spot as chief secretary.

In response to the news, Tam Yiu-chung, director of Lee’s campaign office, expressed regret and noted the decision as unreasonable, but irreversible.

However, he said the ban will not affect Lee’s campaign and the dissemination of campaign information.
#Facebook
Add Comment