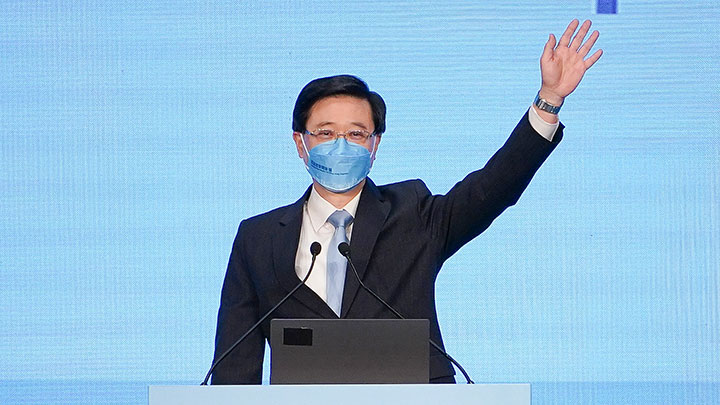 Child Development Matching Fund welcomed the trial scheme proposed by Chief Executive-elect to ease cross-generational poverty, hoping it was "not only a slogan initiative".
Speaking on a Sunday radio program, Chairwoman of Child Development Matching Fund Amy Chan Kung Wai-ying said she is happy that John Lee Ka-chiu has heard grassroots teenager's appeals and vowed to help them with training and subsidies offered by the government and businesses.

In collaboration with non-governmental organizations and private corporations, the program will provide training and mentorship schemes, to boost the youths’ confidence and help them to achieve their career goals.

Chan also noted that grassroots students lacked social capital and were more likely to enter industries that are not suitable for them without adequate career planning.

These students needed more physical experience and information, she said.

Separately, Democratic Party chairman Lo Kin-hei said although the party has not been invited to meet with John Lee Ka-chiu, he would still submit a letter of advice to him later.

He said rebuilding the relationship with citizens should be the priority of the new government, and they shall also deal with the aftermath of the Covid-19 pandemic.

The party will re-elect its leadership at the end of the year, and Lo said the number of Central Committee members will be reduced to 10 to 12 to lower the risk. He added that he would fight for a second term as chairman.

He also said the party did not run in the Legislative Council election last year, describing it as a "single decision", and it would continue seeking opinions on whether to join the next one.
#COVID-19  #Covid
Add Comment