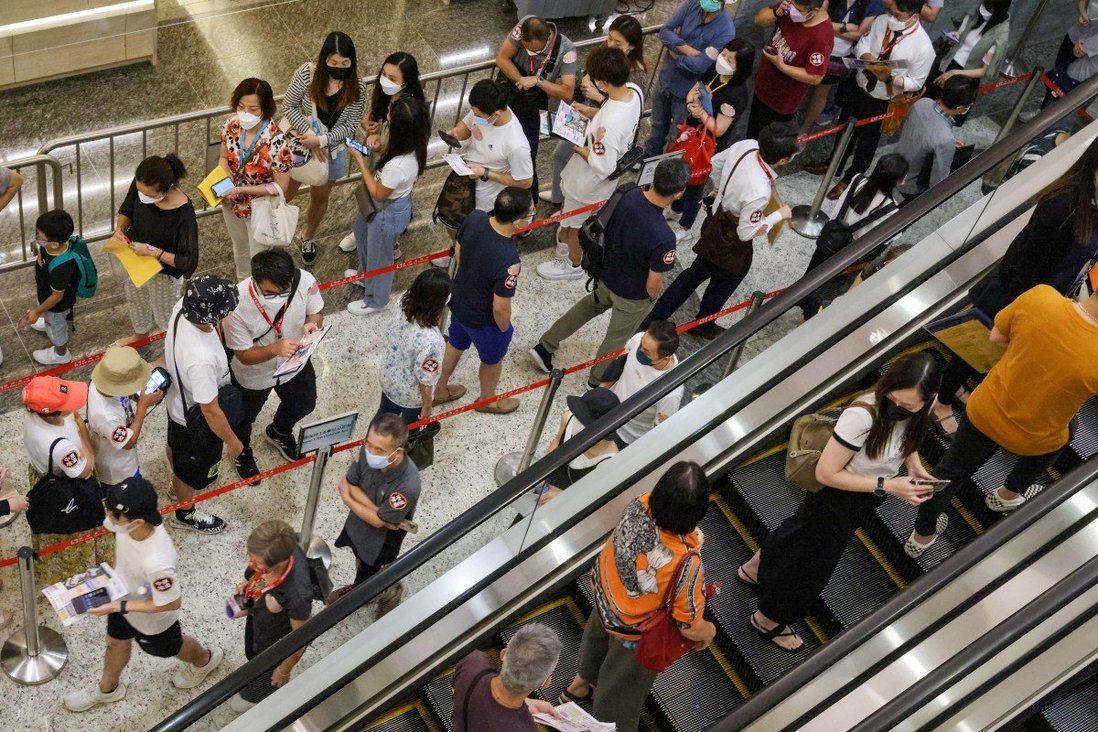 The project in Tuen Mun sold more than 96 per cent of the new flats on offer as first-time buyers eager to get on the property ladder took advantage of steep discounts.

Sun Hung Kai Properties (SHKP) sold 371 of 383 units on offer in the third phase of its Novo Land project, according to agents.

Around 80 per cent of the buyers on Sunday were young, first-time buyers, attracted by discounts of up to 20 per cent, agents said.

Today’s strong sales came after the second batch of units at Novo Land sold out within just four hours last Wednesday. The developer’s low pricing strategy has at least partially offset the impact of rising interest rates and attracted hordes of young buyers driven by a strong desire to get a foothold in Hong Kong’s notoriously expensive property market.

rate increases. It is expected that more banks will follow HSBC, which last week became the first of the city’s major lenders to raise its mortgage rates.

The bank raised the cap for its Hibor-linked home loans to 2.75 per cent from 2.5 per cent for new applications on Thursday. Hibor (the Hong Kong interbank offered rate) is the interest rate banks charge each other for borrowing money.

Despite this, the attractive prices on offer are offsetting the relatively weak sentiment among buyers, said Po.

“If the sellers are willing to lower their prices, there is still demand, as many buyers were taking a ‘wait and see’ attitude,” he said. “If there are cheap properties, people are still wiling to enter the market.”

The project has proved popular, with each previous batch of flats selling out since sales were launched on July 31. The total value of the units on sale on Sunday was more than HK$2.6 billion.

Mortgage payments linked to Hibor have been on the rise since March. The one-month Hibor hit 1.9 per cent on Wednesday, the highest in two years following an 11-day rally.

The effective mortgage rate – 1.3 percentage points above Hibor – has climbed from 1.43 per cent in January to about 2.5 per cent.

More property developers are expected to offer discounts to boost sales to counter the impact of the higher interest rates, while homeowners will continue to lower their asking prices in the secondary market.

Housing prices will stabilise or even edge up in the fourth quarter, if the government pushes policies that buoy economic growth and Hong Kong fully reopens its international borders, said Po.

“But if the interest rate hikes are faster than expected or rise by a bigger-than-expected degree, it will have a negative impact on the housing market,” he said.