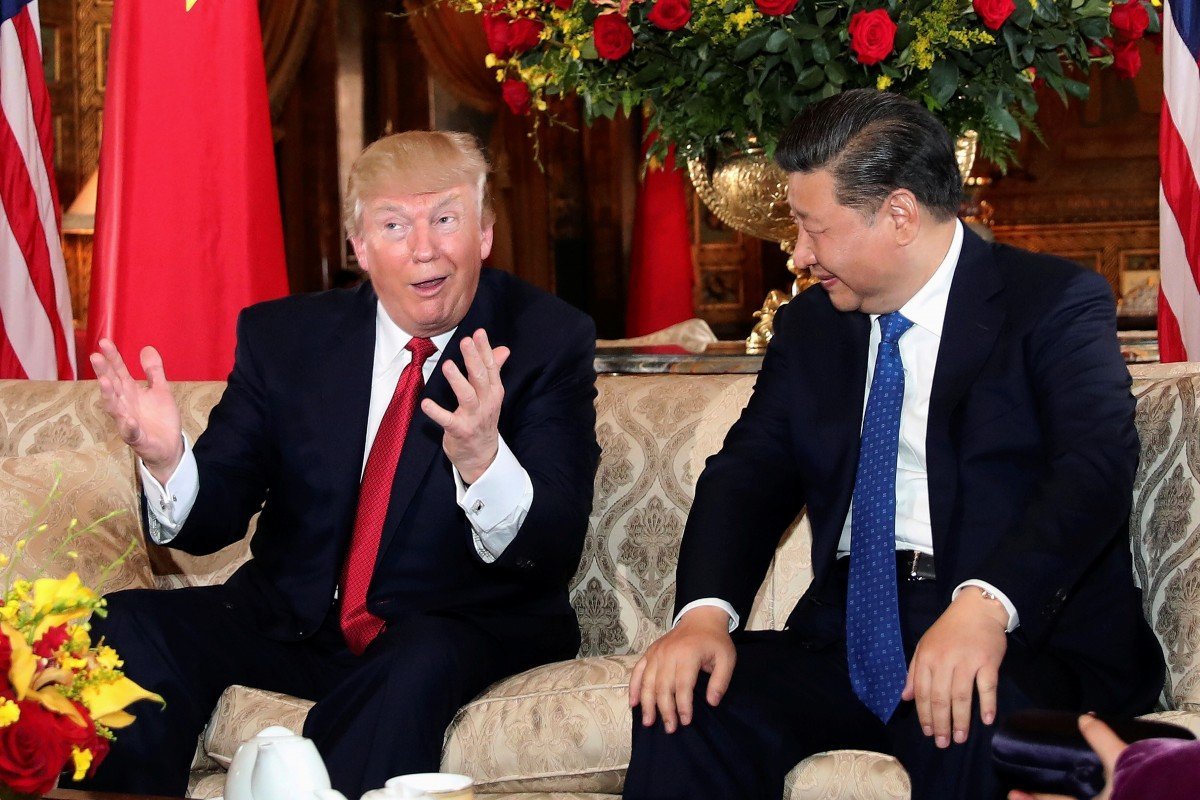 Even North Korea’s Kim Jong-un sent his ‘sincere’ wishes for the US President’s recovery, but China’s leader was much slower to respond.
Since Donald and Melania Trump tested positive for Covid-19, leaders from all over the world have wished the pair a speedy recovery.

While Chinese President Xi Jinping sent a message on Saturday evening, he lagged behind other state leaders – even North Korea’s Kim Jong-un – a possible indicator of the state of US-China relations.

Trump announced early on Friday that he and his wife had both tested positive for the coronavirus, raising concerns about his campaign in the month before Americans take to the voting booths on November 3.

Narendra Modi and Imran Khan, the prime ministers of India and Pakistan, were two of the first leaders to send their best wishes, highlighting both countries’ perennial jostling for US support.

Taiwan, which is pushing for greater aid from Washington, was also swift in releasing a statement via the island’s foreign ministry on Friday.

“He hoped they will surely overcome it,” the Korean Central News Agency reported. “He sent warm greetings to them.”

After earlier messages of goodwill from the ambassador to the US, Cui Tiankai, and a foreign ministry spokeswoman, on Saturday evening Xi said that he and his wife Peng Liyuan extended sympathy to their American counterparts and said they hoped they would make a swift recovery, state news agency Xinhua reported.

Shi Yinhong, director of the centre of American studies at Renmin University in Beijing, said it was “understandable” that the Chinese leader had not rushed to wish his US counterpart good health.

“[Xi] has no reason to send his condolences to Trump ahead of other leaders,” said Shi.

Trump has publicly boasted about his friendship with Xi and Kim, even when relations between the countries were strained. In March, he said he had a “good relationship with China and with President Xi” but that the Covid pandemic had got out of control.

But ties between China and the US have continued to deteriorate since then over issues such as Hong Kong, Taiwan, restrictions on Chinese tech companies and the handling of the Covid-19 pandemic, which Trump has repeatedly described as the “China virus”.

Shi said it was likely Trump’s hawkish China policies had ruined any good will between the two leaders.

“Their personal relationship since April has been very bad because Trump has adopted an extremely hard stance towards China since then, bashing China and ratcheting up sanctions, of course driven in some measure by his hopes of getting re-elected,” he said.

Jon Yuan Jiang, a researcher in international affairs at Queensland University of Technology in Brisbane, Australia, also said it was “understandable” Xi had not rushed to wish Trump well, imputing this to the protracted US-China trade war.

Jiang said Trump’s Covid-19 diagnosis could even be “good news” for his re-election prospects as it might prompt a surge in support – as happened with Brazil’s President Jair Bolsonaro – that “could offset [his] shortcomings in Covid-19 governance”.
#COVID-19  #Joe Biden  #Covid  #Coronavirus
Add Comment