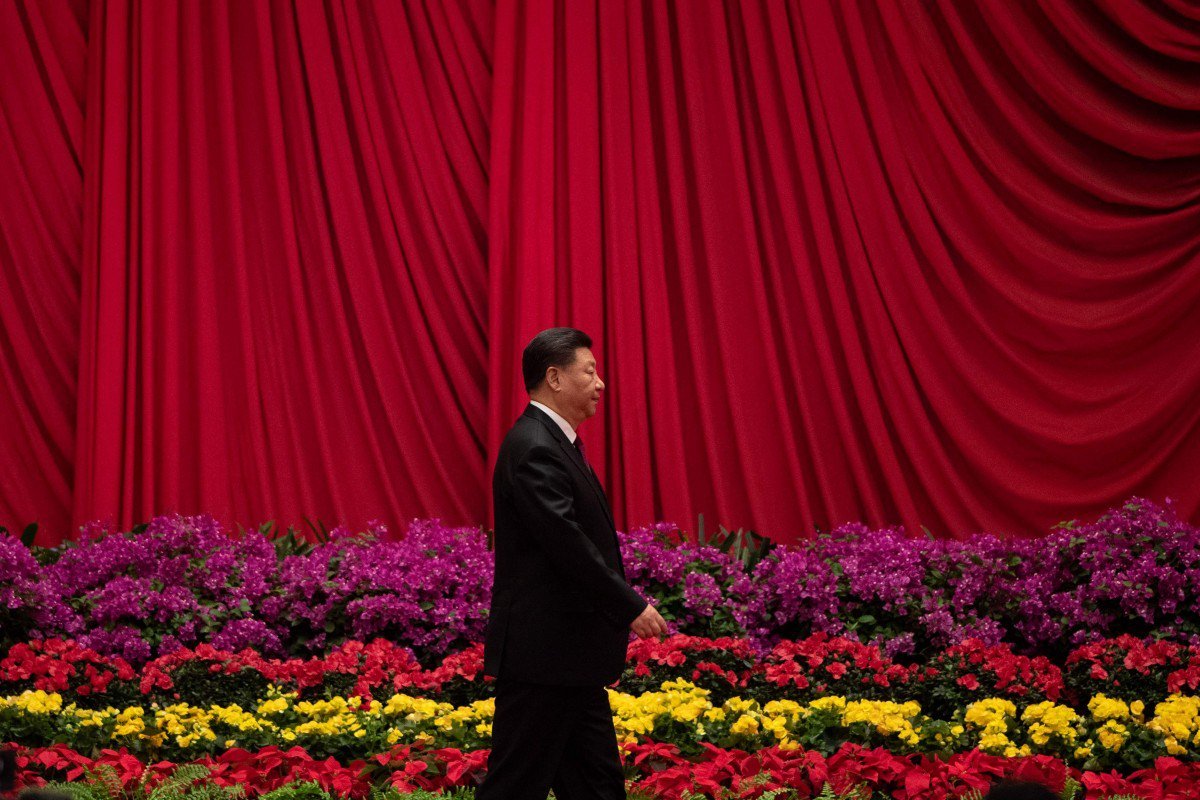 Beijing will stage one of its grandest parades ever on Tuesday to mark the 70th anniversary of Communist Party rule, signalling a new chapter under President Xi Jinping’s leadership.

The meticulously planned celebrations – which include a lavish military parade, gala evening show and fireworks – are a chance for Xi to outline his vision of a strong China under the firm direction of the party.

In a hugely symbolic gesture, Xi on Monday led seven top officials to pay tribute to Mao Zedong, the founding father of the People’s Republic. It was the first time since the end of the Cultural Revolution that a head of state had visited the former leader’s mausoleum at Tiananmen Square ahead of the National Day celebration.

The 66-year-old is expected to join Mao, Deng Xiaoping, Jiang Zemin and Hu Jintao on the pedestal of “top leaders” on Tuesday morning when he presides over a parade of 15,000 People’s Liberation Army soldiers. A 100,000-strong civilian parade will follow, featuring a huge portrait of the president along with those of his predecessors.

Broadcast nationwide and closely monitored by China watchers around the world, Xi is expected to begin proceedings with a major speech outlining his vision for strengthening party rule.

That will be followed by the 80-minute military parade, which officials have said will be the largest ever
in terms of new weapon systems on show and the range of troops involved.

Xi’s stature in the party will be seen as the PLA soldiers march along Changan Avenue, saluting their commander-in-chief in well-rehearsed formations. Xi, who took power seven years ago, will watch over the ceremony from the Tiananmen rostrum, where Mao proclaimed the founding of the People’s Republic 70 years ago. A cultural show and huge fireworks display will follow in the evening.

On Monday, Xi presided over a host of official activities in Beijing, including paying respects with the other leaders to China’s revolutionary heroes by laying wreaths at a monument in Tiananmen to mark Martyrs’ Day.

They also bowed three times in front of Mao’s statue at the huge memorial hall before paying their respects to the former chairman’s embalmed corpse inside, according to state broadcaster CCTV.

Analysts noted that Xi had in recent speeches emphasised the party’s pivotal role in leading China’s revolution and the national rejuvenation dream.

At a reception in the evening, Xi repeated that message, and also said Beijing would stick to its commitment to allow Hong Kong to maintain a high degree of autonomy.

“We will continue to fully and faithfully implement the principles of ‘one country, two systems’ [and] ‘Hong Kong people administering Hong Kong’, strictly in accordance with the [country’s] constitution and the Basic Law,” Xi said.

While Chinese leaders have long hailed Hong Kong’s reunification with the motherland as a milestone in the so-called rejuvenation dream, Xi’s comments came after a 17th successive weekend of unrest in the city, where protests over a now-abandoned extradition bill
have morphed into broader calls for political reform.

Analysts also noted three commentaries over the weekend in party mouthpiece People’s Daily, lauding Xi’s achievements in the past seven years – two of them using quotes from Mao as headlines.

State news agency Xinhua also made the connection with Mao.

“It was [at the Tiananmen rostrum] on October 1, 1949, that Mao Zedong announced the birth of New China. Over seven decades, the socialist country has blazed an extraordinary trail, rising from a ‘poor and blank’ state to a major country on the world stage,” a commentary on Monday read. “Xi, the first top Chinese leader born after 1949, is at the helm in a new era, steering the country through wind and waves to a brighter future.”

Deng Yuwen, an independent scholar and former deputy editor of the Central Party School’s Study Times journal, said Xi had always looked to Mao’s teachings for inspiration and support. He also noted that this year’s celebrations would be of a bigger and grander scale than in previous years.

Observers will be keeping a close eye on proceedings on Tuesday, particularly for any spontaneous show of support for Xi from the crowd. All slogans and patriotic messages to be displayed during the parade have been vetted and approved by the organisers, according to a Beijing Youth Daily report.

“It’s not easy to arrange hundreds of thousands of people to march through [Tiananmen] Square in a timely and orderly way,” said Ni Tianzuo, who has helped organised 20 of the 25 previous National Day parades. “Party leaders issue instructions about the slogans, and the [parade] participants will pick which slogan they will carry.”

But it does not always go as planned. In 1984, a group of Peking University students unfurled a banner that had not been approved – it read: “Hello, Xiaoping!”