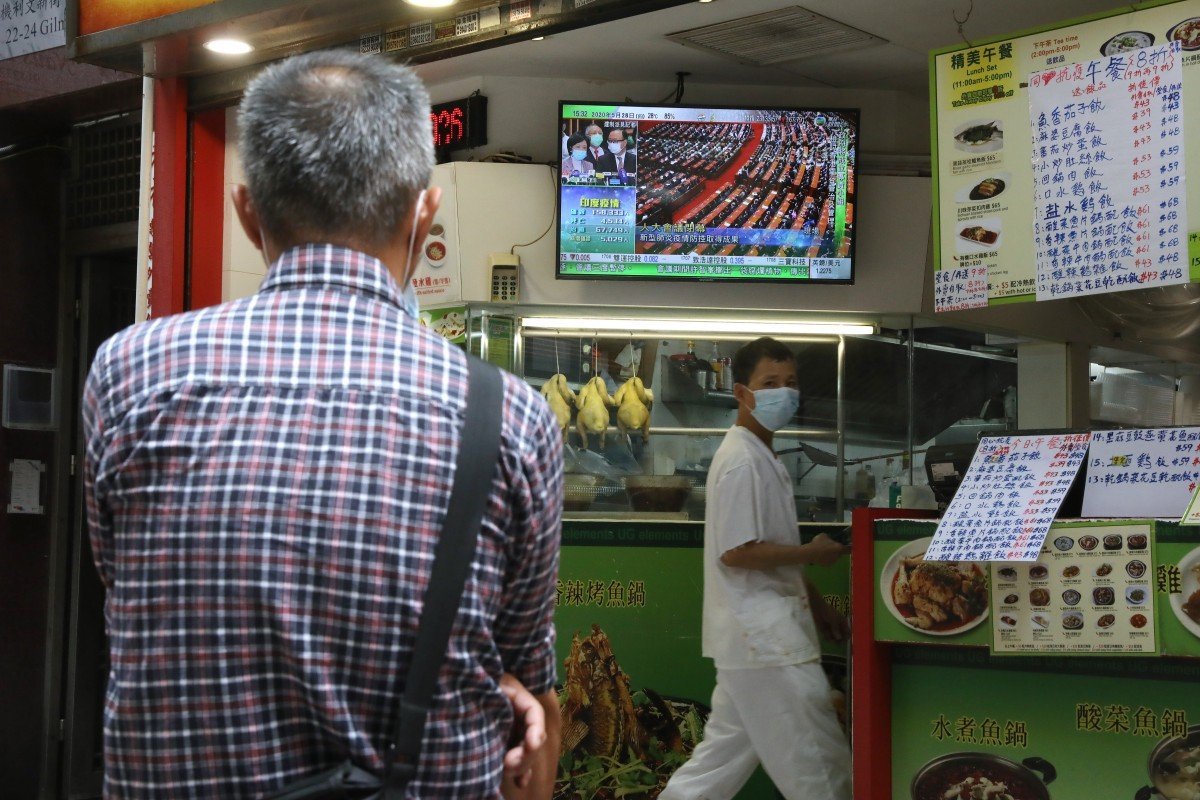 The Hong Kong government has hit back at US Secretary of State Mike Pompeo’s declaration that the city was no longer suitably autonomous from China, warning that sanctions were a double-edged sword that will harm the interests of Hong Kong as well as Washington.

Pompeo’s statement was the first step towards potentially downgrading the city’s preferential trading status, which includes recognising it as a customs territory separate from mainland China, under the US-Hong Kong Policy Act of 1992.

In a statement issued late on Thursday, a spokesman for the Hong Kong government said the city’s “separate customs territory” status was enshrined in the Basic Law, the city’s mini-constitution.

“We shall continue to pursue the policy of free trade. As a separate member of the World Trade Organisation, we expect to be fairly treated by our trading partners,” he said.

“In the Hong Kong-US relationship, any sanctions are a double-edged sword that will not only harm the interests of Hong Kong but also significantly those of the US.”

The spokesman noted that over the past decade, the United States’ trade surplus with Hong Kong had been the biggest among all its trading partners, with the merchandise trade surplus totalling US$297 billion from 2009 to 2018.

“In 2019, that surplus had come down from US$31.4 billion in the preceding year to US$26.4 billion as a result of the US-China trade tensions,” he added. “Should any sanctions be contemplated in other areas like services and investment, the interests of the 1,300 US corporations based in Hong Kong might further be affected.” 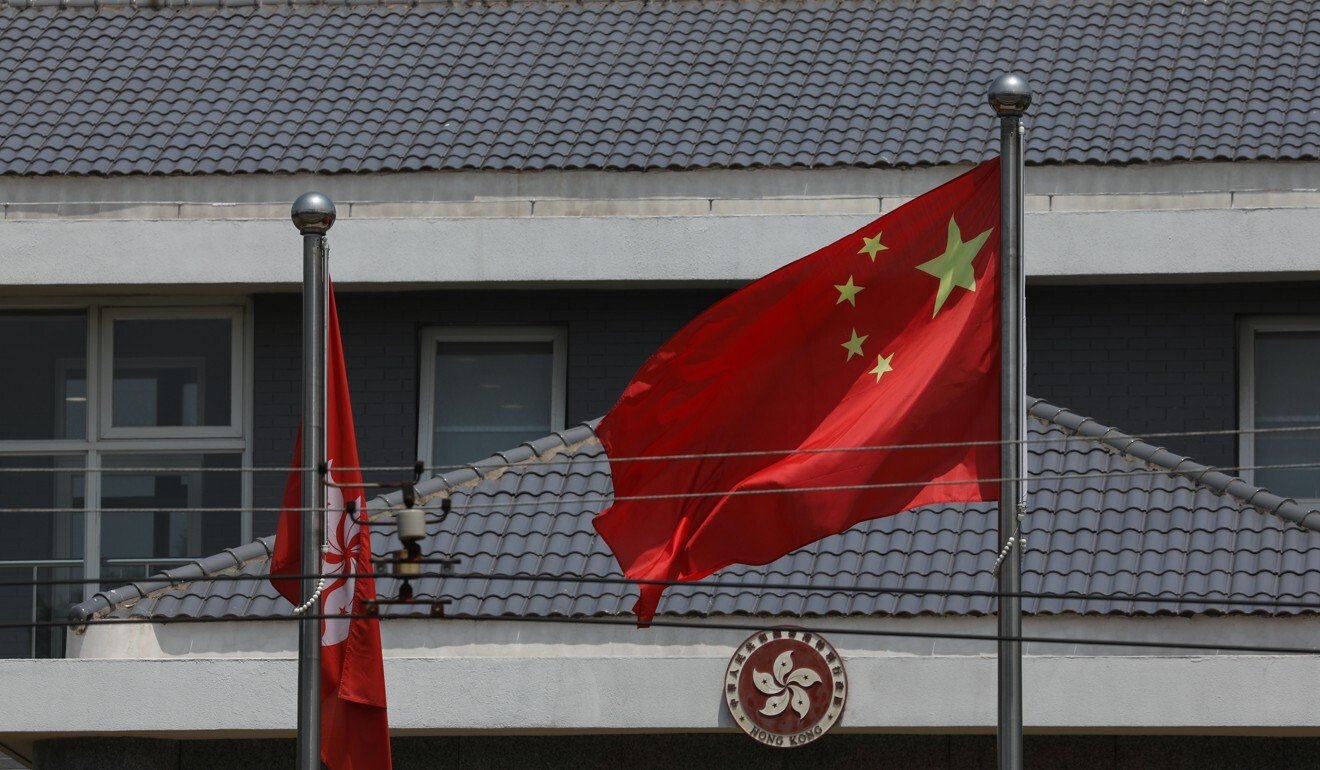 Beijing’s foreign affairs arm in Hong Kong blasted the US for its “utterly imperious”, “unreasonable and shameless” decision to open the door to potential sanctions. Photo: Simon Song

Beijing’s foreign affairs office in Hong Kong had earlier hit back at the “gangster logic” of the United States, calling the threat of potential sanctions
a shameless attempt to obstruct China’s planned national security law for the city.

In a statement on Thursday, the Office of the Commissioner of China’s Foreign Ministry in Hong Kong also accused the US of trying to play the city “as a card” and use it as a frontier for secession and subversive activities against the mainland.

A foreign ministry office spokesman said in the statement that it firmly refuted the criticism from Washington’s top diplomat as “smears and distortion”.

“The legislation targets only a few acts and activities endangering national security. It will not affect the high degree of autonomy of Hong Kong, will not affect Hong Kong citizens’ rights and freedoms enshrined in the law, and will not affect foreign investors’ legitimate rights and interests in Hong Kong,” the spokesman said, echoing recent statements by city and central government officials.

“It will only help refine the legal system of Hong Kong and uphold social order here.”

The spokesman said it was “utterly imperious, unreasonable and shameless for some in the US to stigmatise and demonise China’s just and legitimate measures to plug the loopholes in national security, and even threaten with sanctions based on their domestic law”, adding that the US went “all out to reinforce their own national security legal system”.

“By openly interfering in Hong Kong affairs, which are purely China’s internal affairs, and trampling international law and basic norms governing international relations, they have laid bare their double standards and gangster logic,” the spokesman said.

The statement came hours after Pompeo notified the US Congress that the administration of President Donald Trump no longer regarded Hong Kong as autonomous from mainland China, setting the stage for the potential withdrawal of the preferential trade and financial status the city has enjoyed since the 1997 handover. 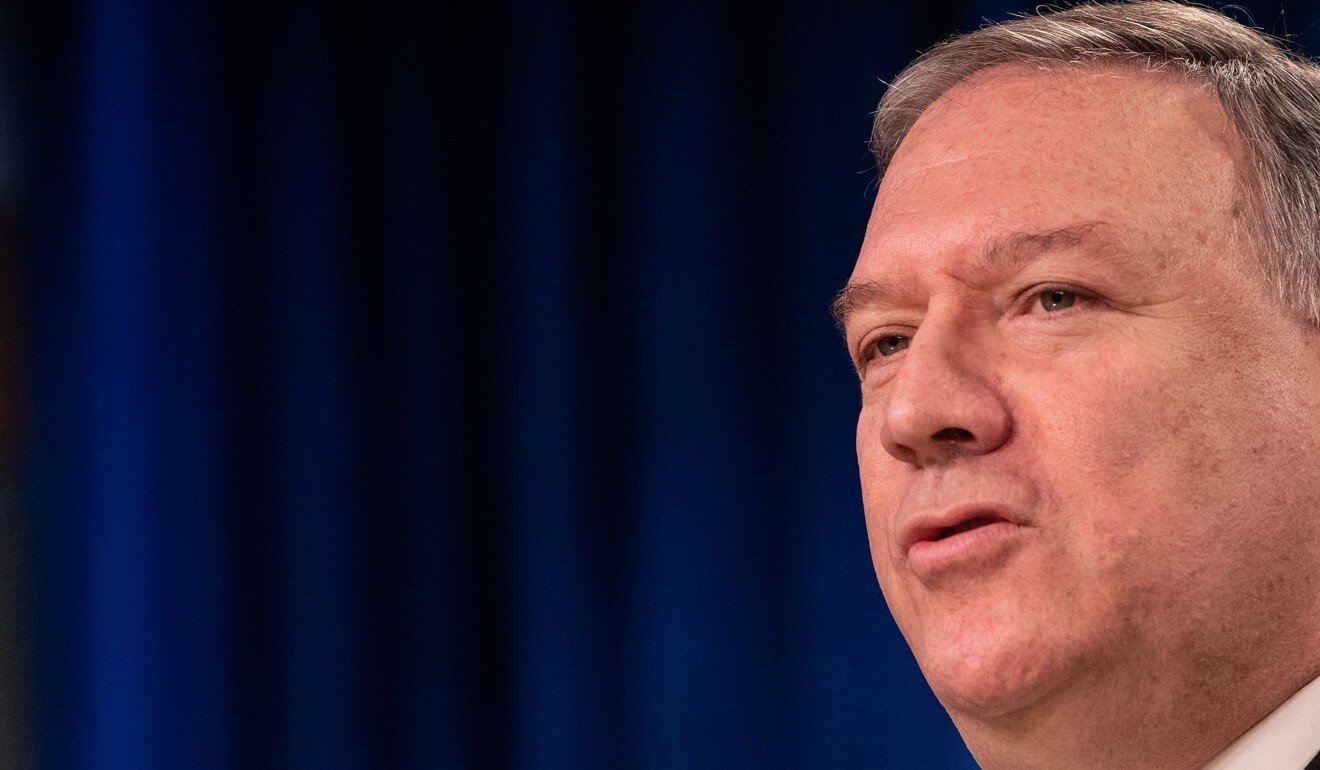 US Secretary of State Mike Pompeo on Wednesday said Hong Kong was no longer autonomous enough from Beijing to justify its preferential trade status. Photo: AFP

Pompeo’s decision was not accompanied by a revocation of any specific privileges, but it came amid calls for the US to react against Beijing’s move to impose a national security law on the city.

The Hong Kong Human Rights and Democracy Act approved by the US Congress and signed into law by Trump in November requires the State Department to certify at least once a year that the city retains enough autonomy to justify favourable trading terms.

It also specifies that officials responsible for human rights violations in the city could be subject to sanctions, including visa bans and asset freezes.

The spokesman for the commissioner’s office accused the US of trying to use the Hong Kong model to overthrow China’s social system, showing precisely why a national security law was needed.

“It is solid evidence for their ulterior motives to play Hong Kong as a card and use it as a frontier for secession, subversion, infiltration and sabotage activities against the mainland,” he said. “It also proves exactly the great urgency for the National People’s Congress to decide on enacting national security legislation for Hong Kong so as to close the loopholes in this regard.”

Last week, the office put out a statement accusing Pompeo of “ungrounded allegations and unreasonable pressure” as the State Department weighed the decision made public on Wednesday.

Another statement on the same day condemned Chris Patten, the city’s last colonial governor, “to everlasting infamy” for his criticism of a police watchdog report into the handling of last year’s anti-government protests.