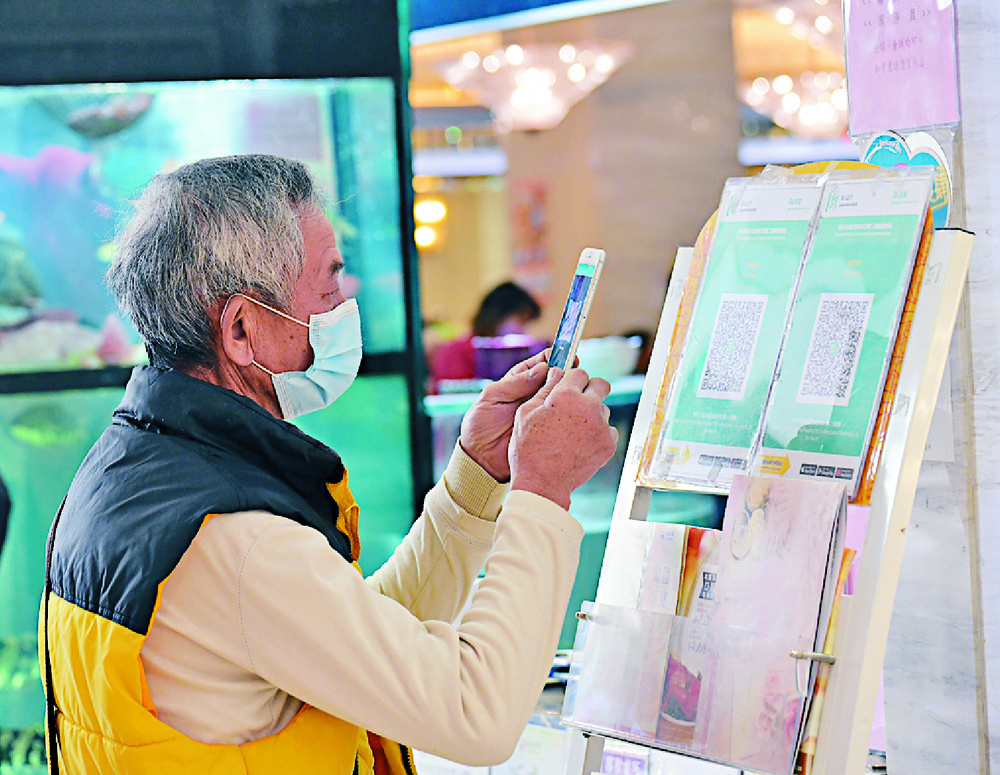 braille race on for mandatory APP use

The handicapped, children and teenagers aged 15 or below and the elderly aged 65 or above will be exempt and are allowed to write down their information on paper.

Establishments can simply put the plastic covers over the LeaveHomeSafe QR code posters, which will help the visually impaired find the QR code's position.

However, she said "the government will start distributing the plastic covers next week." She said the handicapped do not have to present their registration cards when entering public premises.

"If disabled people do not bring their registration cards, staff members of restaurants and other public premises can use their common sense," Wong said.

People with handicaps who use paper forms instead of the app are legally bound to ensure the information they fill in is accurate, Wong said. She added that restaurants can seek help from the government or call the police if they suspect customers are faking disabilities to avoid using the app. Wong added that the government will distribute "universal paper forms" for the visually impaired in advance, allowing them to fill in their information beforehand.

People who cannot use the app because they do not have a smartphone, such as the homeless, will be given a certificate by social welfare organizations, Wong said.

Meanwhile, authorities announced they will extend existing social distancing measures for two weeks from tomorrow. The Food and Health Bureau said yesterday it was mulling extending the "vaccine bubble" arrangement to all scheduled premises including restaurants, but added it will introduce exemptions to those unfit to get the jabs.

News of the braille covers came as a private Covid-19 testing laboratory has been removed from the Department of Health's list of recognized testing institutions because the kits it used may not be able to identify the Omicron variant.

The department said that the testing kits used by Medtimes Molecular Laboratory in Kwai Chung can only detect two targets in the coronavirus's spike protein gene and it may not detect the Omicron variant, which has multiple spike protein gene mutations.

The lab is also contacting people who have used its testing services in the past two weeks and arranging for retesting at another lab.
#Coronavirus  #COVID-19  #vaccine  #Covid
Add Comment