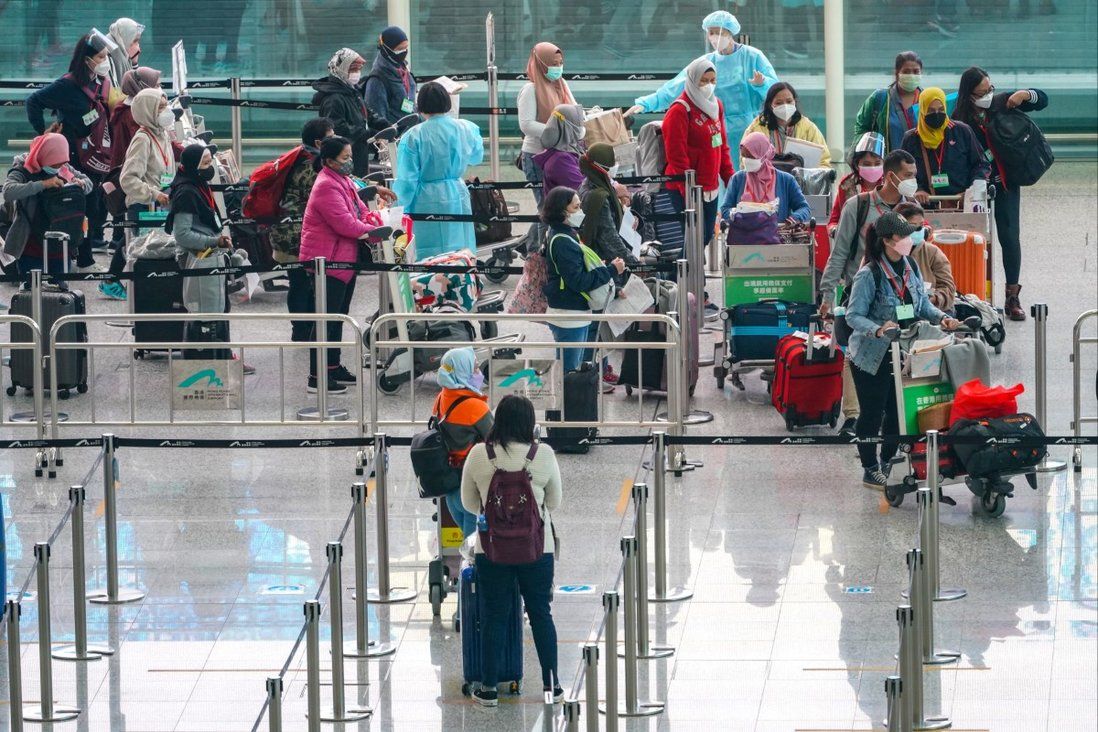 Hong Kong will provide 150 more hotel rooms for arriving domestic helpers to serve out their quarantine starting next month, a concession that labour-strapped local employment agencies have characterised as “better than nothing”.

The Labour Department announced on Monday the Rambler Garden Hotel in Tsing Yi would set aside the additional rooms from February 1 for foreign domestic helpers, bringing the total there to 650.

“The government understands the need of local families for foreign domestic helpers. However, the local epidemic situation has worsened rapidly, [and] the government must vigilantly uphold the policy of guarding against importation of cases,” a department spokesman said.

“The government will consider whether more designated quarantine facilities can be provided having regard to the global and local epidemic situation.”

With a local Omicron outbreak resulting in more close contacts being quarantined, and with arrivals from several countries required to serve their first four days of isolation at the government’s facility at Penny’s Bay, the 1,000 slots there originally earmarked for domestic helpers will no longer be reserved for them from this month onwards.

Instead, arriving domestic workers and those at Penny’s Bay with time left to serve will be moved to the new Regala Skycity Hotel, also on Lantau Island, which will provide 1,138 rooms, on top of the ones at the Rambler Garden and another 500 at the Courtyard by Marriott Hong Kong in Sha Tin.

Secretary for Labour and Welfare Law Chi-kwong previously said Hong Kong should provide more quarantine facilities for domestic helpers, as the number of such workers had dropped from more than 400,000 to about 350,000 over the course of the Covid-19 pandemic. He warned the current manpower shortage could weaken the city’s economic recovery, as some people would have to quit their jobs to take care of their families.

Thomas Chan Tung-fung, chairman of the Hong Kong Union of Employment Agencies, said the additional 150 quarantine hotel rooms was a slight improvement, but noted some 4,000 foreign domestic helpers were still waiting to come to the city, with the delay for some stretching beyond a year.

“This is only better than nothing, as an extra 150 hotel rooms can’t ease the backlog of applications,” he said. “Every month we have over 2,000 fresh applications from foreign domestic helpers.”

Chan urged the government to open up another four or five hotels for domestic workers, or allow them to make bookings in quarantine lodgings designated for other arrivals.

Regarding the slight rise in room rates, Betty Yung Ma Shan-yee, chairwoman of the Hong Kong Employers of Overseas Domestic Helpers Association, said it generally would not be a problem for employers to bear.

However, she noted some employers had given up on hiring foreign domestic workers due to the high cost and long wait involved and turned to local part-time help instead.