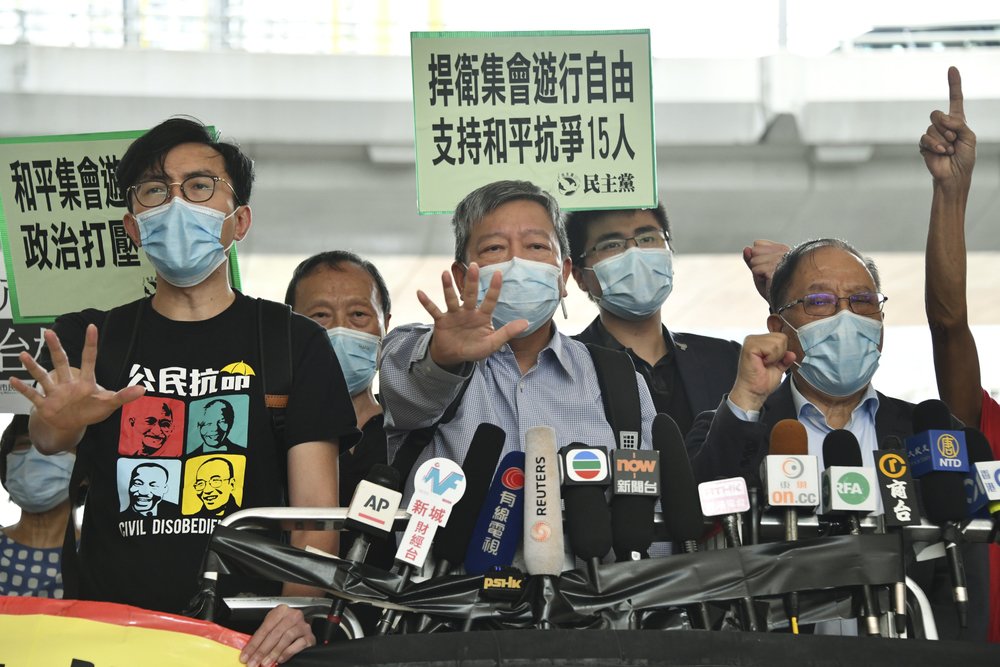 Hongkongers from across the political spectrum condemned mob violence at the US Capitol, 18 months after protesters stormed their own legislature to demand greater democracy.

Those in the pro-Beijing establishment also denounced the violence, calling it a possible insurrection and a sign of a breakdown in law and order and respect for the government.

Lawmaker Regina Ip Lau Suk-yee called the use of violence in an attempt to overturn an electoral outcome "very serious'' and said such acts could be seen as an insurrection.

Ip said some US politicians had dismissed the storming of Hong Kong's legislature by anti-government protesters in July 2019 as "something not to be taken seriously.''

She added: "Our police were accused of brutality, but their police have used much more force. They've already killed one person,'' she said.

One protester was shot inside the Capitol during the violence, while three other people died from medical emergencies.

"I think this is a clear example of how we all live in glass houses, so don't throw stones. They live in a glass house and they keep throwing stones at ours,'' she said.

The storming of Capitol Hill came one day after Hong Kong authorities arrested 53 pro-democracy activists, accusing them of subversion over allegations they sought to elect lawmakers who would hamstring the Legislative Council's work and force the resignation of Chief Executive Carrie Lam Cheng Yuet-ngor.

"It's very sad for us in Hong Kong to see mobs attacking Capitol Hill and trying to overthrow the election results. We in Hong Kong are fighting for a democracy in which everyone has a right to vote,'' Lee said.

"But when we look at the US, it's now a subversion of the will of the people by violence.''

Lee said the United States has now become a "laughingstock.''

German Chancellor Angela Merkel said she was "furious and saddened," stressing that Trump shared blame for the unrest.

"I deeply regret that President Trump has not conceded his defeat, since November and again yesterday," she said. "Doubts about the election outcome were stoked and created the atmosphere that made the events possible."

She welcomed a statement by President-elect Joe Biden as well as "many reactions from both major parties of the US" which she said reassured her "that this democracy will prove to be much stronger than the attackers and rioters."

British Prime Minister Boris Johnson said the United States "stands for democracy around the world and it is now vital that there should be a peaceful and orderly transfer of power."