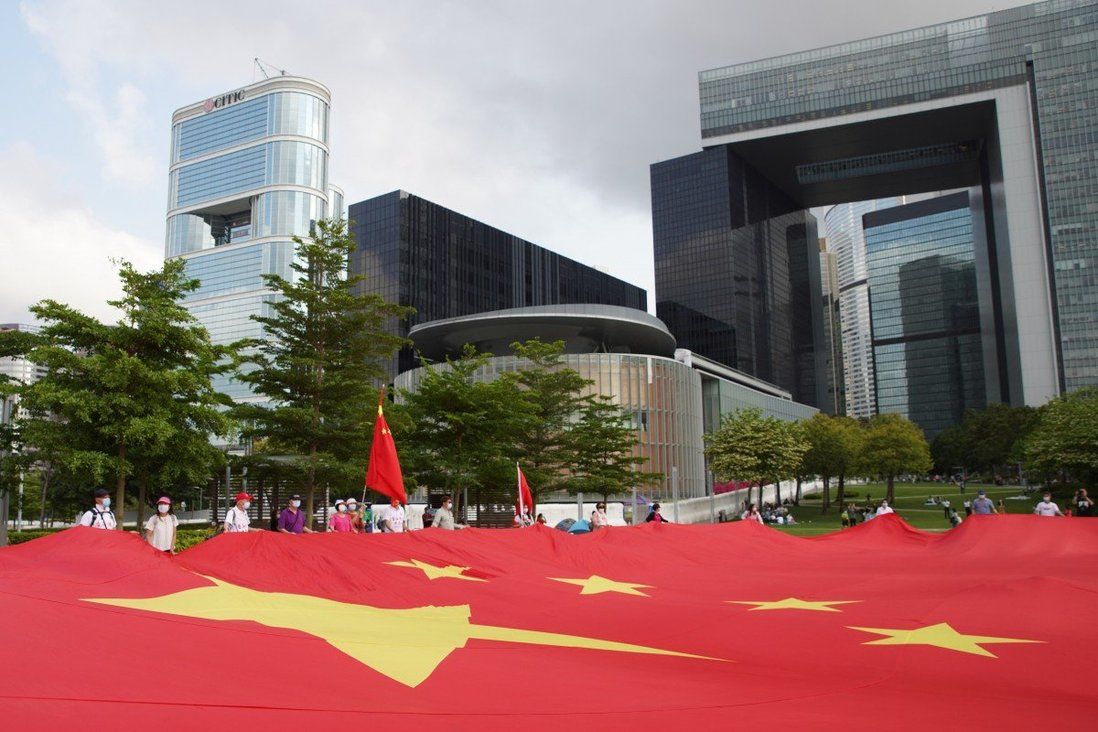 Beijing is likely to draft a more refined and targeted anti-sanctions law for Hong Kong that could list exemptions for selected multinational corporations instead of adopting the blunt approach of just imposing its own powerful legislation, analysts have said.

Explaining the central government’s surprising decision on Friday to defer the introduction of the sweeping mainland Chinese anti-sanctions law, sources and analysts also said the cautious approach did not signal any retreat or U-turn on retaliatory steps against Western countries’ punitive measures. Rather, it would opt for very precise retaliatory moves that would not jeopardise Hong Kong’s financial hub status.

Observers also pointed out that adopting the law in Hong Kong was not the only option in Beijing’s retributive toolbox against Western powers, as the central government had also imposed other legal or administrative measures to retaliate against foreign sanctions in the past. 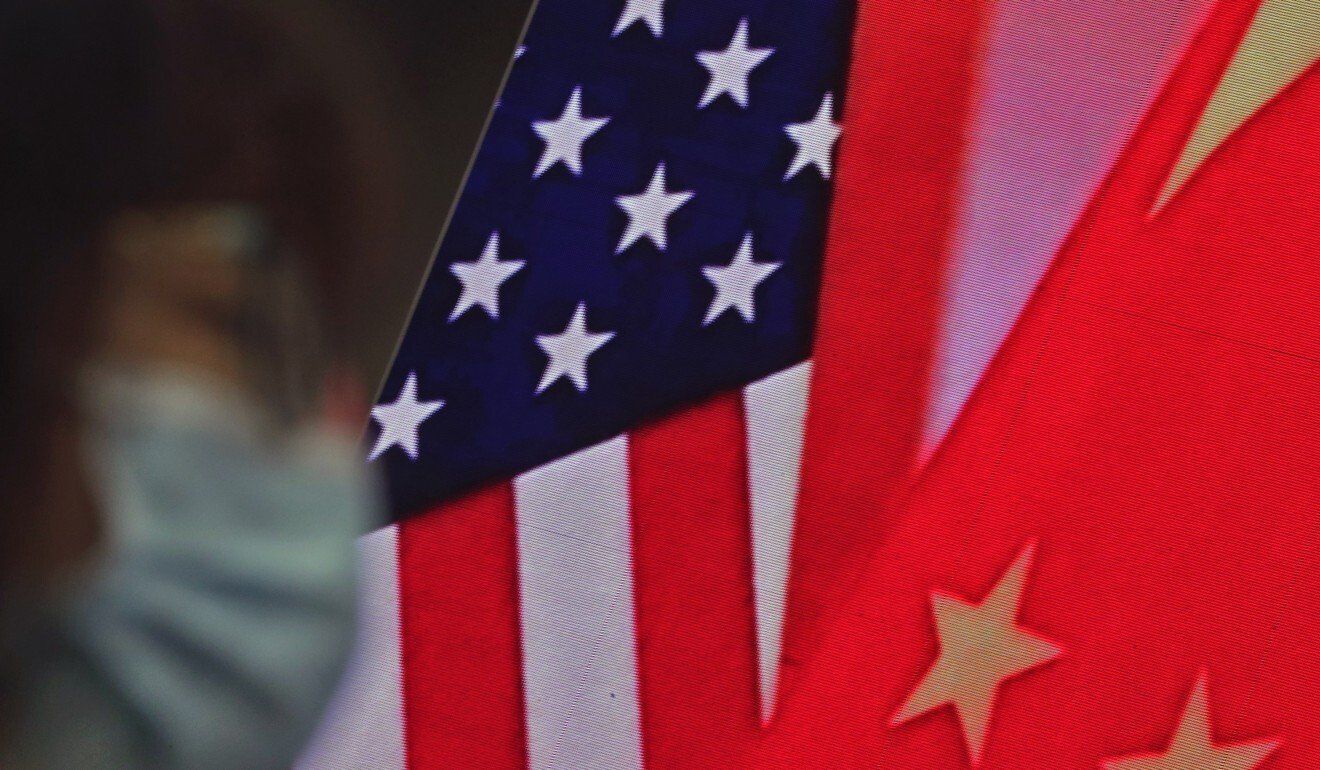 Some observers say US-China relations have improved, others disagree.

“It remains unclear whether after all these studies, Beijing would still want to counter foreign sanctions in Hong Kong by adding the anti-sanctions law to Annex III [of the Basic Law], or through other laws or administrative means,” said Lau Siu-kai, vice-president of semi-official think tank the Chinese Association of Hong Kong and Macau Studies.

Tian Feilong, an associate professor at Beihang University’s law school in Beijing, said the postponement showed that the central government and its advisers realised the Hong Kong market’s response had to be taken into account.

“As the US recently issued a business advisory on Hong Kong … Beijing must assess the risk of Washington decoupling [from] the city.”

The law against foreign sanctions, approved by Beijing in June, empowers Chinese authorities to seize assets from entities that impose punitive financial measures on the country. Businesses can be held liable if they refuse to help Beijing carry out countermeasures.

Xinhua reported on Tuesday that as the National People’s Congress (NPC) Standing Committee kicked off a four-day session, delegates had scrutinised various draft resolutions, including one on adding the anti-sanctions legislation into the Basic Law, Hong Kong’s mini-constitution. 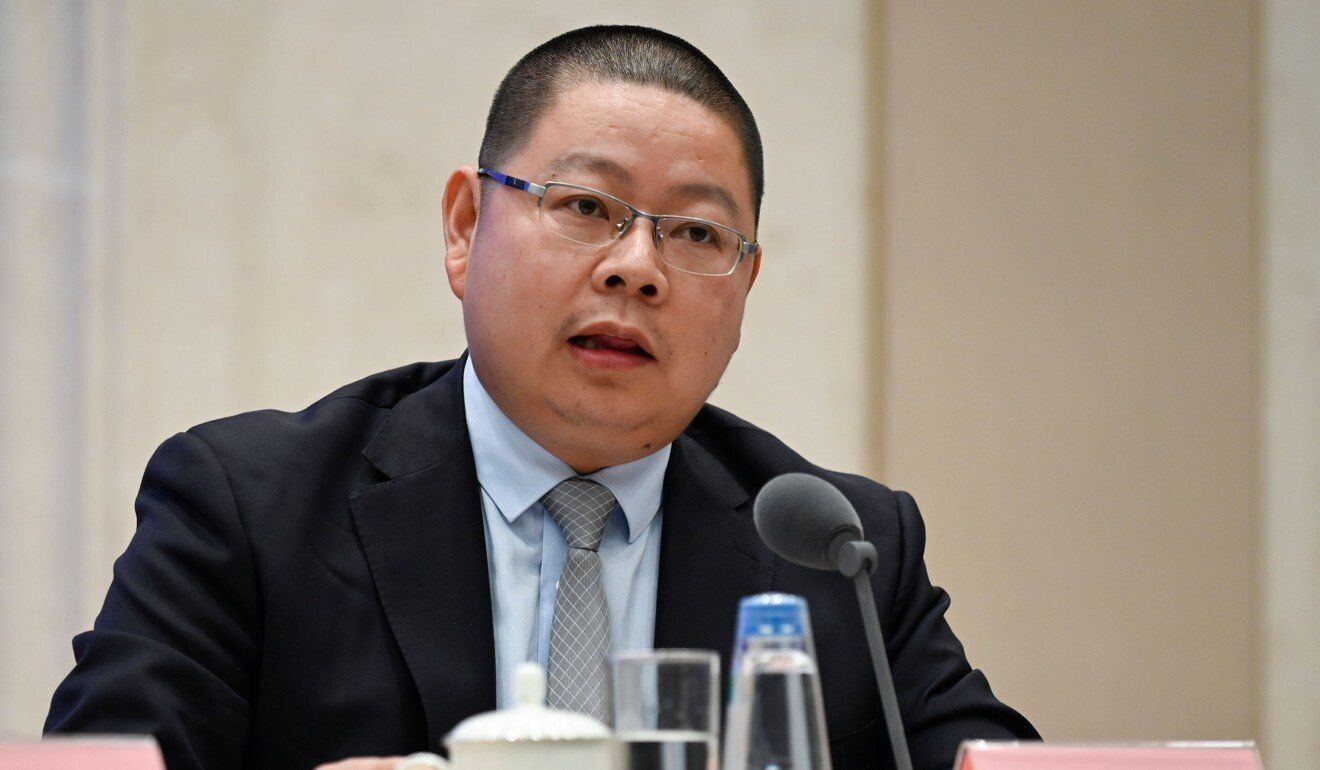 Also that day, Tam Yiu-chung, Hong Kong’s sole delegate to the standing committee, the country’s top legislative body, said he expected the resolution to be passed this week. But the vote was postponed on Friday, with Tam confirming the body had decided to “continue to study related issues”.

Kevin Tsui Ka-kin, an associate professor at Clemson University’s business college in the US state of South Carolina, warned that if the law was enforced in Hong Kong, international banks and financial institutions in the city could be “caught between a rock and a hard place” as they had to choose between the US and Chinese market.

Speaking on condition of anonymity, a local pro-establishment businessman said he was glad Beijing did not adopt the hawkish views expressed by mainland academics such as Tian, who pushed for the introduction of the national law in Hong Kong in June.

“Those academics know nothing about what made Hong Kong succeed as a centre of international finance. It’s good Beijing put a brake on the legislation,” he said.

The postponement caught some pro-establishment lawmakers by surprise, with one saying he had assumed the addition of the legislation into the Basic Law was a done deal based on his previous conversations with officials. 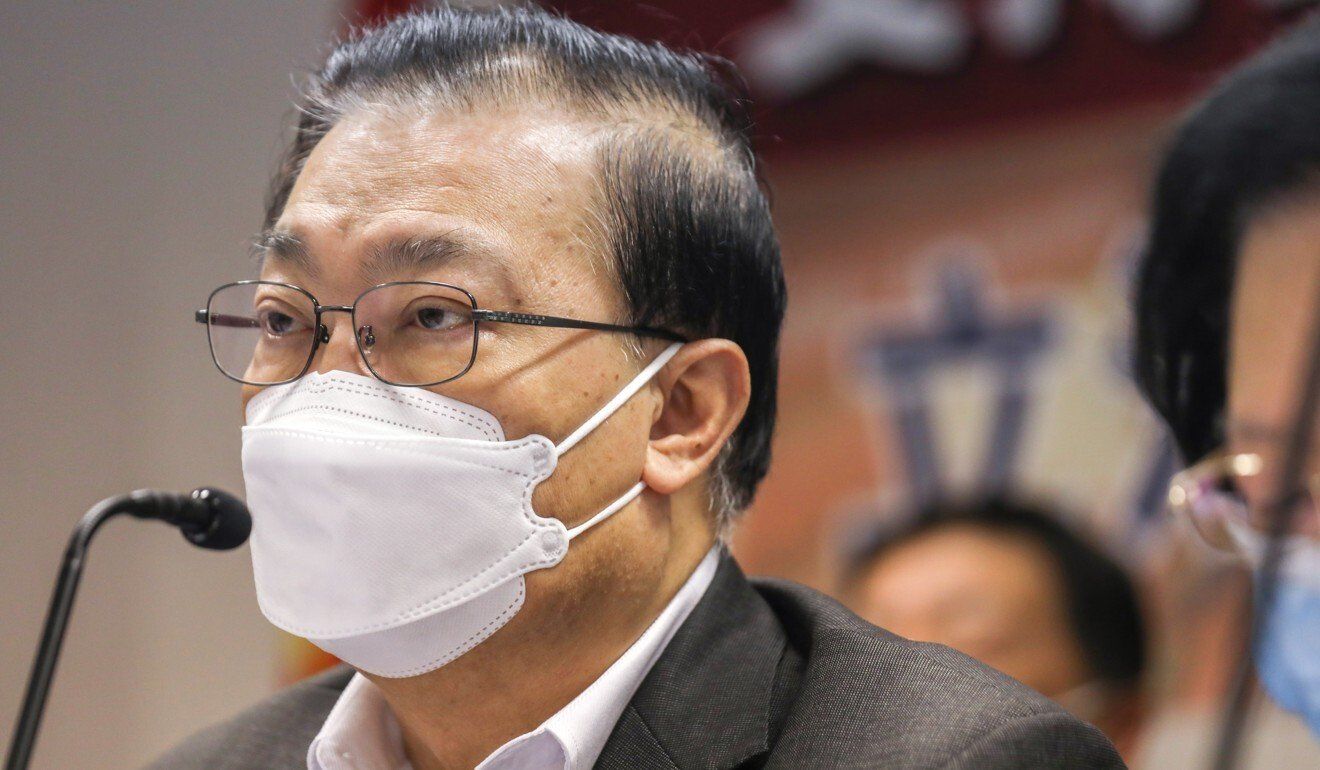 The lawmaker, who did not want to be named, said the bloc was scrambling to come up with practical suggestions to help tailor the local legislation to give maximum room for flexibility and ambiguity in its application.

“It’s good to know Beijing is handling this prudently. Now we’ll just hold all the proposals we raised previously until we understand more about Beijing’s concerns,” the legislator said.

An official in charge of financial policies said the Hong Kong government had been in a passive position on the decision, and would call off consultation sessions with lawmakers until further notice.

Tian said he expected Beijing officials to spend the coming months ironing out the details of the legislation, and make reference to anti-sanctions laws adopted by the European Union, Russia and Canada.

Pro-establishment lawmaker Paul Tse Wai-chun said he believed that with the Taliban taking control of Afghanistan, mainland officials had to reassess the country’s relationship with the US, and the need to counter foreign sanctions might not be as urgent as before.

According to Hong Kong-based international relations analyst Derek Yuen Mi-chang, the US-China relation ship had shown signs of improvement with the recent arrival of new Chinese ambassador Qin Gang in Washington. So, inserting the sanctions legislation into the Basic Law was no longer among Beijing’s priorities, he argued.

“The US-China relation ship has shown no structural change. Washington has continued to challenge Beijing’s bottom lines on the Taiwan issue,” he said.

“This makes it necessary for Beijing and Hong Kong to take action together.”

Tian said it was not uncommon for a draft resolution to go through multiple sessions of deliberation before it could be voted on. He also said he expected Hong Kong to be proactive in working with Beijing on adopting the law.

Aside from global banks and financial institutions, the proposed law has also unsettled other businesses in the city.

“We can’t have our cake and eat it. There is no leeway to leave Hong Kong’s reputation as an international financial hub unaffected if the anti-sanctions law is imposed,” construction company boss Jason Poon Chuk-hung said.

He suggested Beijing could instead make use of its broadly defined export control law or provisions in the Unreliable Entity List regulations – both of which came into effect last year – in Hong Kong to retaliate against countries that endangered national security. 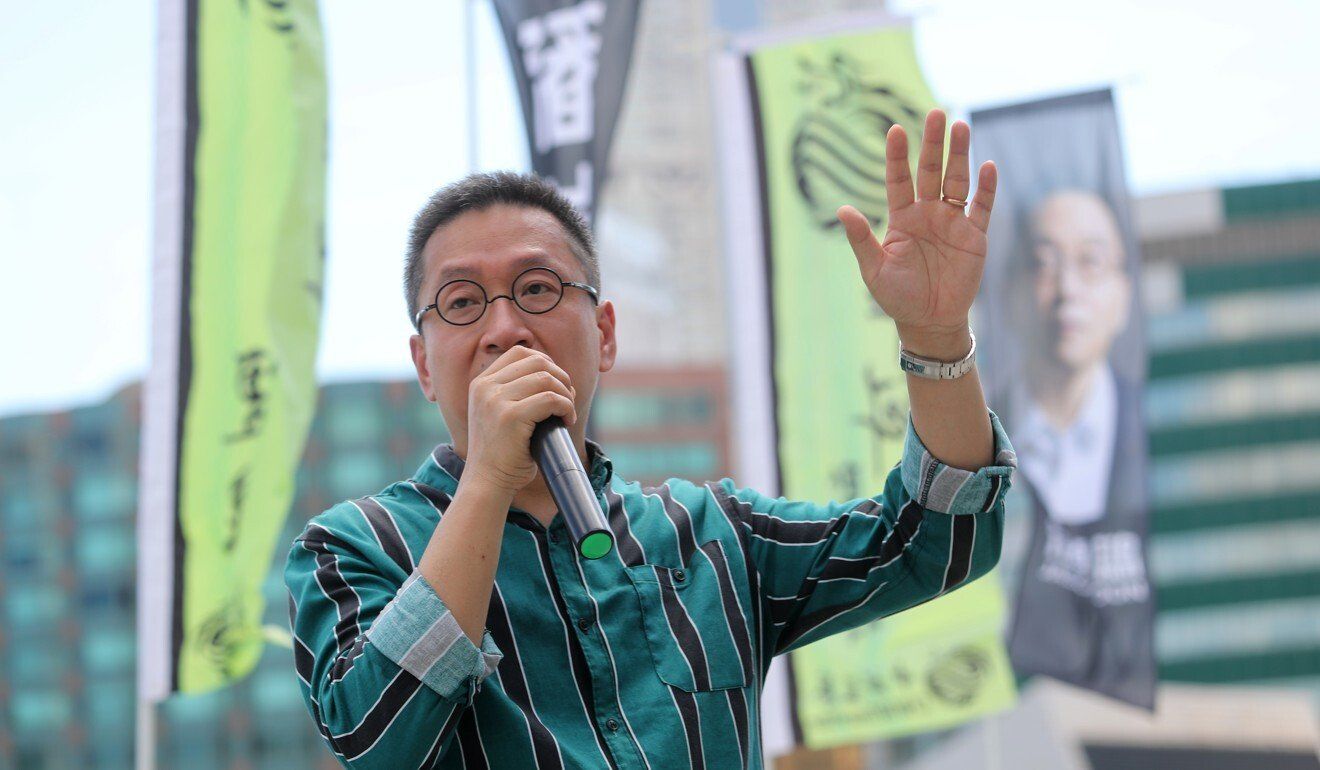 Legal analysts suggested officials had to tap into international examples to ensure the law could be adopted without hurting the city’s reputation.

To alleviate business sector concerns, they said, a mechanism should be introduced to allow companies operating in Hong Kong to seek discretion from the government and continue to comply with foreign sanctions.

Professor Julian Ku, an international and constitutional law expert at Hofstra University in New York, said that in other places where such conflicts had arisen, such as Europe, companies could seek waivers from the European Union or governments that allowed them to continue to comply with the US sanctions.

“I think if the Hong Kong government sets up a waiver process similar to the EU process, then it would go a long way to allaying the fears of firms over this issue,” Ku said.

“The problem is that it is very unclear if such a waiver process would be consistent with the Chinese anti-sanctions law, so there is the risk of departing from China’s national policy.”

Mini vandePol, Asia-Pacific head of the global compliance and investigations group at Baker McKenzie, said sanctions enforcement authorities, such as the US Office of Foreign Assets Control, recognised that in some cases, financial institutions could obtain limited licences to engage in a transaction that otherwise would be prohibited. 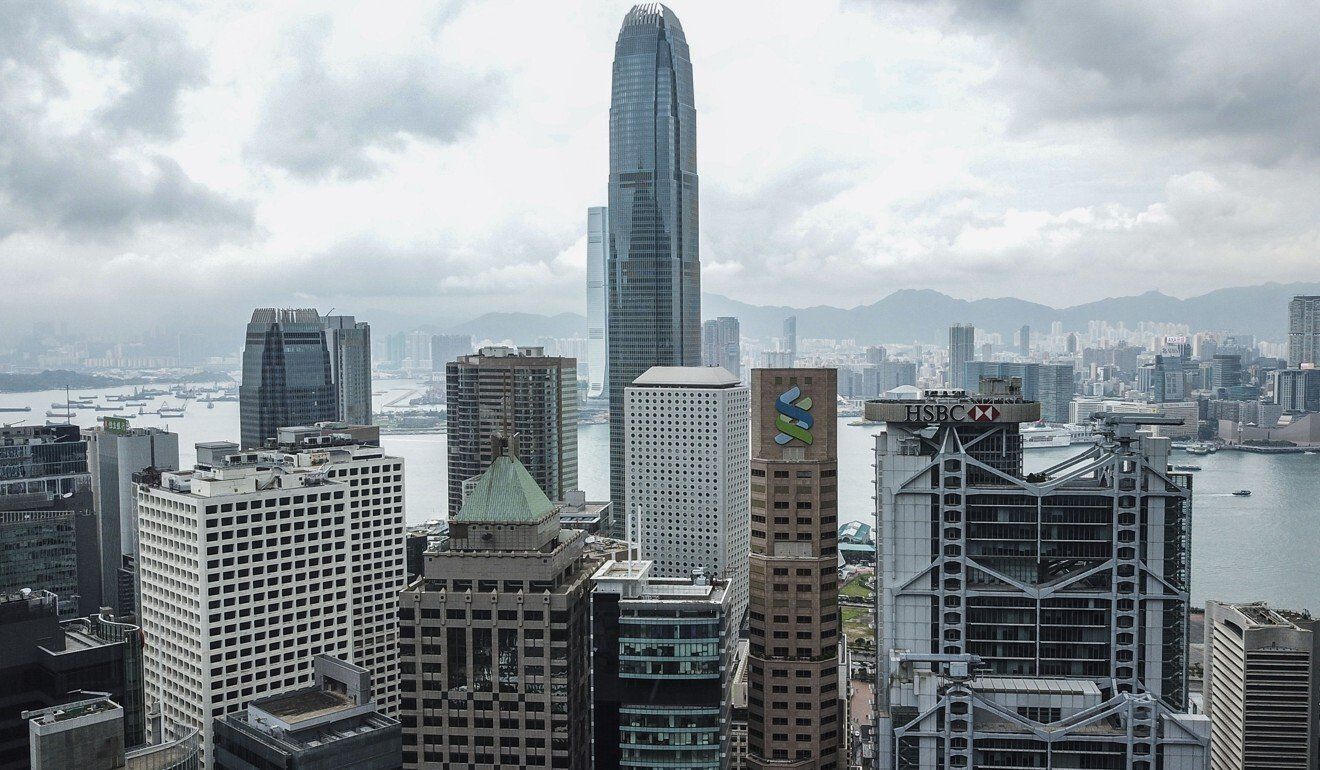 “So given that certain foreign sanctions are designed to address non-political concerns, it would be useful if the relevant supervising authority of the new Hong Kong law has some discretion to authorise the implementation of foreign sanctions, for instance, against parties involved in terrorist-financing activities,” she said.

University of Hong Kong legal scholar Albert Chen Hung-yee, who specialises in mainland law, said the Hong Kong authorities might add a specific clause that allowed them to draw up ways of implementation through subsidiary legislation or regulations, where some flexibility could come in.

But he said a certain degree of discretion would have already been accounted for when the chief executive considered, for instance, the form and length of the counter-sanction measures.

“The chief executive may decide what buffer to offer by promulgating regulations,” he said.

Nick Turner, a lawyer at Steptoe & Johnson in Hong Kong who specialises in economic sanctions and compliance, said that as with any law, there were likely to be exceptions and leeway built in that would allow the government to apply it to individual cases and circumstances.

He said it would be helpful if the local regulators and enforcement agencies offered guidance to companies regarding the law’s application.