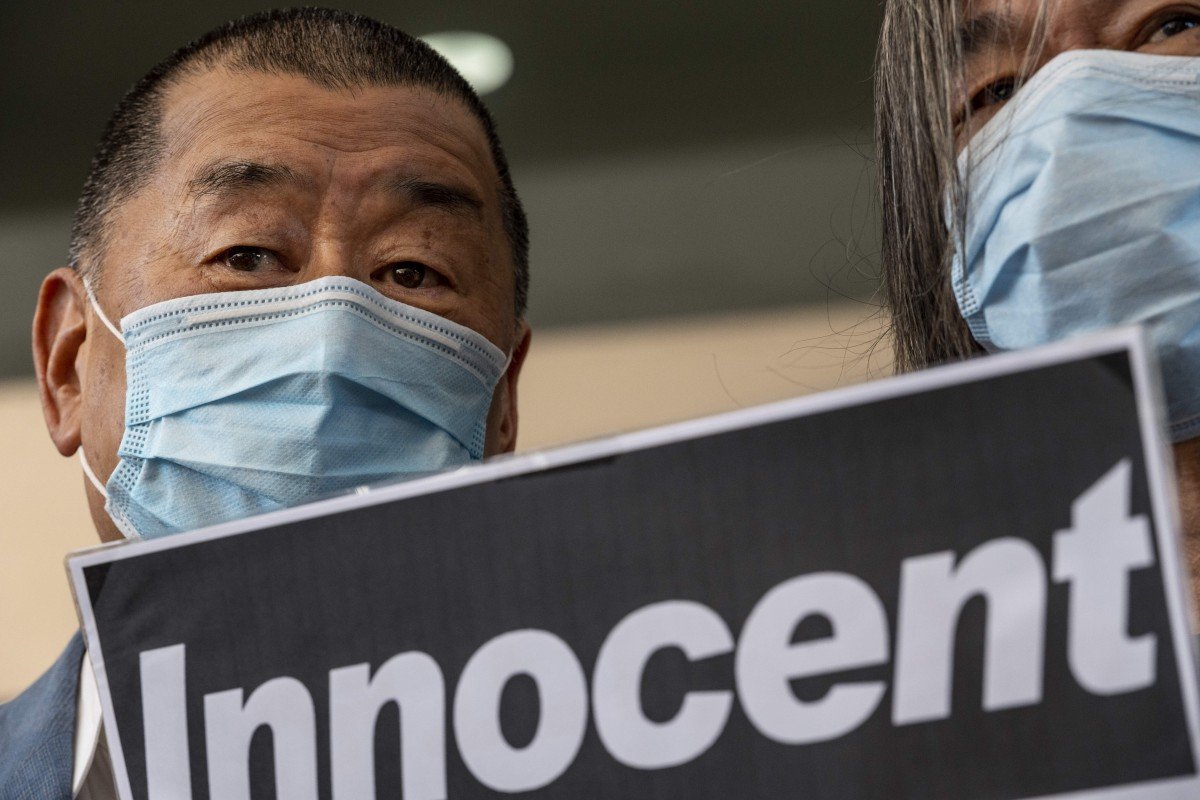 Hong Kong media mogul Jimmy Lai Chee-ying said he unknowingly funded a report compiled under a fake persona and used in a conspiracy theory to discredit US presidential candidate Joe Biden ahead of the November 3 election.

The owner of tabloid newspaper Apple Daily tweeted Friday evening that his top aide Mark Simon used money from Lai’s private company without his knowledge to pay for the project, which accused Joe Biden’s son, Hunter, of having business ties with China.

I’m sorry that Apple Daily was implicated by the NBC article.

But Apple Daily has nothing to with it, I’ve nothing to do with it. My assistant Mark Simon now informed us that he worked with the project, although had not commissioned it. (1/3) https://t.co/ZArKou8hEw

Lai, who openly endorsed Donald Trump in the US presidential election, said he and Apple Daily have “nothing to do with it”. Apple Daily also issued a statement denying its involvement.

Simon, who worked for US naval intelligence and who now serves as Lai’s assistant, admitted to the Post that he took money from Lai’s account. Hours later Simon said in a letter that he intended to resign from “a group of companies” held by Lai, but added that he would “briefly remain as others step up”.

A source close to him said Simon paid US$10,000 over six months to US scholar Christopher Balding as “expense reimbursement” for researching the Biden family’s alleged business interests in China.

I was shocked when our reporter asked me for response to the NBC article. I know it is hard for anyone to believe that I didn’t know about it and my integrity is damaged. (3/3)

Simon did not explain why he asked Balding, a former professor at Fulbright University Vietnam, to conduct research on Hunter Biden. The source said Simon was unaware that Balding was going to write up his findings into a 64-page report.

The report, written under the name of a self-identified Swiss security analyst “Martin Aspen”, was later disseminated by Trump’s close associates to media outlets supporting the embattled president. Aspen, however, turned out to be a fabricated identity, and even his photo – according to NBC – was generated by artificial intelligence.

Biden’s camp refuted the report and described it as part of a misinformation smear campaign.

The source claimed that Simon was unaware that the report was written under a fake persona and insisted that it was Balding’s idea.

Balding, however, told the Post that he had only contributed “a small number of very specific sections” to the report. He said he mainly dealt with Simon and the Apple Daily team in Taiwan for the project. 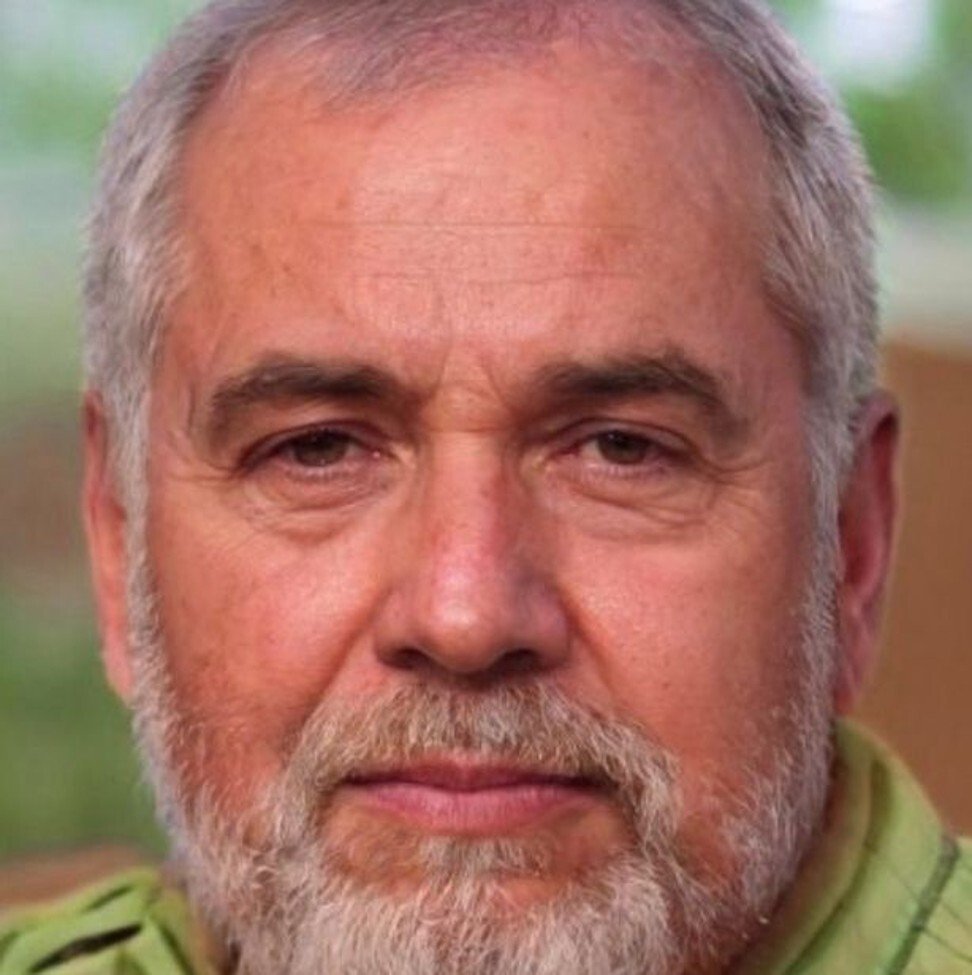 “I worked with Mark Simon … with phone calls split between Taiwan and the US,” Balding said without elaborating. “The report and the Apple Daily Taiwan coverage [on allegations concerning Hunter Biden] are two separate things. The report provided some information for them, but Apple Daily does not own the report.”

Balding said in his own blog and tweets that the real author of the report was another individual who wanted to remain anonymous “out of personal safety and professional risks” concerns. He said the author wrote the report for “a client”, whom Balding vaguely described as “an entity interested in the political risk of the upcoming US election”.

In a reply to the Post, Simon admitted to having an investigation team, which engaged Balding for the Biden research, as part of his media project, a YouTube channel called TomoNews US.

The channel, which uses mostly animation to report “real news” in an “irreverent and unapologetic” tone, covers a wide range of topics from China to space exploration.

TomoNews is also the main content platform of CGI-animated coverage of news created by Next Animation Studio, a subsidiary of Hong Kong-listed Next Media owned by Jimmy Lai. Simon was a senior executive of Next Media. 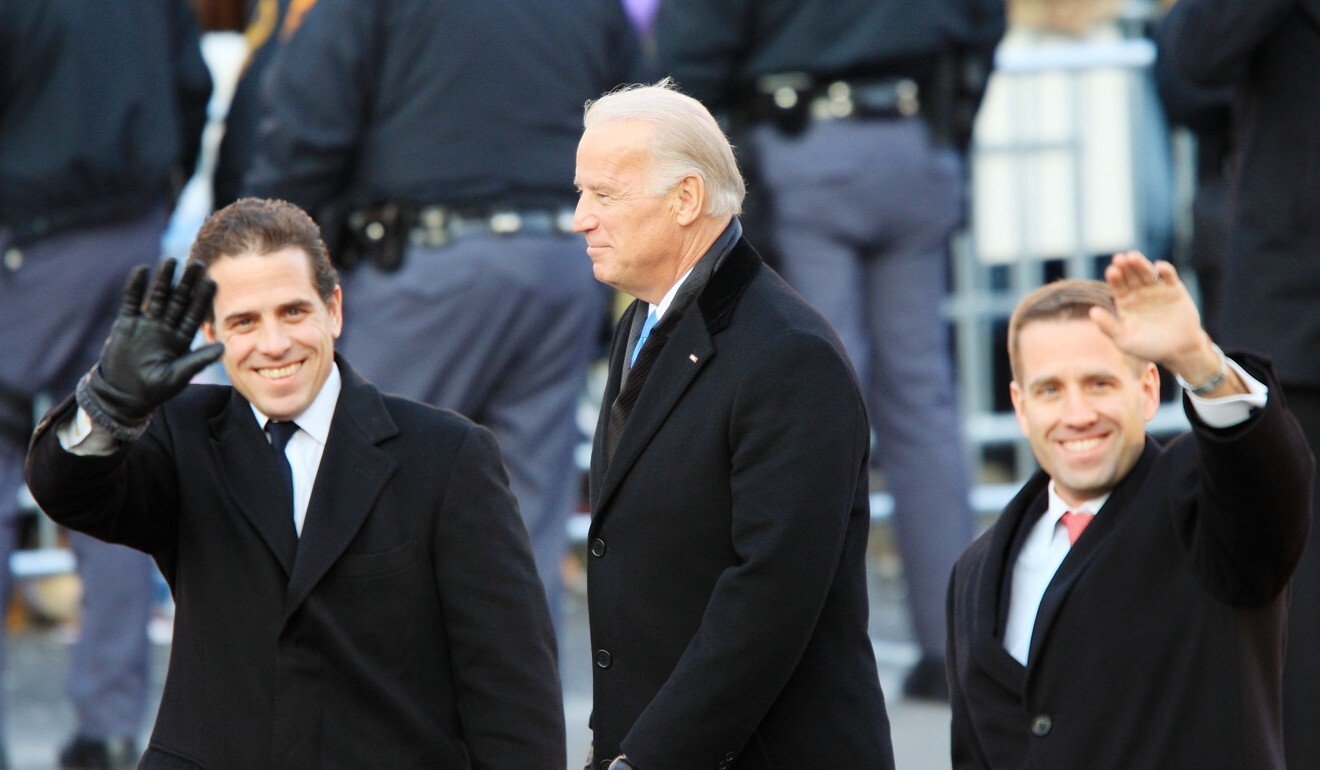 In a statement issued on Friday, the company said Simon, who is now based in Taiwan, is no longer its employee. He is, however, still an “assistant” to Lai and writes a regular column for the tabloid.

The latest development followed a news report by US broadcaster NBC on Thursday that Apple Daily was behind the widely circulated document purportedly showing Hunter Biden’s business connections with China.

According to NBC, the report was composed under a fake persona allegedly working for a self-described intelligence company, whose logo was lifted from a Taiwanese non-profit organisation. The US broadcaster also quoted an unnamed Apple Daily spokesperson who confirmed that the newspaper worked with Balding on the document.

Apple Daily on Friday said they had not received any inquiry from NBC before its story publication and that they did not commission Balding to write the 64-page document referred to in the story.

The spokesman for its Taiwanese branch also denied any involvement, although he admitted that the newspaper ran two exclusive stories based on the report after receiving it from an undisclosed source. The spokesman said the paper’s reporters had carried out their own reporting and independently verified the information.

Lai said he was sorry that Apple Daily was implicated but maintained his innocence. “I know it is hard for anyone to believe that I didn’t know about it and my integrity is damaged,” he said.

Lai told his employees in a video clip that he would take responsibility for what Simon did even though he played no part in it, according to an Apple Daily report.

Simon, however, said he would take full responsibility.

“I never tell Jimmy what I’m up to. Don't people understand our lives? Of course, I didn’t tell him … I lost myself in the data and its accuracy and forgot about the distribution,” Simon said in a reply to the Post.

In a commentary last week, Lai, known for his unrelenting criticism of China, praised Trump for his tough stance on Beijing and said he found “a stronger sense of security in Trump” than Biden, who is leading the numbers in the latest polls.

Lai said on Twitter earlier this week that “some friends accused me [of] supporting Trump in [the] election and it is not right. I apologise”. But he said he stood by his view that “Trump’s dealing with China has been effective and it directly affects us here”.

Trump has repeatedly slammed Biden over reports of his son’s business ties in China, but the Democratic Party has denied that the former vice-president was ever involved in any overseas business and described it as a smear campaign.

The US president has also criticised US media outlets for not investigating or devoting more coverage to Hunter Biden’s business in China and its alleged connections there to his father.

The Wall Street Journal, for example, ran a report on October 23, stating that corporate records that their reporters reviewed “show no role for Joe Biden”.

Two days later, The New York Times ran a feature story about how Trump administration officials including Eric Herschmann had tried to influence reporters at the Journal to run a story asserting that Joe Biden had been aware of, and profited from, his son’s activities in China.