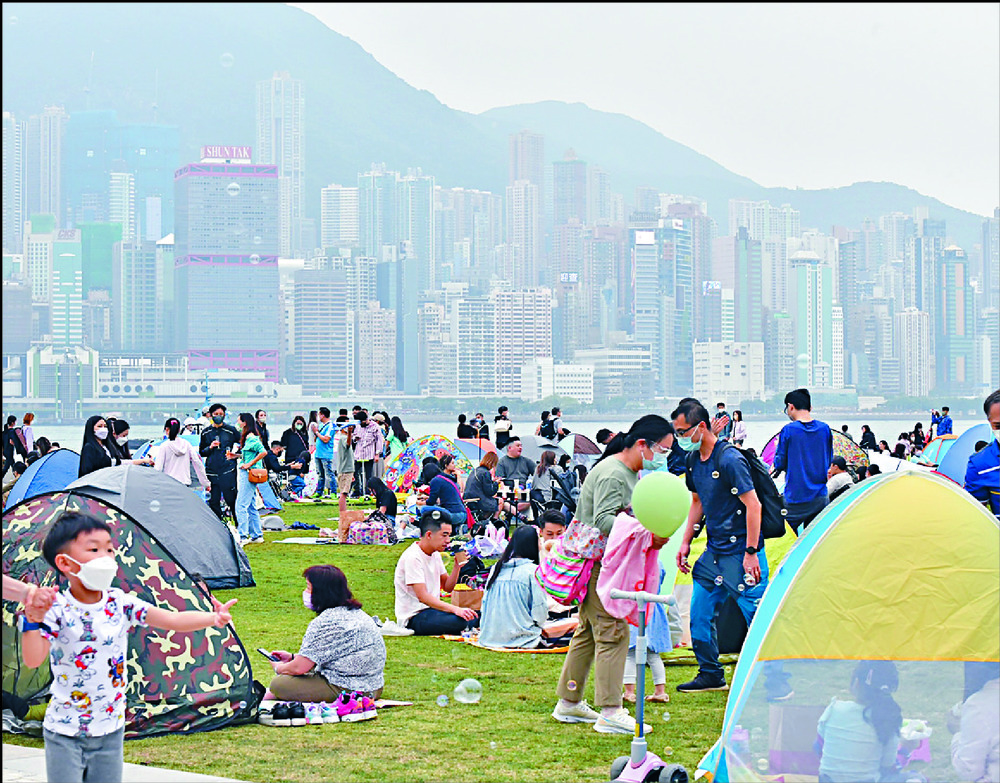 Hong Kong may see a slight rebound in Covid infections after the Easter holiday, but it will likely remain in three-digit figures as the SAR yesterday reported 613 infections and 20 deaths.
With the daily caseload dropping below 800 for the third day in a row, the Centre for Health Protection's principal medical and health officer, Albert Au Ka-wing, said the fifth wave has been cooling down slowly, while the vast majority of imported cases were picked up at the airport and quarantine hotels.

"However, the daily infection caseload remains at a relatively high level. As more people head outside during the [Easter] holiday, there may be a small-scale rebound," he said.

Of the 613 cases, 13 were imported, including a 10-year-old girl who arrived from Canada via Tokyo on April 5 and tested positive after completing the seven-day hotel quarantine.

But Au said she had likely tested positive from a previous infection, adding that the three family members she had arrived with tested negative.

He said Hong Kong has recently seen around 10 imported cases every day - around 1 percent of daily arrivals. Two thirds were detected in the airport and most of the remainder were picked up in quarantine hotels. So far, only four have tested positive after completing hotel quarantine, including the 10-year-old girl.

But Au announced that two flight routes - Turkish Airlines' TK083 from Istanbul via Bangkok and Malaysia Airlines' MH072 from Kuala Lumpur - will be banned from today until Monday, after both had more than three passengers testing positive on arrival.

Both firms will recruit 1,800 Hongkongers for the clinical trials of the new jabs. He said the studies will begin mid next month, and the data is expected to be published in half a year.

Hung also said around 3 percent of local patients suffer from long Covid, but the proportion is much lower than the 10 to 20 percent overseas as most of the local patients were sent to hospitals at an early stage.

This came as the Society for Community Organization received about 100 requests for assistance from people at the grassroots who are still suffering from long Covid symptoms, such as chronic cough, shortness of breath and indigestion.

A waitress diagnosed in mid-February suffered from a persistent cough after recovery. She said her daily life was severely affected as she has shortness of breath just by walking up a few stairs or talking loudly.

She is worried the symptoms will affect her job in the long run and that she no longer works long hours.
#Vaccines  #Covid
Add Comment