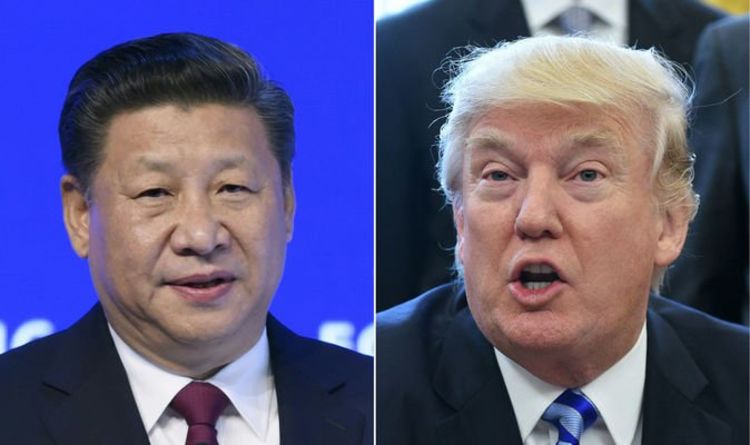 World War 3: Henry Kissinger warns of ‘catastrophic’ conflict between China and US

THE US-China trade war could lead to a "catastrophic outcome" that "will be worse than world wars", according to a former US secretary of state.

Henry Kissinger said the "future of the world" depended on the US and China resolving their differences. He warned competition between the world's two largest economies was "permanent" and that they had to "get used to" the "rivalry" or risk disastrous consequences.

Mr Kissinger was the diplomatic driving force behind then US President Richard Nixon's groundbreaking visit to China in 1972.

Known in Beijing as "an old friend of the Chinese people", he also met with Chinese President Xi Jinping and senior cabinet officials ahead of the G20 meeting between President Donald Trump and Mr Xi last year.

Speaking in New York on Thursday, the 96-year-old veteran said the relationship between the US and China began as a strategic one under mutual pressure from the Soviet Union.

He told his audience: “There were differences at the beginning of the relationship.

"Nevertheless, we’ve learned to live with each other for many decades."

Mr Kissinger argued that there were fundamental differences between the American and Chinese way of negotiations, so the US needed to change their mindset with a rising China.

“It is no longer possible to think that one side can dominate the other.

"So those countries that used to be exceptional and used to be unique, have to get used to the fact that they have a rival.

He added: “Competition is permanent.”

The former US secretary of state said conflicts were "inevitable" given the history between the superpowers, however failure to mend relations would be extremely dangerous.

He said: “There may not be a complete agreement.

"What is imperative is that both countries understand that a permanent conflict between them cannot be won.

"There will be a catastrophic outcome if it leads to permanent conflict."

The result would be "worse than the world wars that ruined European civilisation", he warned.

“We are in a difficult period now.

"I am confident the leaders on both sides will realise the future of the world depends on the two sides working out solutions and managing the inevitable difficulties.

Tensions have been simmering for some time, but boiled over when President Trump hiked tariffs and trade barriers after the US grew restless over unfair trade methods from Beijing.

Washington complaints included theft of trade secrets, theft of intellectual property and forced transfer of US technology to China.

The subsequent economic impact on both has been huge, particularly on China as it looks to propel itself into dominance.

He said: “Protectionist and bullying counter-currents bring shocks to international trade, adding to downward pressure on the world economy.”