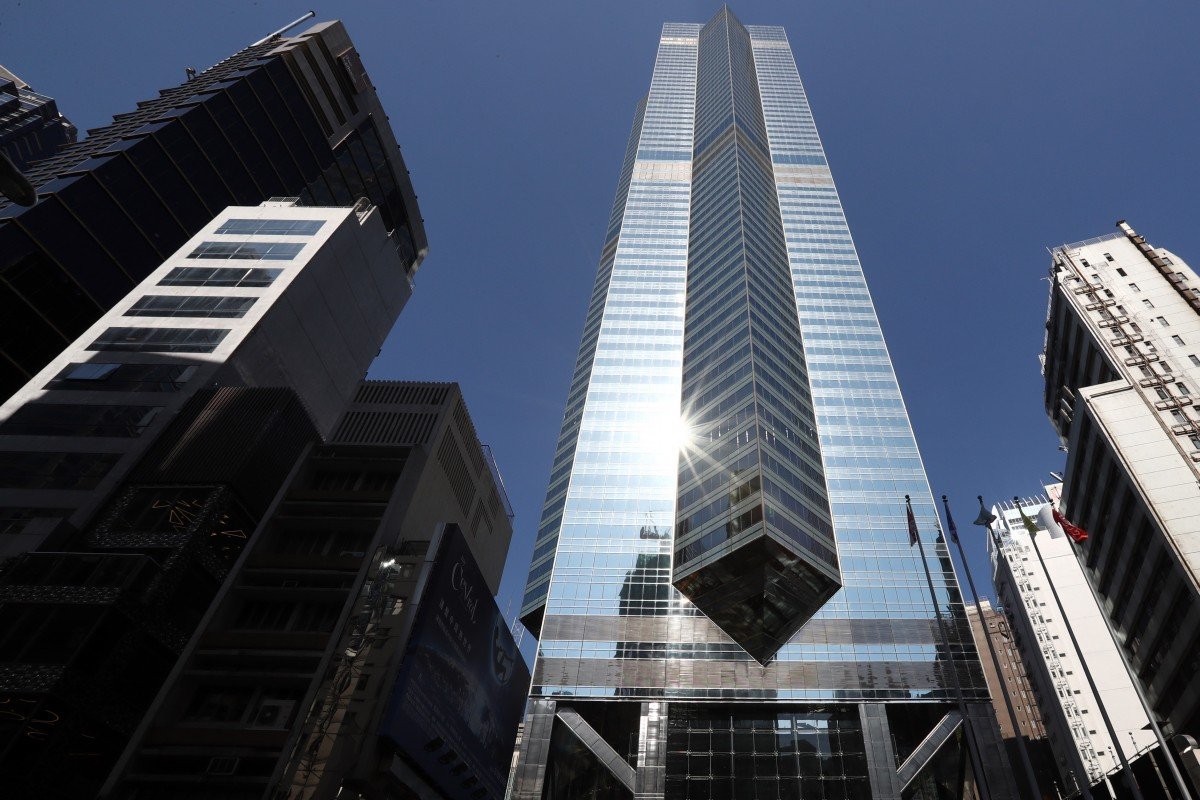 The transacted price is equivalent to US$7,205 per sq ft for a standard parking space that measures 134.5 sq ft, more than three times Hong Kong’s median home price. The seller, logistics heir Johnny Cheung Shun-yee, said he sold the last of his four spots in The Center to someone who owns an office in the same tower
A parking bay at The Center – the 73-storey Hong Kong office tower that still holds the world record as the costliest commercial building ever sold – changed hands recently for HK$7.6 million (US$969,000), making it the most expensive spot on earth to park a vehicle.

Johnny Cheung Shun-yee, one of the 10 investors in the consortium that paid US$5.15 billion last year for The Center, told the South China Morning Post that he had sold the last of his four car parks in the tower to someone who owns an office in the same building because “the buyer now needs a car park lot,” declining to identify the buyer.

The transacted price is equivalent to HK$56,505 per sq ft for a standard parking space that measures 134.5 sq ft (12.5 square metres), more than three times Hong Kong’s median home price, which itself had topped global rankings for nine consecutive years, according to data by CBRE.

The sale price, in a city where nearly one in five residents lived below the government-defined poverty line in 2017, underscores the wealth gap that has pushed Hong Kong into the worst political crisis in decades. The unprecedented protests are the culmination of many decades of neglect by a laissez-faire government of the underclass, where housing affordability and a yawning wealth gap have become the most poignant manifestation of this dissatisfaction.

“Good times or bad times, there are still ultra-rich people paying whatever needed to get what they like,” said James Mak, Midland Commercial's district sales director.

The parking space, identified as bay B1-1023, is currently vacant, pending the completion of its sale. The lot is on the top of The Center’s three-level basement, reserved as executive parking for tenants only, and the sold unit sits against a wall with an alcove, which provides easier access for the owner, agents said.

Parking bays for vehicles had been a much sought-after status symbol and investment option in land-scarce Hong Kong, as many mainland Chinese tenants had snapped up prime commercial real estate for their financial services, wealth management and banking businesses.

The prices of Hong Kong car parks have outperformed the housing market over the last dozen years, amid shrinking supply and a buoyant market ready to bid up real estate themes in the era of ultra low interest rates.

“There aren’t many car park lots in Central’s office towers for sale, so prices have always been kept high,” Mak said.

The Center was sold last year en bloc by the flagship company of Hong Kong’s wealthiest man Li Ka-shing for a record-breaking price to a consortium of 10 tycoons, including Cheung and the city’s richest woman Pollyanna Chu. Other investors included the founder of one of the world’s largest producers of cassette tapes, compact discs and DVDs, as well as the chairman of a bus company.

The building, which provided the set for a scene in the 2007 Hollywood blockbuster Bat Man: The Dark Knight, has only 402 parking bays serving 1.2 million sq ft of office space. The average price of the bays currently stands at HK$6 million, agents said.
Two car parks in the second basement, also owned by Cheung, sold in August for a combined HK$12.7 million, according to sales agents.
Add Comment