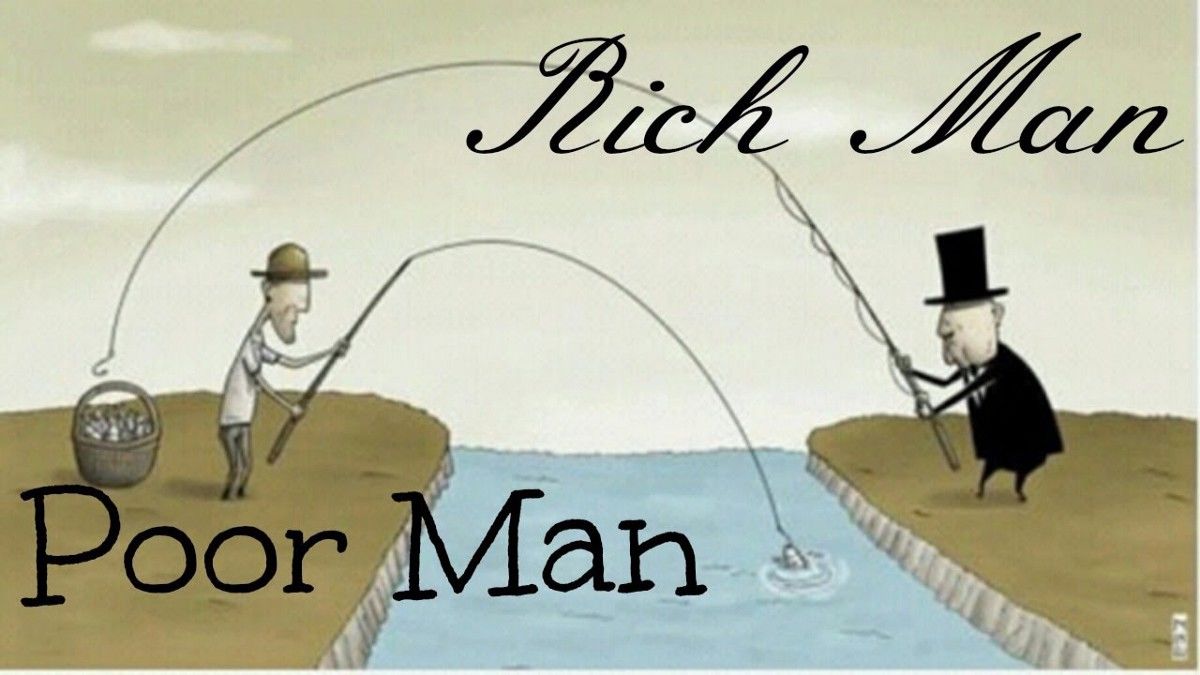 The overall growth rate will remain near 6 percent this year, a historically high level after a recession, but the expansion reflects a vast divergence in the fortunes of rich and poor countries, the International Monetary Fund said in its latest World Economic Outlook report.

Worldwide poverty, hunger and unmanageable debt are all on the upswing. Employment has fallen, especially for women, reversing many of the gains they made in recent years.

Uneven access to vaccines and health care is at the heart of the economic disparities. While booster shots are becoming available in some wealthier nations, a staggering 96 percent of people in low-income countries are still unvaccinated.

“Recent developments have made it abundantly clear that we are all in this together and the pandemic is not over anywhere until it is over everywhere,” Gita Gopinath, the I.M.F.’s chief economist, wrote in the report.

The outlook for the United States, Europe and other advanced economies has also darkened. Factories hobbled by pandemic-related restrictions and bottlenecks at key ports around the world have caused crippling supply shortages. A lack of workers in many industries is contributing to the clogs. The U.S. Labor Department reported Tuesday that a record 4.3 million workers quit their jobs in August — to take or seek new jobs, or to leave the work force.

In the United States, weakening consumption and large declines in inventory caused the I.M.F. to pare back its growth projections to 6 percent from the 7 percent estimated in July. In Germany, manufacturing output has taken a hit because key commodities are hard to find. And lockdown measures over the summer have dampened growth in Japan.

Fear of rising inflation — even if likely to be temporary — is growing. Prices are climbing for food, medicine and oil as well as for cars and trucks. Inflation worries could also limit governments’ ability to stimulate the economy if a slowdown worsens. As it is, the unusual infusion of public support in the United States and Europe is winding down.

“Overall, risks to economic prospects have increased, and policy trade-offs have become more complex,” Ms. Gopinath said. The I.M.F. lowered its 2021 global growth forecast to 5.9 percent, down from the 6 percent projected in July. For 2022, the estimate is 4.9 percent.

The key to understanding the global economy is that recoveries in different countries are out of sync, said Gregory Daco, chief U.S. economist at Oxford Economics. “Each and every economy is suffering or benefiting from its own idiosyncratic factors,” he said.

For countries like China, Vietnam and South Korea, whose economies have large manufacturing sectors, “inflation hits them where it hurts the most,” Mr. Daco said, raising costs of raw materials that reverberate through the production process.

The pandemic has underscored how economic success or failure in one country can ripple throughout the world. Floods in Shanxi, China’s mining region, and monsoons in India’s coal-producing states contribute to rising energy prices. A Covid outbreak in Ho Chi Minh City that shuts factories means shop owners in Hoboken won’t have shoes and sweaters to sell.

The I.M.F. warned that if the coronavirus — or its variants — continued to hopscotch across the globe, it could reduce the world’s estimated output by $5.3 trillion over the next five years.

The worldwide surge in energy prices threatens to impose more hardship as it hampers the recovery. This week, oil prices hit a seven-year high in the United States. With winter approaching, Europeans are worried that heating costs will soar when temperatures drop. In other spots, the shortages have cut even deeper, causing blackouts in some places that paralyzed transport, closed factories and threatened food supplies.

In China, electricity is being rationed in many provinces and many companies are operating at less than half of their capacity, contributing to an already significant slowdown in growth. India’s coal reserves have dropped to dangerously low levels.

And over the weekend, Lebanon’s six million residents were left without any power for more than 24 hours after fuel shortages shut down the nation’s power plants. The outage is just the latest in a series of disasters there. Its economic and financial crisis has been one of the world’s worst in 150 years.

Oil producers in the Middle East and elsewhere are lately benefiting from the jump in prices. But many nations in the region and North Africa are still trying to resuscitate their pandemic-battered economies. According to newly updated reports from the World Bank, 13 of the 16 countries in that region will have lower standards of living this year than they did before the pandemic, in large part because of “underfinanced, imbalanced and ill-prepared health systems.”

Other countries were so overburdened by debt even before the pandemic that governments were forced to limit spending on health care to repay foreign lenders.

In Latin America and the Caribbean, there are fears of a second lost decade of growth like the one experienced after 2010. In South Africa, over one-third of the population is out of work.

And in East Asia and the Pacific, a World Bank update warned that “Covid-19 threatens to create a combination of slow growth and increasing inequality for the first time this century.” Businesses in Indonesia, Mongolia and the Philippines lost on average 40 percent or more of their typical monthly sales. Thailand and many Pacific island economies are expected to have less output in 2023 than they did before the pandemic.

Overall, though, some developing economies are doing better than last year, partly because of the increase in the prices of commodities like oil and metals that they produce. Growth projections ticked up slightly to 6.4 percent in 2021 compared with 6.3 percent estimated in July.

“The recovery has been incredibly uneven,” and that’s a problem for everyone, said Carl Tannenbaum, chief economist at Northern Trust. “Developing countries are essential to global economic function.”

The outlook is clouded by uncertainty. Erratic policy decisions — like Congress’s delay in lifting the debt ceiling — can further set back the recovery, the I.M.F. warned.

But the biggest risk is the emergence of a more infectious and deadlier coronavirus variant.

Ms. Gopinath at the I.M.F. urged vaccine manufacturers to support the expansion of vaccine production in developing countries.

Earlier this year, the I.M.F. approved $650 billion worth of emergency currency reserves that have been distributed to countries around the world. In this latest report, it again called on wealthy countries to help ensure that these funds are used to benefit poor countries that have been struggling the most with the fallout of the virus.

“We’re witnessing what I call tragic reversals in development across many dimensions,” said David Malpass, the president of the World Bank. “Progress in reducing extreme poverty has been set back by years — for some, by a decade.”
#Coronavirus  #Vaccines  #COVID-19  #vaccine  #Covid
Add Comment