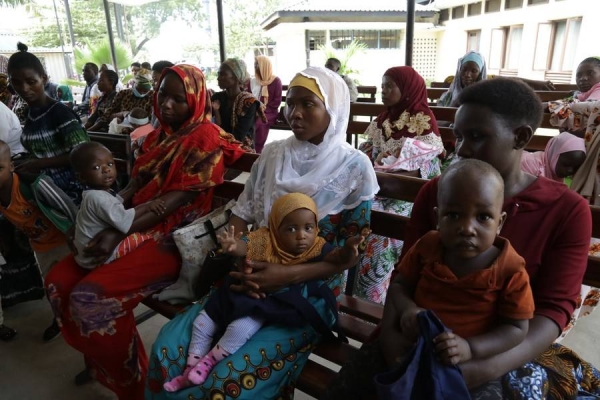 The global population is projected to reach 8 billion on Nov. 15, with India projected to surpass China as the most populous country in 2023, the United Nations (UN) said Monday, World Population Day.
"It is a reminder of our shared responsibility to care for our planet and a moment to reflect on where we still fall short of our commitments to one another," said UN Secretary-General Antonio Guterres.

The growth rate is at its slowest since 1950, having fallen under 1 percent in 2020, according to the World Population Prospects 2022.

The world's population could grow to around 8.5 billion in 2030 and 9.7 billion in 2050 and peak at around 10.4 billion during the 2080s, and countries in sub-Saharan Africa are expected to contribute more than half of the increase through 2050, said the report.

More than half of the projected increase up to 2050 will be concentrated in eight countries: the Democratic Republic of the Congo, Egypt, Ethiopia, India, Nigeria, Pakistan, the Philippines and the United Republic of Tanzania, it added.

Fertility has fallen markedly in recent decades for many countries, the report said, noting that two thirds of the global population today lives in a country or area where lifetime fertility is below 2.1 births per woman, roughly the level required for zero growth in the long run for a population with low mortality.

Due to sustained low levels of fertility and, in some cases, elevated rates of emigration, the populations of 61 countries or areas are projected to decrease by 1 percent or more between 2022 and 2050, it said.

"Countries with aging populations should take steps to adapt public programs to the growing proportions of older persons, including by improving the sustainability of social security and pension systems and by establishing universal health care and long-term care systems," the report noted.

The average global longevity is projected to be around 77.2 years in 2050 with further reductions in mortality, as 2019 saw a global life expectancy at birth of 72.8 years, an improvement of almost 9 years since 1990.

However, in 2021, global life expectancy at birth fell to 71 years, due mostly to the COVID-19 pandemic, and the life expectancy in the least developed countries lagged 7 years behind the global average.

Since 1990, World Population Day has been observed on July 11 to raise awareness of issues related to population growth around the world.
#COVID-19  #Covid
Add Comment