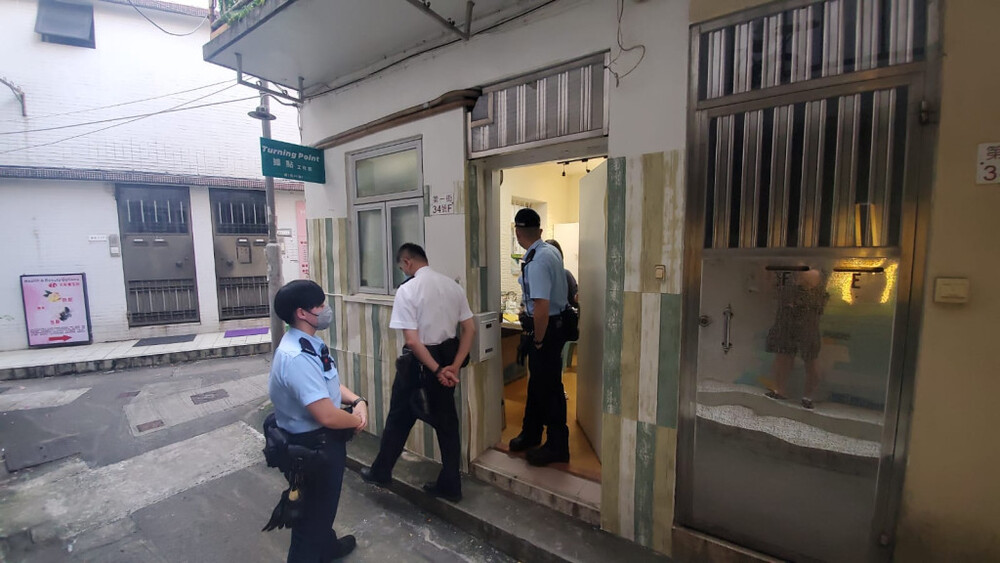 Police searched a workshop of the Democratic Party in Tai Wai on Monday after the force received complaints that the site was used for making unlicensed mooncakes. No violation of regulations was found during the inspection, the authorities said.
The police and officers of Hong Kong Customs and the Food and Environment Hygiene Department inspected the workshop called "Turning point" at Tai Wai Village First Street at around 5pm.

No violation of Food Business Regulation was found at the site, said the Food and Environment Hygiene Department.

Winfield Chong Wing-fai, the vice-chairman of the New Territories East branch of the Democratic Party, said that the workshop was used for packaging and pick-up points rather than producing mooncakes.

"All the mooncakes were made by licensed suppliers and delivered to the workshop for packaging," the Party said.

According to the Facebook page of Staymunity, an online store in relation to the workshop, the mooncake sale is to support Lam Cheuk-ting, the former lawmaker and vice-president of the Democratic Party.

The store was launching a campaign aimed to call on people to support Lam by purchasing mooncakes. As shown in the post, one box of mooncakes was priced at HK$228.

Lam was one of the 47 defendants of the city's most significant national security case, which involved a primary poll held in July 2020 to select opposition candidates for an upcoming Legislative Council election.

The jailed former politician was charged with "conspiracy to commit subversion" previously with other defendants and plead not guilty to the allegation on trial on August 18.
#Facebook
Add Comment