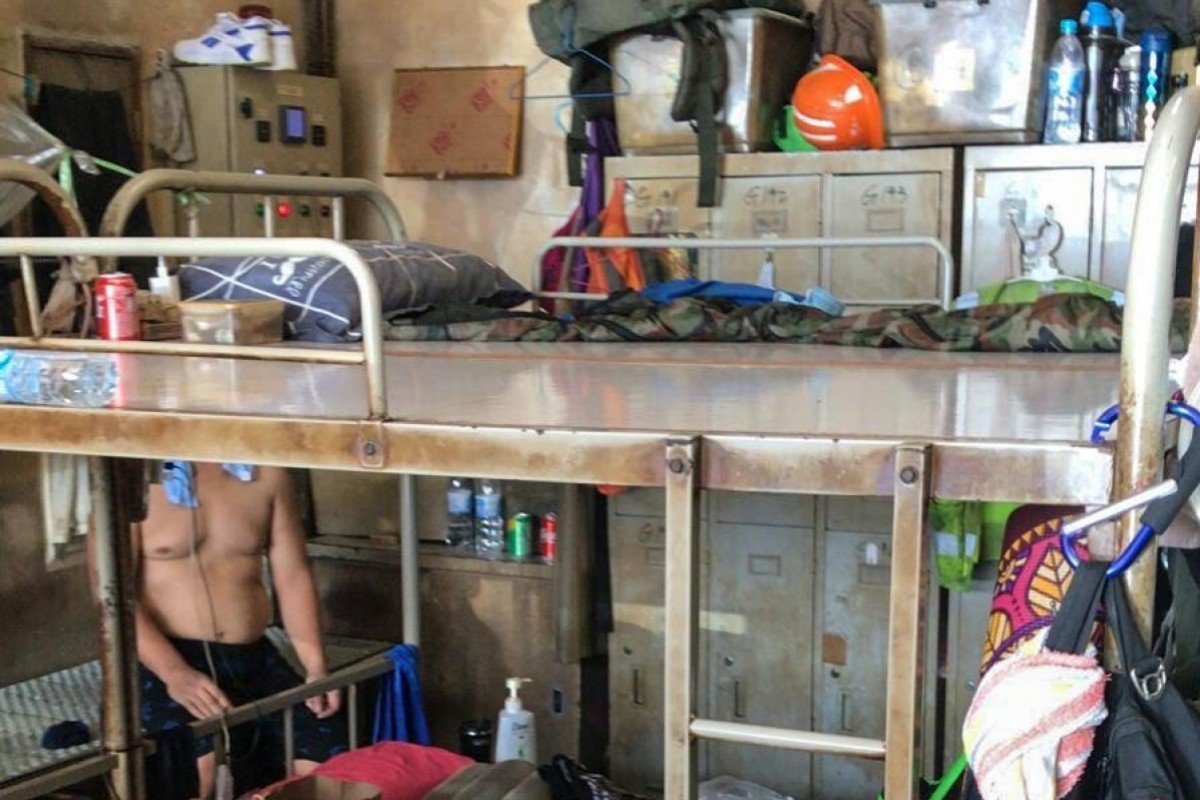 With as many as 20 employees sharing the cramped quarters for rest breaks during long shifts, social distancing is exceedingly difficult. Operators have expanded the facilities, but health experts warn current cluster of 65 cases could grow.

With cargo ships unloading around the clock, workers at Hong Kong’s busiest port are forced to grab what little sleep they can during long shifts in makeshift dormitories crafted from containers.

The conditions inside the windowless rooms are cramped, with as many as 20 workers sharing the space, making social distancing exceedingly difficult. No one has an assigned area, so they climb into whatever bunk bed happens to be free.

Some are so exhausted they just sleep on the floor outside the quarters. Although the operators of Kwai Tsing Container Terminals, where a cluster of coronavirus cases grew to 65 on Monday, stress rest facilities have been expanded, unionists and health experts warn the arrangement could spark an explosion of infections.

“If you’re not wearing a mask inside and you’re infected, everyone else will be infected,” said Ken Lai Ma-kin, a member of the Union of Hong Kong Dockers who has been in the business for nearly half his 58 years. “The beds are very close to each other.” 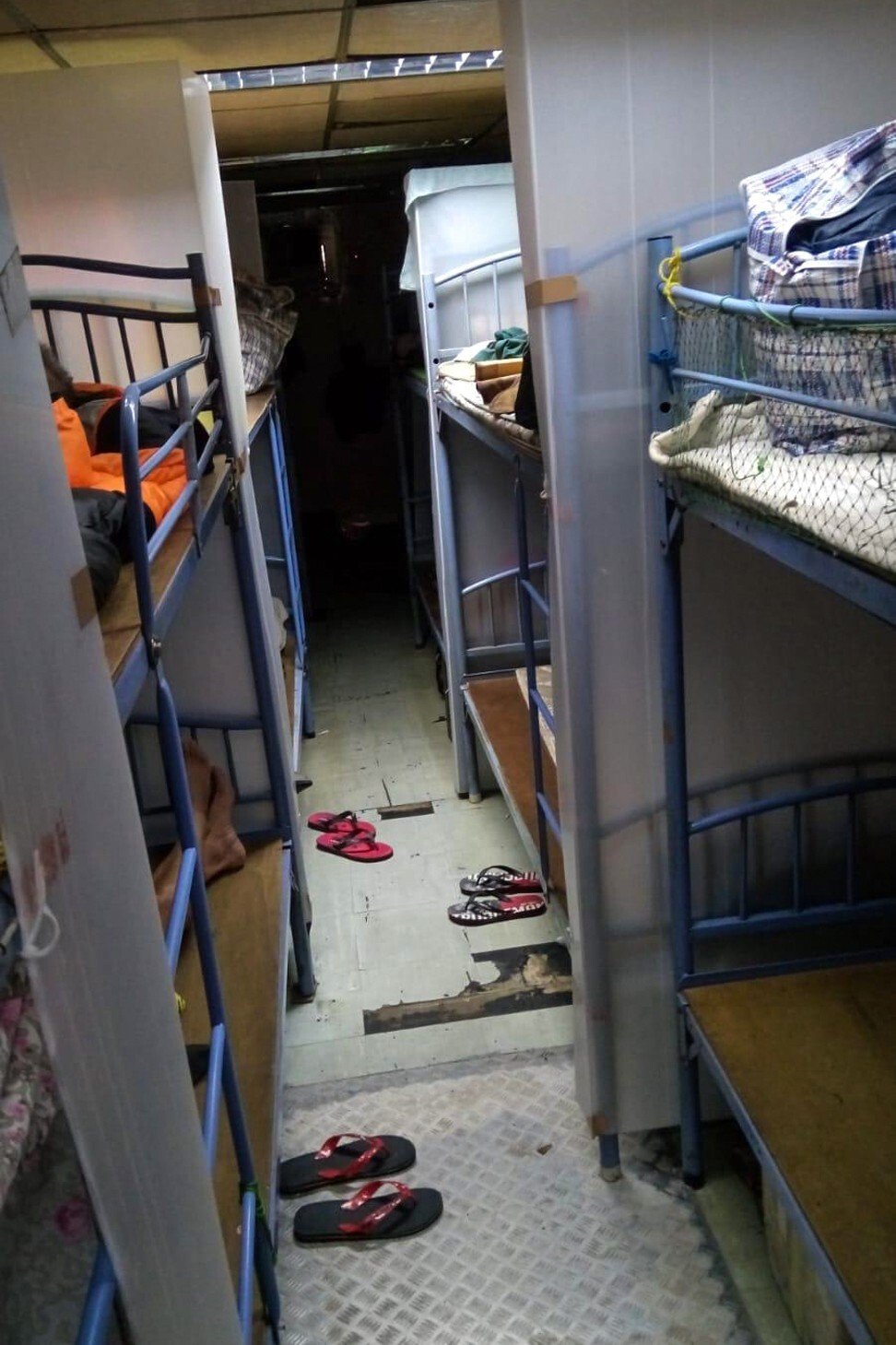 Dock workers sleep for a few hours when possible during shifts that can stretch beyond 24 hours.

About 8,000 people work at the port’s 24 berths spanning 279 hectares (690 acres) on the western edge of the busy Kowloon area, handling 78 per cent of the city’s 18.3 million 20-foot equivalent units last year. Many sleep at the rest facilities because they work long shifts that are physically demanding and extend beyond 24 hours. Contractors provide food, and showers are also available.

The size of the dormitories varies. The small ones span only a few parking spots, although some contractors have put a few containers together to create a larger facility. Still, workers often bump into each other as they navigate the small spaces inside.

“The workers use their towels to clean the beds first before they sleep,” Lai said. “Some people have their own sleeping bags. But the problem is that even if you have disinfected your bed, the virus may be somewhere else in the room.”

As health officials race to contain the city’s third wave of coronavirus infections, the emergence of the cluster at the port comes as a worrying development. 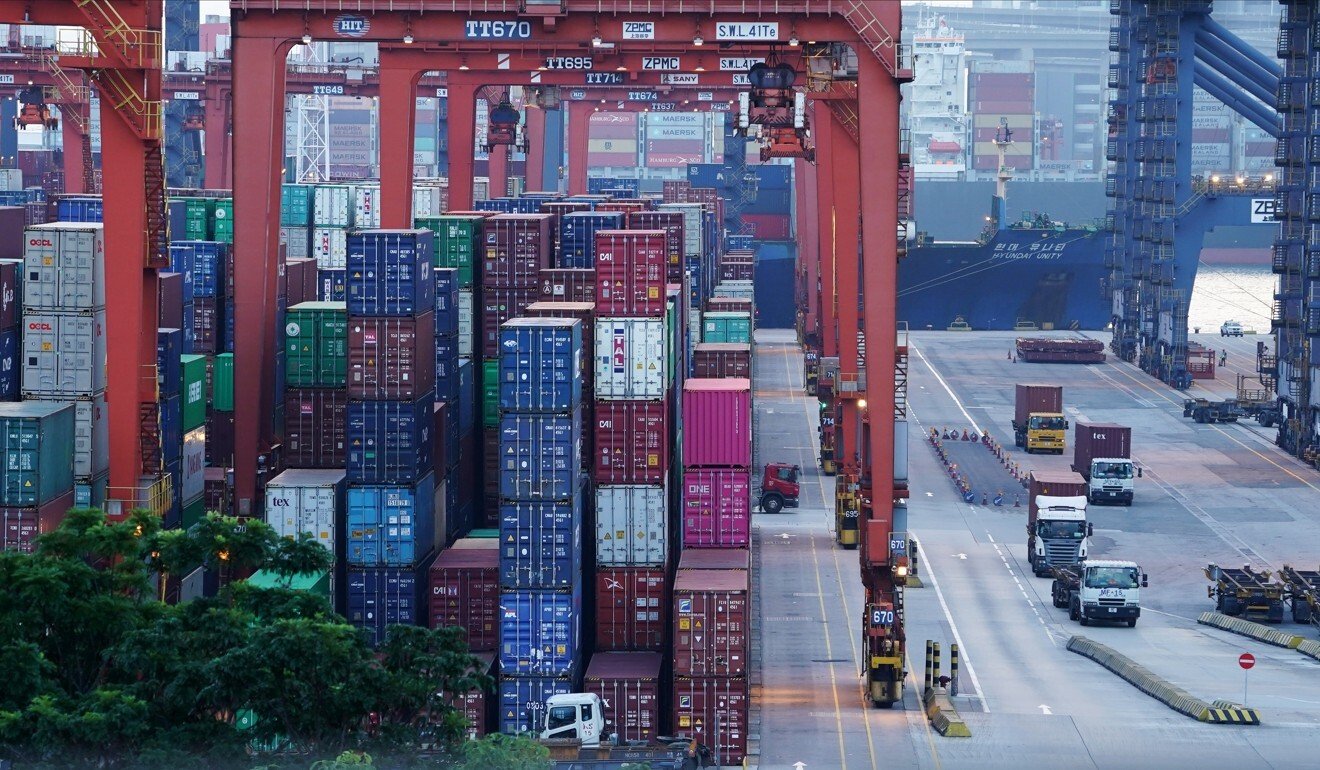 The port is Hong Kong’s busiest, providing a lifeline for trade and domestic consumption

Of the 65 infections, 41 were linked to Wang Kee Port Operation Services, many of whom used its rest facilities, which are bigger than what some other contractors provide and can allow more than 100 workers to sleep, shower and eat.

Commenting on the facilities on Monday, Dr Chuang Shuk-kwan, head of the communicable disease branch at the Centre for Health Protection, said that if an infected person stayed in one of the dormitories for the length of time some workers did, the virus would spread despite hygiene measures implemented.

Dr Joseph Tsang Kay-yan, a specialist in infectious diseases, supported the government’s decision to test all dock workers but stressed the screening must be done within 48 hours to contain the spread as quickly as possible.

“If we can’t quickly identify the other [infected] people, the consequences could be very serious,” Tsang said.

Amid heavy criticism of these facilities, the Hong Kong Container Terminal Operators Association stressed on Monday it had already “put in additional rest areas” to reduce the risk of cross-contamination.

Many parts of the port had been newly disinfected, according to the association, which represents all five operators at the facility. 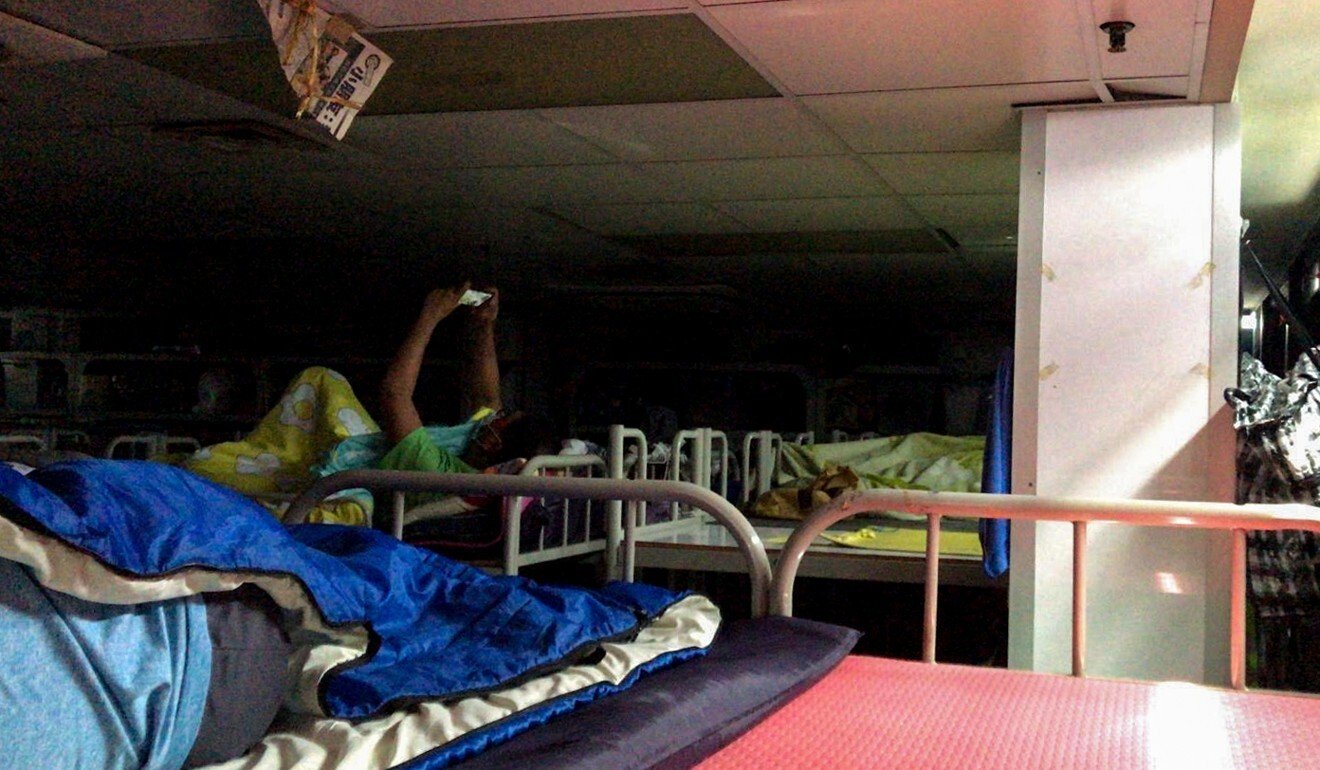 Unionists are calling for the dorm areas to be cleaned at least once every two days.

But conditions have drawn protest before. In 2013, hundreds of employees went on a 40-day strike to demand better pay and working conditions. Labourers said the situation had since improved, with more mobile toilets and rest facilities installed.

Every worker has their temperature tested as they enter. But unionists such as Lai said more must be done, including disinfecting the rest areas at least once every two days. At present, some were not disinfected at all.

Employees usually work 12 to 24 hours per shift, with the time growing longer as the port gets busier. For a 24-hour stretch, they can usually rest for a few hours mid-shift and are normally paid about HK$2,000 (US$260).

“Some workers just sleep on the floor [instead of in the quarters] because they just get so exhausted after working for 10 hours,” Lai said. Some eat from lunchboxes on the floor to save the 15 minutes it takes to walk to the dining area, he added.

Another worker said some crane operators would relieve themselves in their elevated compartments using plastic bags to save a half-hour trip going to and from the toilets.

“It’s very tough working at the port. It’s very physically demanding,” said the worker who did not want to be named.

Wong Yu-loy, organising secretary of the Confederation of Trade Unions, described the rest facilities as “hotbeds” for the spread of Covid-19. He said the government should consider shutting down parts of the port and only allow essential goods to be transported into Hong Kong through the facilities if the outbreak grew worse.

Chan Dik-sau, chairman of the Container Transportation Employees General Union, agreed that more rest facilities were needed and cleaning should be stepped up.

Some dock workers toiled for as long as 72 hours, so they have no choice but to use the sleeping facilities, he said, exposing themselves to risk of infection.

Operators met representatives from the Transport and Housing Bureau and the Department of Health at the port on Monday, pledging to convert more containers into rest facilities, a bureau spokesman said. Employees would also be sent to their quarters in batches instead of all at the same time.

Without naming Wang Kee, the spokesman said many of the infected dock workers were from a specific contractor and its office and rest facilities had already been thoroughly disinfected. About 8,000 bottles to collect samples for testing have been distributed to the operators.

The operators association said its members had been working closely with the government to contain the coronavirus cluster.

“It is important to keep the port operational as it is crucial for the daily life of all Hong Kong people as it brings in essential goods such as food products, medical supplies and other daily necessities,” it said.

Workers of the “concerned contractor” had little interaction with employees from other companies.

“Moreover, terminal operators have put in additional resting areas and separated workers by groups to substantially reduce risks of cross-contamination,” it said.

“Disinfection had been conducted for all relevant areas including rest areas, offices, vehicles, canteens and shuttle buses. We also require all people to wear face masks during the performance of their duties within the terminals and have taken measures to minimise face-to-face contact between different groups of staff and workers.”