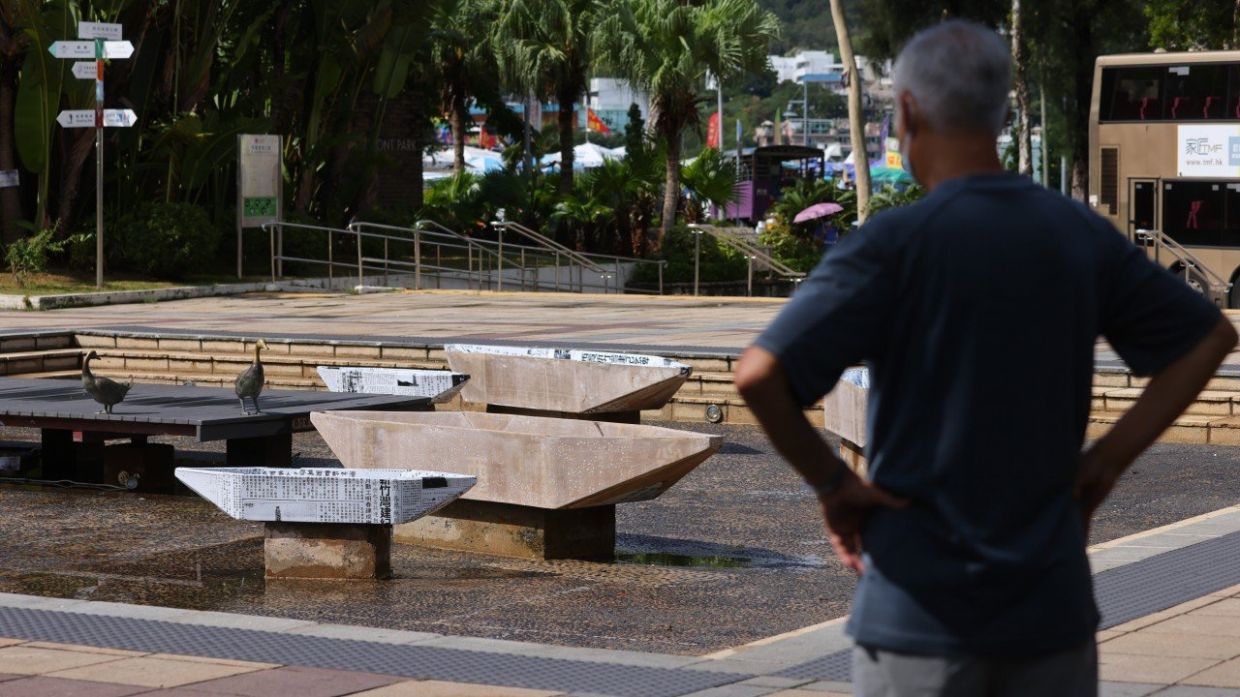 The words had appeared next to each other on a sculpture made to resemble an origami boat made of newsprintOfficials say the changes were made to freshen up the 18-year-old sculpture, but some accuse the government of censorship

The words “Hong Kong” and “independent”, which appeared next to each other on a sculpture at a popular waterfront park in Sai Kung, have been removed in a redesign of the installation.

The Leisure and Cultural Services Department on Wednesday attributed the changes to maintenance work that was undertaken to give a “fresh feeling” to the 18-year-old piece, and to fix fading colours on the sculpture, which was designed to resemble origami boats made of newsprint.

The display is located at Sai Kung Waterfront Park, an area with restaurants and public piers popular with hikers and day trippers.

A man, who gave his surname as Tam, told the Post he had gone rowing in Sai Kung on Tuesday, and that the Chinese characters for “Hong Kong” and “independent” were still visible on one of the boats in the installation around noon. When he returned to the park around 4pm, he said, the words were gone. 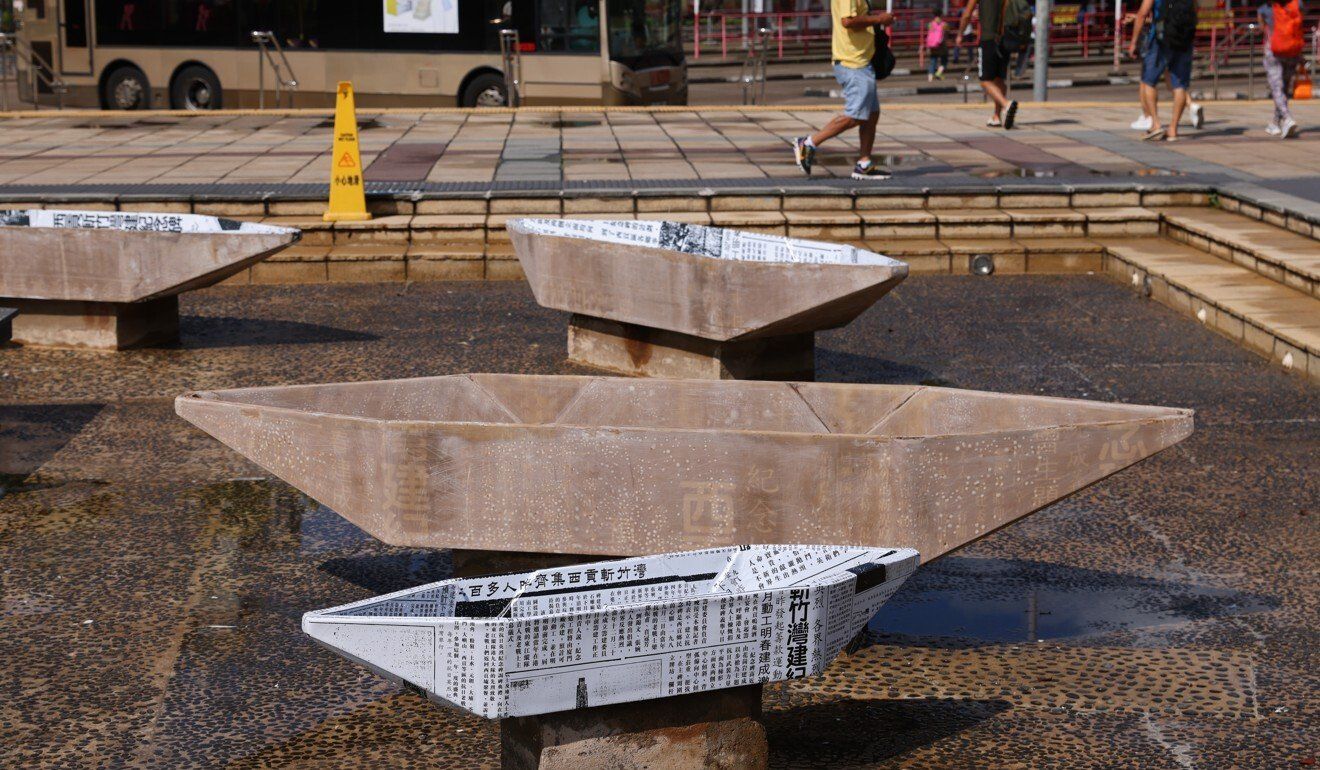 “It makes me question whether Hong Kong’s history is being self-censored,” Tam said.

Concerns over artworks being censored have flared recently after a pro-Beijing lawmaker suggested works by the dissident Chinese artist Ai Weiwei owned by the M+ museum might contravene the national security law.

The law, imposed by Beijing on June 30 last year, outlaws subversion, terrorism, collusion with foreign forces and secession, which has been interpreted as including advocating for Hong Kong independence.

In a statement, a Leisure and Cultural Services Department spokesman said that the print on the boat sculpture was taken from a Ta Kung Pao news clipping dated October 26, 1998 commemorating the resistance against the Japanese occupation of Hong Kong in World War II.

The spokesman maintained the exact same article had been used to wrap the boat in the renovation, but it had been folded in a different manner. The statement did not mention the removal of the words “Hong Kong” and “independent”.

Sai Kung, now best known for its scenery and popular hiking trails, was once a stronghold of local guerilla units fighting against Japanese forces, specifically the Hong Kong Independent Battalion of the Dongjiang Column.

The “independent” visible in the headline of the newspaper article used in the sculpture was a reference to that unit. 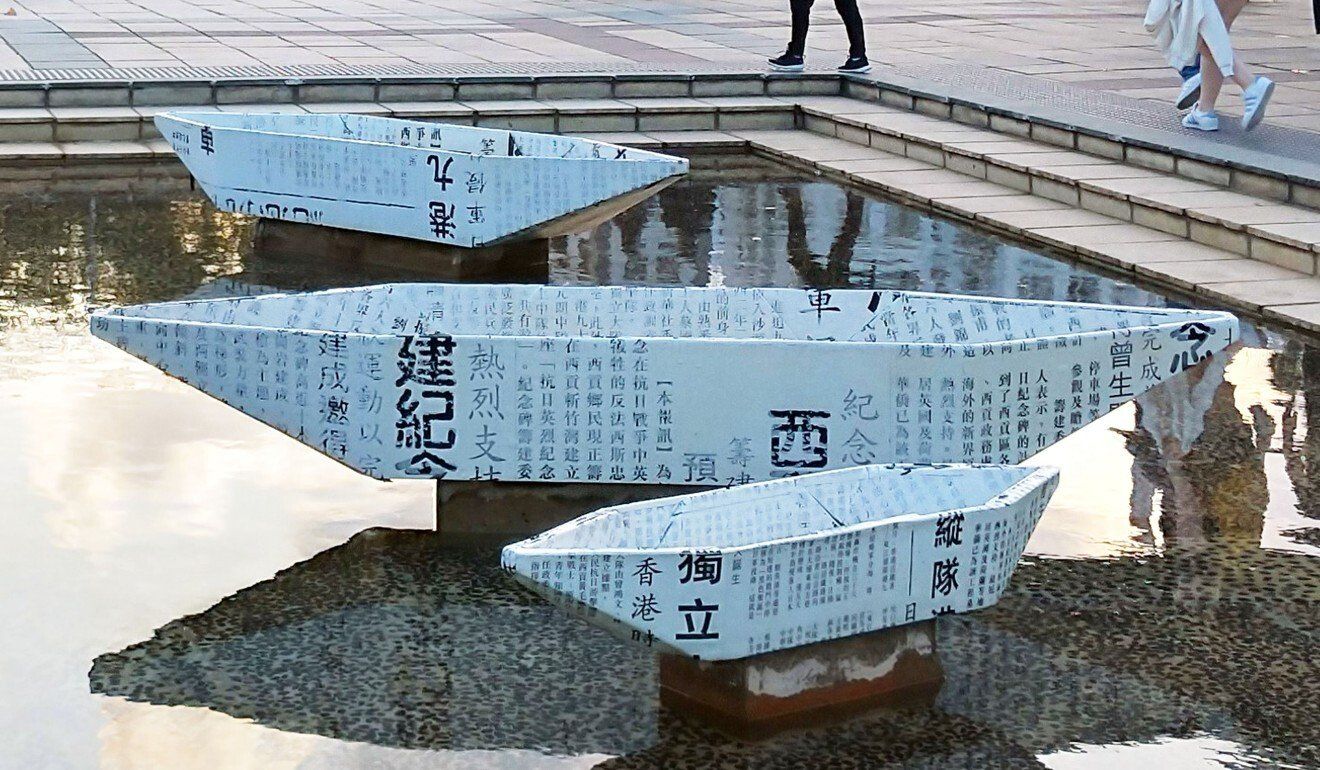 Sai Kung district councillor Zoe Leung Hin-yan accused the department of attempting to obscure the fact that the changes to the artwork were made out of political considerations.

“If the reason behind changing the artwork was because of the national security law, then they should just say it rather than beating around the bush with excuses,” Leung said, adding that the department had also told her that the “new look” was merely part of routine repairs.

Leung said the move did not come as much of a surprise given authorities had placed a flower pot in front of the word “independence” at the installation in February.

“The entire context of the art piece was about the Japanese occupation during the second world war and doesn’t even have anything to do with the anti-government protests in 2019,” she added.

The Post has reached out to architect Raymond Fung Wing-kee, who designed the installation as part of the revamp of the Sai Kung Waterfront Park in 2003. Fung won the Institute of Architects’ President’s Prize for his work on the park 18 years ago.

Fung, who previously worked for the Architectural Services Department, is also currently a committee member for the West Kowloon Cultural District Authority, which oversees the M+ modern art museum at the centre of the Ai Weiwei controversy.

The M+ is slated to open by the end of this year.