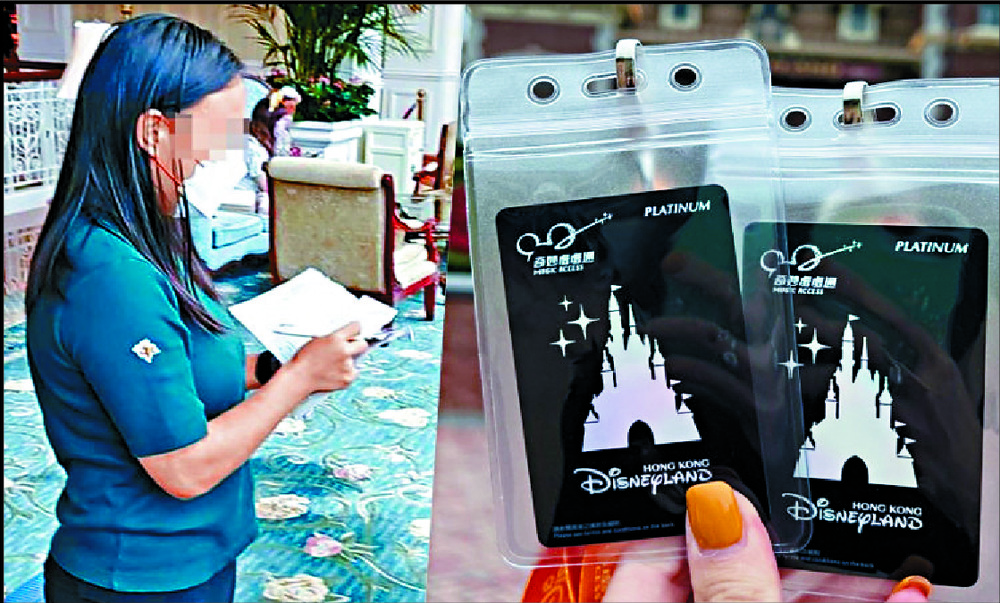 A 34-year-old former clerk was denied bail by West Kowloon magistrate Li Chi-ho yesterday after being charged with scamming 26 people of more than HK$150,000 by making false claims regarding Disneyland tickets and hotel packages.
Jobless Carmen Chan Ka-wing faced one count of obtaining property by deception. She is accused of having cheated 26 people between May 17 and July 9. No plea was taken yesterday as further police investigations are needed.

Li adjourned the case to October 10 and remanded Chan in custody.

Chan was arrested on Friday in a Tuen Mun hotel. According to a police briefing a day later, she had been active in a Facebook group targeting local mothers since early May. In the group, she claimed to have a family member who was a senior staffer at Disneyland, allowing her to buy and sell tickets at a cheaper price.

Chan got people to pay prices for annual passes that were HK$600 cheaper than the official rates, police said, adding she also booked hotel rooms - typically located in theme parks - at a 10-percent discount.

Occasionally, Chan would show up at the hotel and offer free dinners to guests.

After providing this service a number of times, police said, she had built up a reliable reputation.

However, on July 10, she failed to show up for an appointment at a hotel lobby where over 10 families were waiting for her to register their rooms.

One victim, after staying at a cheaper hotel room thanks to the discounts, booked three more rooms in May with her family. A total of HK$15,000 was transferred but Chan was nowhere to be found.

Lau Kwan-ho, senior inspector of Mong Kok crime squad, said: "Many set up a group to discuss the incident, which has more than 300 members. One was scammed of over HK$40,000."
#Facebook
Add Comment