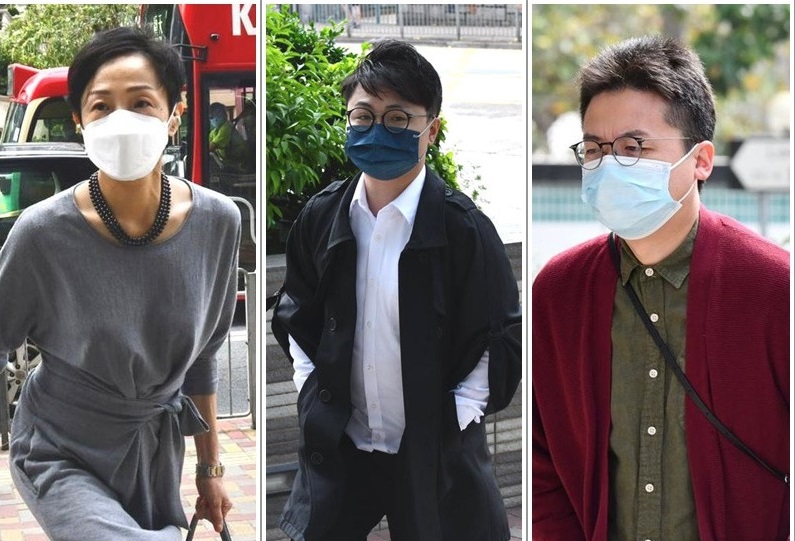 A witness testified at Kowloon City Magistrates’ Courts about how a bar gathering appeared to be a celebration before Gordan Lam Sui-wa announced his standing in the Legislative Council election last year, which was eventually postponed.
Lam, 36, who is the convener of Hong Kong Small and Medium Restaurant Federation, and former lawmaker Tanya Chan, 49, pleaded not guilty of participating in a gathering in breach of the social gathering cap at Hands bar on Tai Nan Street in Sham Shui Po last April 2.

Their co-defendant, Chan Wai-choi, 32, who was in charge of the bar, pleaded not guilty to knowingly allowing a prohibited group gathering, and failure to comply with directions for catering business operators for allegedly letting people enter without taking temperatures and allowing more than four persons to share a table.

The prosecution witness, Ng Chor-kan, who was absence on Monday’s trial, was brought before magistrate Cheng Lim-chi after police arrested him on Monday night.

Ng said he and his friends went to the bar for dinner that night but a bar staff told them that the whole bar has been reserved so they could only sit outside the bar near the entrance. He also recalled no bar staff had taken temperature of them.

Ng saw people inside the bar but he could not see what happened clearly because of the windows and doors of the bar were covered in frosted glass.

He later saw a familiar face walking by and found that the person was Lam after searching the internet. Another defendant Tanya Chan entered the bar at about 11pm and said they were having a meeting there. The bar had around 30 people at that time.

“Gordon will join the Legco election. Please support him,” Ng recalled a woman saying inside the bar.

Another man then replied: “I will have a press conference at the Legco [Complex] tomorrow, will everyone come to support?”

The woman then said: “How about we drink until 9.30am tomorrow and go to Legco directly?”

Ng said he later received a call from another witness Pun Mei-mei, saying she has called the police. He then paid the bill and saw officers arrived after a short time.

Ng apologized for his absence in court on Monday and submitted a medical certificate to the court, saying he was feeling unwell and was a bit nervous of testifying in court. He was going to explain when police find him. Magistrate Cheng accepted his explanation and did not punish him.

Another prosecution witness, Wong Wai-kit, who was also absent on Monday’s trial, contacted the police and appeared in court yesterday.

Chan Wai-choi's defence counsel Jack Chan Yan-kit, said his client made the statement without police caution and he did not know he will be prosecuted.

Police officer Wong Pui-tung admitted that he took Chan’s statement without giving him a caution as there was no sufficient evidence showing Chan operated the bar against the rules.