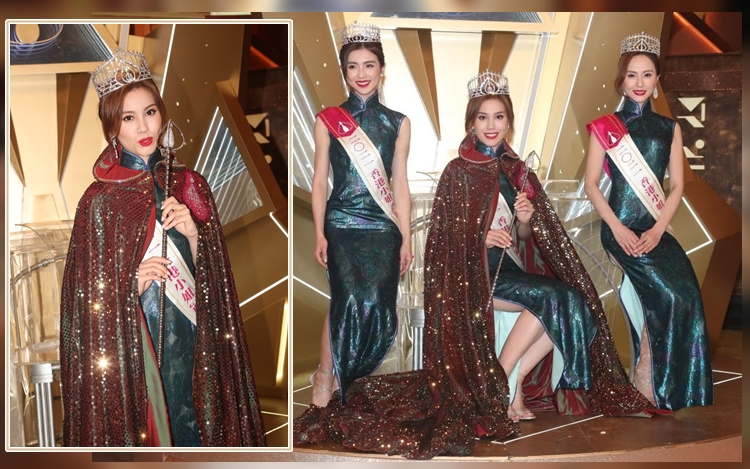 “I did not bring out the best of me during the question and answer session, but I do think I have clawed some marks back in the dance session, which is one of my strengths,” she said, adding that she did not pull off an upset having the support of audiences.

Sabina also said she had never thought of winning a beauty contest like her mum, who won second place in the Miss Chinese International Pageant in 1990.

She told reporters that she would like to start a career in the television industry and become a local actress.

“She is all-rounded and has wonderful eloquence...I never thought of what I will get from this contest, I just enjoy giving 100 percent of myself during the contest,” said Leung.

When asked if she looked disappointed when hearing that Sabina won Miss Hong Kong, Leung said she was just a bit tired at that moment.

As for second runner up Kristy Shaw, who also won Miss Friendship in the contest, said she never gave up and kept pushing.

“I know there was a saying that the one who gets the title of Miss Friendship will never be in the top three…I just stay sharp, focus and never lose hope,” said Shaw.
Add Comment