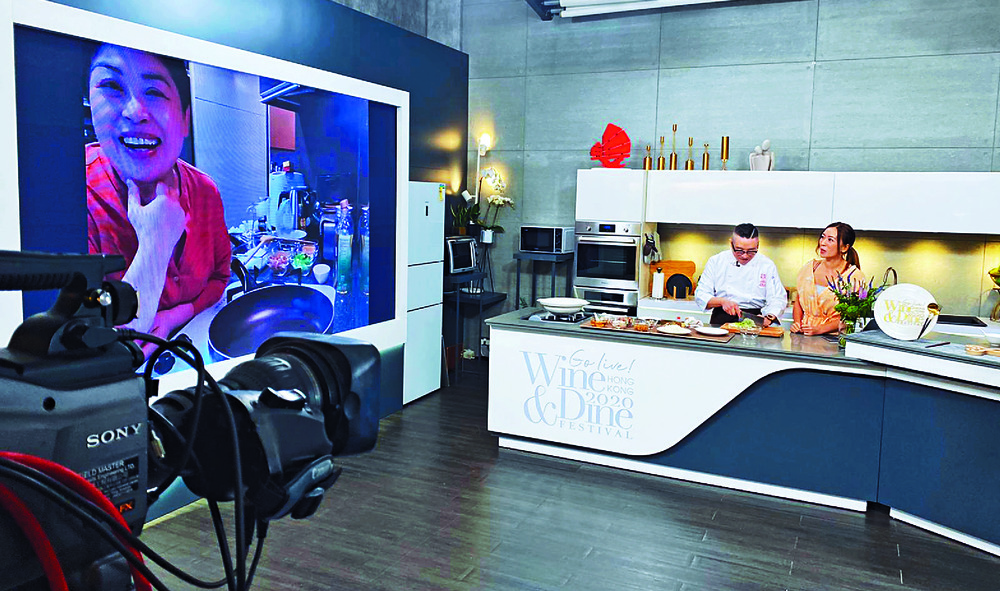 Wine and Dine Festival to stay online for second year

The Wine and Dine Festival is likely to be shifted online for the second year in a row, according to Tourism Board.
The annual festival is usually held at the Central Harbourfront but was canceled in 2019 due to social unrest. Last year, the board organized the event virtually for the first time because of the Covid-19 pandemic.

People could visit the festival website last year to buy wine and gourmet food and take part in various activities from online masterclasses to auctions, with the festival extended to five weeks instead of the usual four days.

The board's executive director, Dane Cheng Ting-yat, said yesterday the board intends to hold the festival virtually again as it managed to maintain international exposure for Hong Kong despite having moved online in November.

Cheng said some 860,000 people had watched the 34 online cooking and wine-tasting masterclasses and about 30 percent were from outside Hong Kong.

"Even in France, a lot of people watched our programs. It was very good for the world to understand Hong Kong as a city of wine and dine," he said.

"It requires a lot of time to prepare the event physically. Will the wine and food exhibitors be willing to participate in the event at such an early stage? What happens if the pandemic remains volatile? So we intend to continue last year's pattern," he added.

Mainlanders will be allowed to visit Hong Kong without quarantine under a quota system starting mid-May if they test negative 72 hours before arrival.

Cheng said the board will promote the idea of a Hong Kong staycation in the Greater Bay Area and hotels can consider offering a 24-hour stay for visitors from the GBA.

"They [GBA travelers] may arrive in Hong Kong at 9pm after work or after dinner, stay in the hotel and enjoy the hotel services the next morning and afternoon and then check out at night. We think there should be some diversified products," he said.

Cheng also said this year's Hong Kong Cyclothon will include GBA elements in the event. The board may hold a GBA cyclothon in the future and will consider extending the race track to the Hong Kong section of the Hong Kong-Zhuhai-Macao Bridge after the safety and traffic assessment is done.

The board also hopes to resume the New Year's Eve fireworks display - which has also been canceled for the past two years - this year if the pandemic is under control.
#COVID-19  #Covid
Add Comment