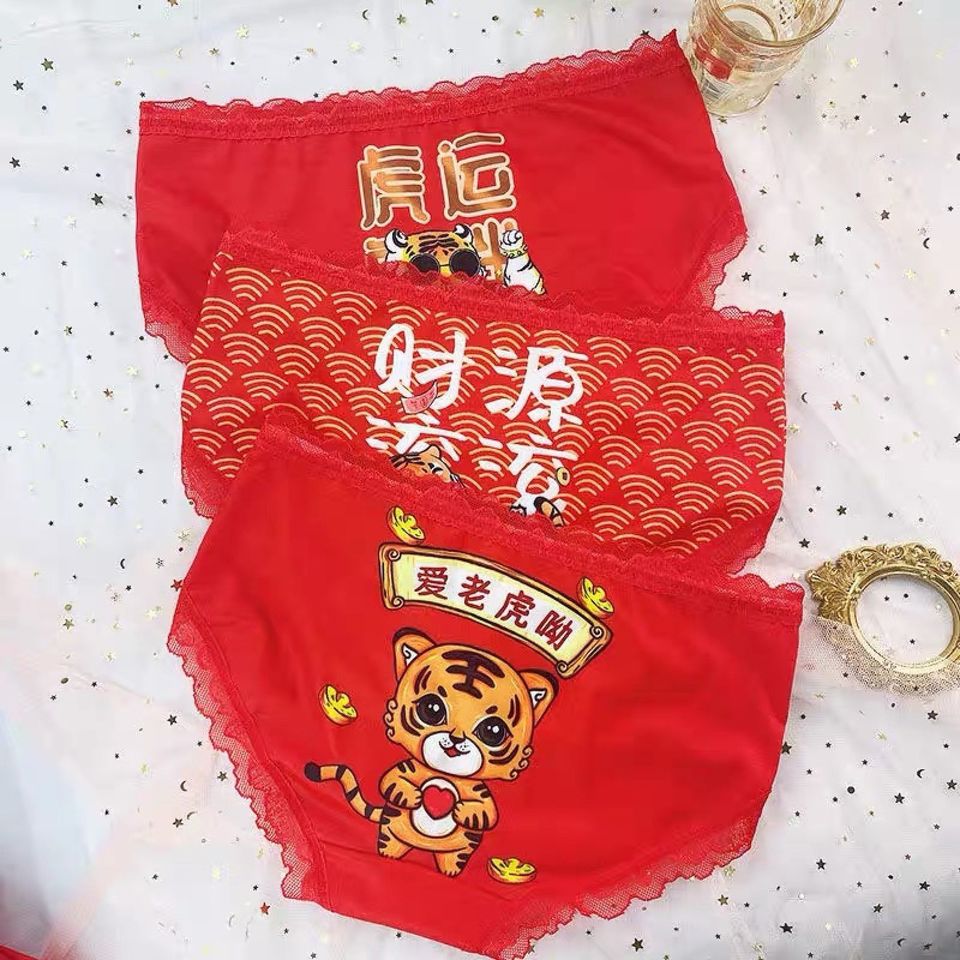 In Chinese culture, red is a lucky colour, so maximise your Lunar New Year fortune by wearing red, giving out lucky red packets and wishing everyone kung hei fat choi.

I burst out laughing when I saw the words “bright red underwear for Chinese New Year” in a promotional email I received the other day. It was as if a divine power from above was reminding me that it is time to prepare for the Lunar New Year.

It is no joke that Chinese people take the colour red very seriously, especially during the Lunar New Year period. It also takes centre stage during other significant occasions including birthdays, a business deal being negotiated, or even when playing mahjong.

Red – the most popular – symbolises life and its many positive aspects. Therefore, it is often associated with the vitality of life, happiness, as well as wealth, luck, and success.

With the Lunar New Year fast approaching, clothing stalls in street markets are displaying a variety of red underwear (for both men and women) in a manner akin to the red lanterns hung in streets and walkways. Some of these undies are emblazoned with Chinese characters and patterns depicting luck and fortune.

It can be quite an astonishing sight if you are new to Hong Kong, and even incongruous in a seemingly socially conservative city. Chinese people tend to be quite traditional in their outlook, and blatantly displaying lacy undergarments in a shopfront would appear to contradict that attitude. But this custom is not salacious or “sexy” in any way, and nor is it advertised as such.

In the lead-up to the Lunar New Year, red underwear is sold just like any other festive decoration such as door couplets, paper cuttings and lanterns.

Red underwear is often worn during Lunar New Year and it is considered an auspicious accessory that all Chinese people – men and women, young and old – put on to maximise their luck and fortune.

For people who don’t want to be seen wearing something too flamboyant, this less conspicuous choice is an ideal alternative. 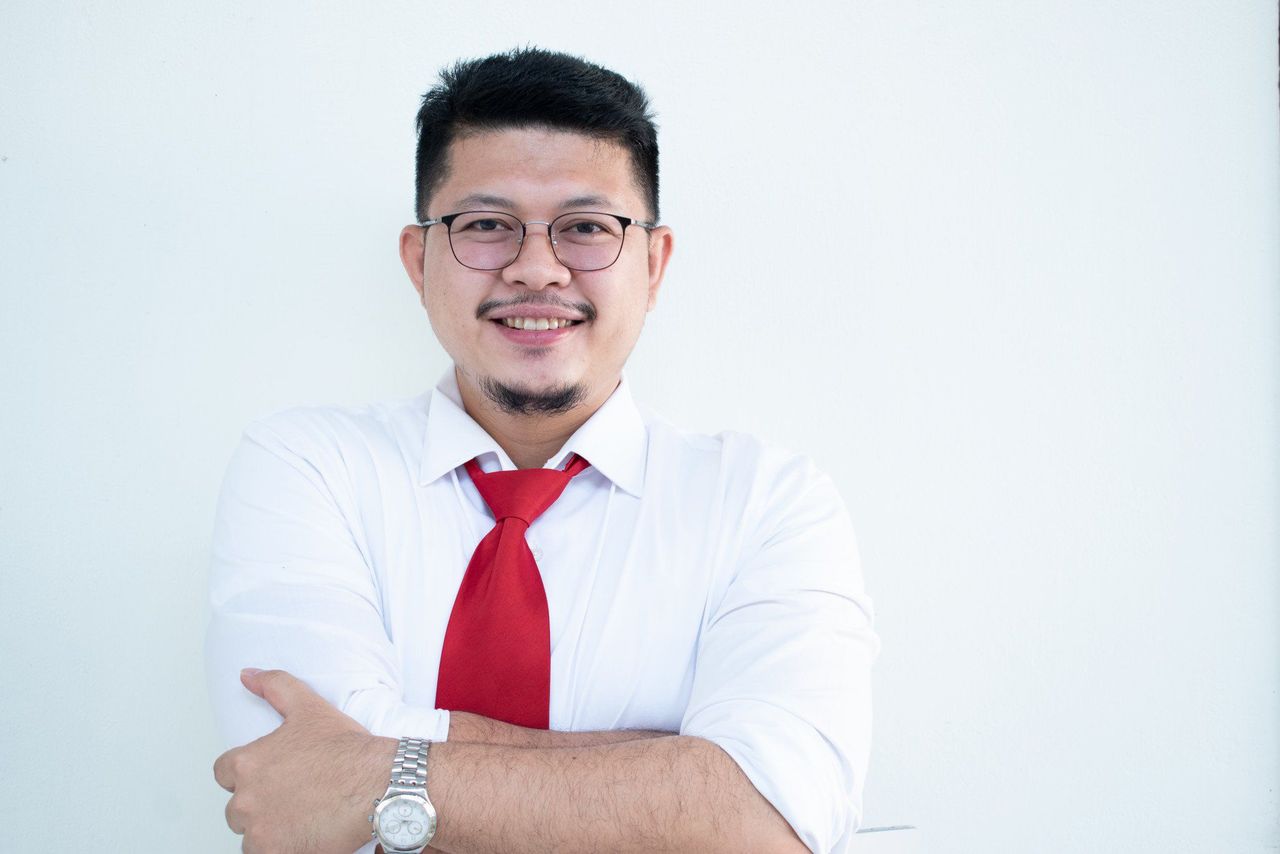 If red underwear is not your thing, you can wear something else, like a red vest or red tie.

Having said that, there are other creative options for wearing red during the celebratory period. You can choose smaller items like a red vest, a red tie, or a red accessory like a bracelet or handkerchief. You can even paint your nails red.

However, tucked away quietly underneath, red underwear is still the best alternative to a bright red outer garment. I guess some may be resistant to contradicting their style, even for the promise of a little New Year luck.

In terms of size, the Chinese belief is “the bigger the better” because more red fabric equals more luck.

For women, granny pants like those featured in the British romcom Bridget Jones’s Diary, also infamously known as the “absolutely enormous panties”, will be the top choice for those wanting to receive maximum luck.

Lunar New Year luck is plentiful if you know where to look for it. You can also “borrow” money from the Goddess of Mercy or Kwun Yum.

There are many Kwun Yum temples across the city ready to hand out heavenly credits to worshippers. Some Hongkongers queue outside these temples the night before or hours ahead of the opening of the Kwun Yum treasury, hoping to be the first to participate in the annual ritual. 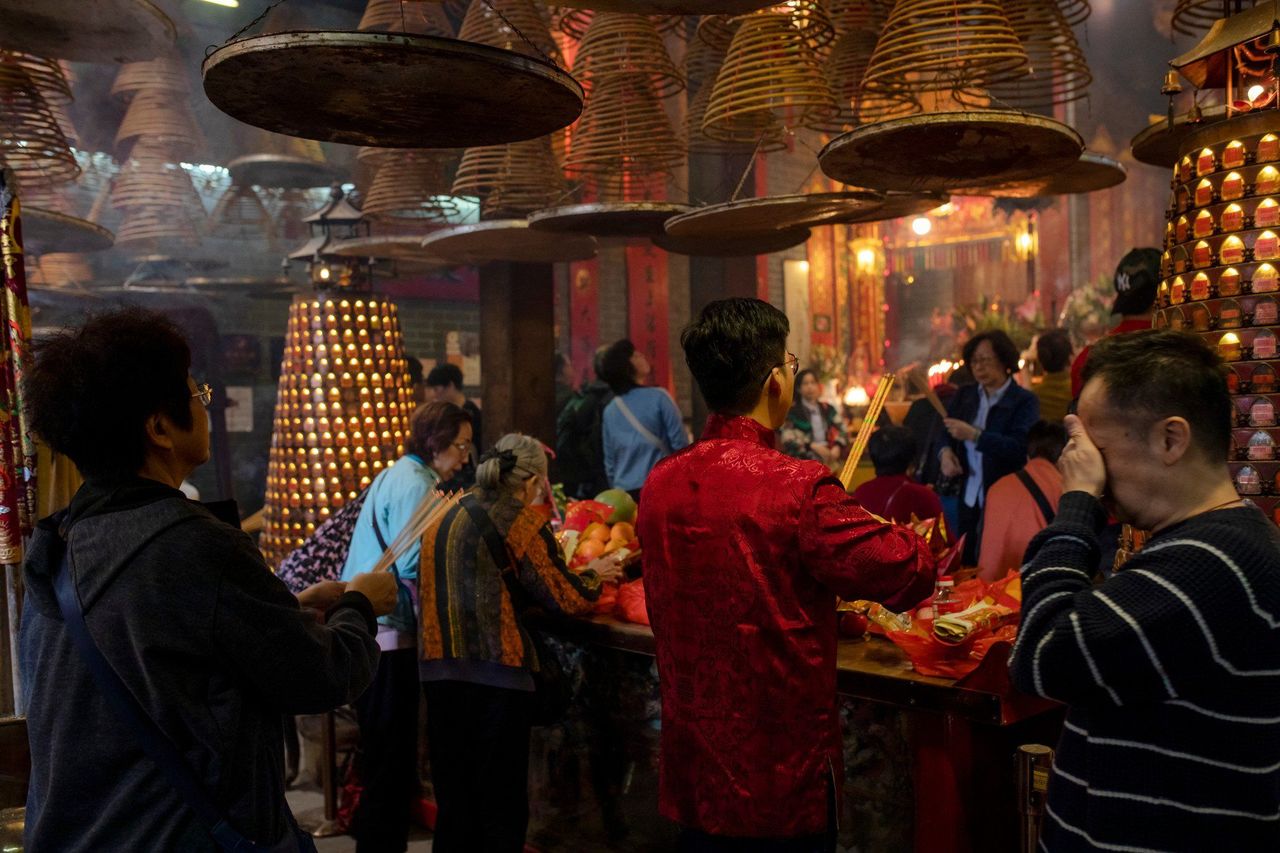 The ritual, held on the 26th day of the first lunar month, involves buying a red piece of paper, which costs HK$50 to HK$60, that has a “value” inscribed on it. This ranges from a few million to billions of dollars of heavenly currency.

The red paper must be returned to the temple before the next Lunar New Year. The amount of the “loan” signifies the degree of luck for the recipient in the new year. The bigger the loan, the more luck they will receive. For a mere HK$60, who wouldn’t want to establish a line of credit with Kwun Yum?

Lunar New Year is also a time to reinforce connections with family and friends. So don’t forget to follow Chinese traditions.

Remember to greet everyone you meet by saying kung hei fat choi (wishing you prosperity) and they will most likely return the favour. Be generous and give out lai see (lucky money in red packets) to the young and people who have served or helped you in the past year, such as the watchman or cleaning staff in your residential block.

Luck and fortune go both ways and they work exponentially. You have to give to receive, so you reap what you sow.

Good luck with sharing luck and fortune with others. Kung hei fat choi!