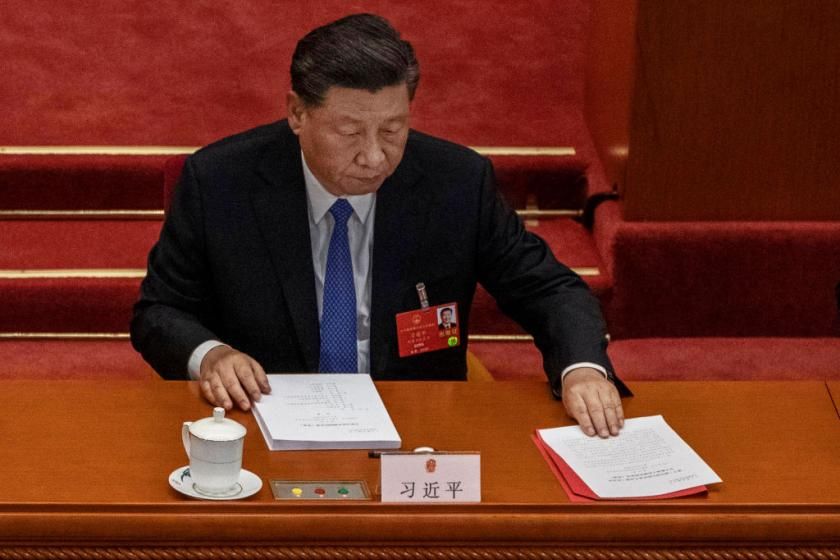 American officials familiar with a new internal report conducted by U.S. intelligence agencies said the findings affirm previous claims that local officials in Wuhan and Hubei Province hid coronavirus information from Beijing at the beginning of the pandemic, The New York Times reports.
The U.S. report certainly doesn't exculpate the central government from wrongdoing, which occurred at all levels of the Chinese Communist Party, but it does make for a more nuanced reading of the pandemic's origins and complicates the Trump administration's narrative pinning the spread of the virus directly on Beijing's malfeasance.

Michael Pillsbury, a China Scholar at the Hudson Institute who informally advises Trump, said "it makes a huge difference" if Wuhan officials were actually shielding the central government from key information.

If Chinese President Xi Jinping wasn't primarily responsible for any cover-ups, Pillsbury told the Times, then his subordinates likely had not engaged in "total deceit" on the coronavirus. That could reopen a door for "good-faith negotiations" between Washington and Beijing that have stalled in large part due to divisions over the virus.

Pillsbury, for what it's worth, is a proponent of the U.S. competing with China, but also wants the U.S. to stick to the January trade agreement signed by Trump and Xi. Read more at The New York Times.
#Coronavirus
Add Comment