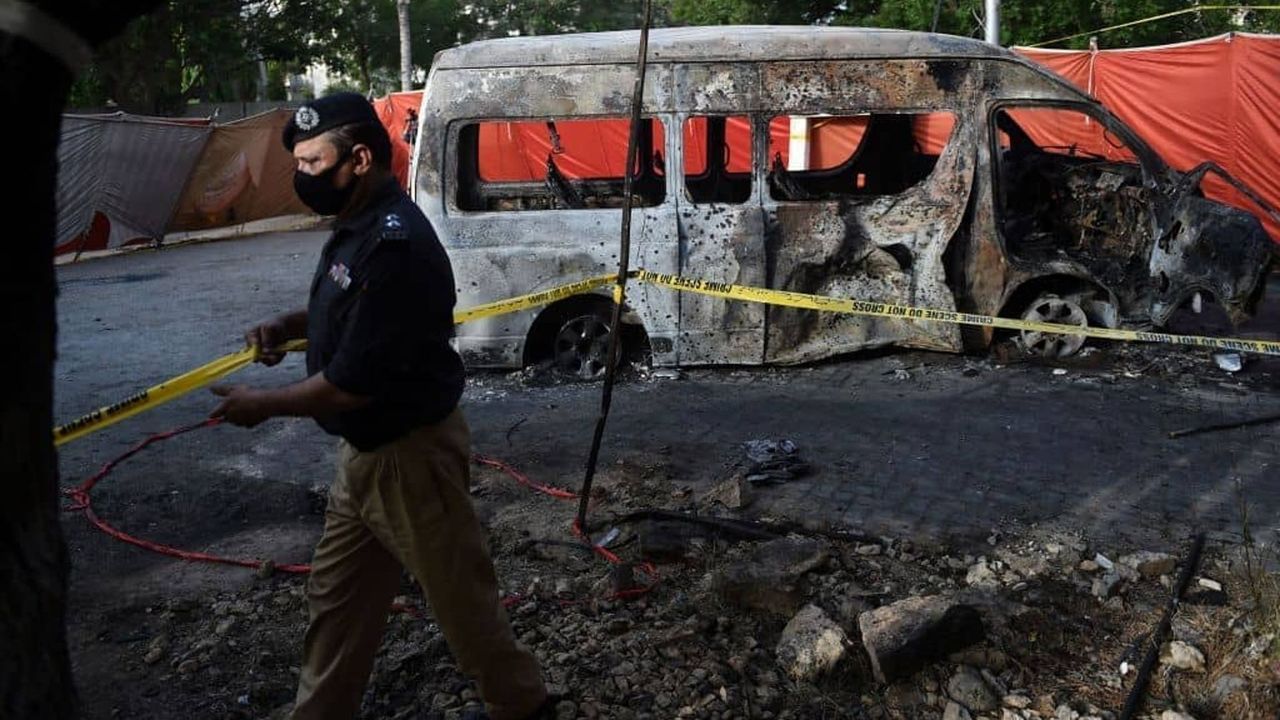 Why terror groups are targeting Chinese nationals in Pakistan

female suicide bomber killed three Chinese teachers and a local driver at Karachi University in Pakistan this week. The separatist militant group, the Baloch Liberation Army (BLA), claimed responsibility for the attack which targeted a Chinese language centre at the university.
The Confucius Institute, the BLA said in a statement, was a ‘symbol of Chinese economic, cultural and political expansionism.’ The suicide bomber was a 31-year-old schoolteacher with a master’s degree who read Arundhati Roy and Richard Dawkins.

This isn’t Pakistan’s first anti-China attack. The BLA has recently targeted the Chinese consulate, a five-star hotel, and the stock exchange. The group has also targeted and killed Chinese workers employed in the mining and shipping industries in Balochistan.

The BLA has also been fighting the Pakistan army, launching its deadliest spate of attacks in Balochistan’s Panjgur and Noshki districts this February, intending to coincide with the then prime minister Imran Khan’s trip to China. The BLA claimed to have killed 100 Pakistani soldiers in the February attacks, even though the Pakistan army maintained that only ten of its men had died, with 20 BLA members killed in the military operation.

These attacks are not coincidental and are part of the BLA’s wider aim of fighting a war of independence for Balochistan. Pakistan’s largest, mineral-rich province was an independent khanate before it was usurped by the newly formed Muslim-majority state. In 2006 the killing of the tribal chief Akbar Bugti by Pakistani troops unleashed the latest round of military operations, with the Pakistan army reasserting control over the region. Still, even mainstream Baloch nationalists claim that the province is under occupation, with the veteran Baloch politician Akhtar Mengal in 2020 using the term ‘occupied Balochistan’ in the National Assembly.

Since 2015, with the inauguration of the $62 billion China Pakistan Economic Corridor (CPEC), Baloch separatists have begun to see Beijing as the upholder of this occupation as well. Not only is China calling the shots when it comes to corridor, it has allied with the Pakistan military to exploit Balochistan’s resources and deny the locals any share. In December, locals led protests which lasted for months in Gwadar, the gateway to CPEC.

China’s treatment of its own Muslim citizens has also inflamed the situation. The economic corridor connects Balochistan in Pakistan with Xinjiang in China, where Beijing is suppressing its Uyghurs in concentration camps. Many Islamists have been motivated by the persecution of Uyghur Muslims to open another front against Beijing, with jihadist groups like the Pakistani Taliban also targeting China. In July last year, nine engineers were killed in explosion near Pakistan’s Dasu hydroelectric dam. And in April the Pakistani Taliban bombed a luxury hotel in the provincial capital Quetta where the Chinese ambassador was staying.

Many jihadist groups see China as the next coloniser that needs to be driven away following the Afghan Taliban ‘triumph’ against the US in Afghanistan last year. They also feel betrayed by the Afghan Taliban itself, which is not only subservient to Beijing, but also helping China persecute Muslims by handing over Uyghurs that have escaped China, all the while claiming to be speaking up for Islam and Muslims everywhere else in the world.

For decades, Balochistan has been deliberately maintained as a hub of volatility by Pakistan’s rulers, in order to justify the military’s control and also to sustain jihadist groups as its own strategic assets, including members and past leaders of the now Taliban regime in Afghanistan. The Pakistan army has also used its jihadist assets to target separatist groups, including militia, in Balochistan and Khyber Pakhtunkhwa. Arbitrary killings, abductions, and human rights abuses on the part of the Pakistani state have added further fodder to separatist terror groups.

Now this multipronged terror threat is engulfing ordinary Chinese teachers and engineers doing their jobs in Pakistan. Militia like the BLA are not only taking Chinese lives, they are also further endangering Baloch citizens and students who are being targeted with impunity by the state.

While killing of innocent civilians cannot be justified, far too many terror groups around the world have been glorified in the name of resistance, with even the Taliban described in some quarters as fighters against foreign occupation.

In a world where most will not have heard of Balochistan, local rebels are increasingly resorting to the grotesque spectacle of terrorism. But this gory cycle of violence has been repeated far too many times around the world to begin sympathising with the long-abandoned Baloch cause.
#Afghanistan
Add Comment